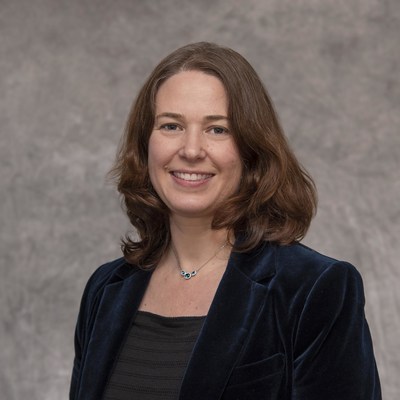 "We are honored and delighted to have these exceptional lung cancer experts join our SAB," commented Dr. Politi. "Advancing the most promising science in lung cancer is of utmost importance to the SAB and we are thrilled to have these leaders committed to fostering lung cancer research join the Board. This expansion is an important step as we work towards meeting our strategic objective of tripling LCRF's research investment by the end of 2024."

LCRF's new members of its Scientific Advisory Board:

Chiara Ambrogio, PhD – Associate Professor, University of Torino
Dr. Chiara Ambrogio received her BS/MS in Medical Biotechnology (2004) and her PhD (2008) in Immunology and Cellular Biology from the University of Torino, Italy, focused on the ALK oncogene. For her postdoc training, in 2009 she joined the lab of Mariano Barbacid in the Molecular Oncology Program at the CNIO, Madrid, Spain. She later moved to the Medical Oncology Department at the Dana-Farber Cancer Institute (DFCI) in Boston to complete her translational training in Pasi Janne's lab as a Senior Scientist (2016-2019). At the end of 2018 she was awarded the "Armenise-Harvard Career Development Award" (CDA) that allowed her to establish her independent lab at the Molecular Biotechnology Center (MBC), University of Torino, where she is also affiliated as an Associate Professor of Molecular Biology. The research focus of Dr. Ambrogio's lab is to characterize the "KRAS signalosome", defined as the functional protein complex engaging KRAS and related effectors, modulators, and adaptors at the cell membrane.

Colleen Conner Ziegler – LCRF Board of Directors and lung cancer patient
Colleen Conner Ziegler, a lung cancer survivor and active patient advocate, was diagnosed in May 2015 at the age of 58 with Stage IV ALK positive non-small cell lung cancer (NSCLC.) She began, and is currently receiving, alectinib as her first line of treatment and recognizes that research has made her treatment possible. After a 22-year career in the pharmaceutical industry, Ms. Conner Ziegler served in a variety of community-focused endeavors, including service on several Boards of Directors and Advisory Boards. Her primary focus prior to her diagnosis was on children's education as well as women's health issues. Following her lung cancer diagnosis, she turned her focus to lung cancer advocacy. She is a current member of LCRF's Board of Directors, serves on the Department of Defense Lung Cancer Research Program advisory committee, and has co-founded, and remains active with, several patient-focused lung cancer advocacy organizations focused on ALK-positive lung cancer research.

Ibaiyi Dagogo-Jack, MD – Assistant Professor of Medicine (Harvard Medical School), Thoracic Oncologist, Massachusetts General Hospital
Dr. Ibiayi Dagogo-Jack received her bachelor's degree in Biological Sciences from Vanderbilt University (2007). She then received her medical degree from the University of Chicago Pritzker School of Medicine (2011). She trained in internal medicine at Brigham and Women's Hospital through 2014. Following residency, she completed a hematology/oncology fellowship in the combined Massachusetts General Hospital/Dana-Farber Cancer Institute program in 2017, after which she joined the faculty as a medical oncologist focused on thoracic cancers. Her research is focused on understanding mechanisms underlying resistance to lung cancer targeted therapies and developing clinical trials to evaluate novel combinations in lung cancer and mesothelioma. Notably, Dr. Dagogo-Jack's research team has led studies characterizing resistance to treatments for fusion-driven lung cancer, including strategies to overcome resistance to next- generation ALK inhibitors.

Alexander Drilon, MD – Chief, Early Drug Development Service, Memorial Sloan Kettering Cancer Center
Dr. Alexander Drilon received both his B.S. (1999) in Biology and MD (2004) from the University of the Philippines. In 2018 he became an Associate Attending of Medical Oncology and Associate Professor of Medicine at Weill Cornell Medical College. Most recently, in 2020 Dr. Drilon also took on the role of Chief of the Early Drug Development Service at Memorial Sloan Kettering Cancer Center. As a medical oncologist who specializes in the treatment of lung cancer, working with a team of experts including surgeons, radiation oncologists, pathologists, and nurses, his goal is to provide the best possible care and support for patients and their families. As a member of the Thoracic Oncology Service, his research is focused on developing new treatments for lung cancer, with a particular interest in studying ways to target molecular changes in patients' tumors with new medicines. Dr. Drilon also specializes in early-phase clinical trials and is a member of MSKCC's Developmental Therapeutics group. Its aim is to bring new drugs to patients with all types of cancer, particularly those for whom standard treatments have been exhausted. Dr. Drilon is also a former LCRF grantee.

Loretta Erhunmwunsee, MD – Thoracic Surgeon, Assistant Professor, Division of Thoracic Surgery and Assistant Professor, Division of Health Equities, City of Hope Cancer Center
Dr. Loretta Erhunmwunsee graduated Phi Beta Kappa from Emory University (2000) in Atlanta and received her medical doctorate from Harvard Medical School (2005) in Boston, graduating magna cum laude. Board-certified in general and thoracic surgery, Dr. Erhunmwunsee has been the recipient of numerous honors and awards, including the World Congress on Lung Cancer Young Investigator's Award (2009) and the LCRF William C. Rippe Award for Distinguished Research in Lung Cancer (2021.) She was chosen as an NIH/NMA Academic Career in Medicine Fellow in 2015 and was chosen as a Feagin Leadership Scholar from Duke University in 2014. Dr. Erhunmwunsee is also the recipient of the Peter C. Pairolero Scholarship Award which she received in 2015 from the General Thoracic Surgical Club. Dr. Erhunmwunsee is a health services researcher who deeply desires to lead investigations that benefit the African American community and contribute to health equity. As an African American woman who grew up in the housing projects of Birmingham, Alabama, she has long observed that neighborhoods impact health and quality of life, and possesses a clear, personal understanding that structural racism exists and harms.

Sarah Goldberg, MD, MPH – Associate Professor of Internal Medicine (Medical Oncology); Associate Director, Hematology/Oncology Fellowship Program; Research Director, Center for Thoracic Cancers, Yale School of Medicine
Dr. Sarah Goldberg received her MPH from Harvard School of Public Health and her MD from Mount Sinai School of Medicine (2006) She completed her residency at Massachusetts General Hospital (2009) and was a Fellow at Dana-Farber Cancer Institute (2012). She specializes in the treatment of thoracic malignancies and is the Research Director of the Center for Thoracic Cancers and the Associate Director of the Hematology/Oncology Fellowship Program at Yale. Her research interests include personalized medicine and immunotherapy for non-small cell lung cancer, with a particular focus on EGFR mutation-positive lung cancer and brain metastases.

William Lockwood, PhD – Senior Scientist, BC Cancer Research, Integrative Oncology
Dr. William Lockwood received his BSc in Microbiology and Immunology from the University of British Columbia (2004) and completed his PhD in Pathology and Laboratory Medicine (2009) at the same university, training with the lung cancer research group at BC Cancer Research Centre where he aimed to characterize the genetic mechanisms underlying development of different lung cancer subtypes. He pursued postdoctoral studies as a CIHR Jean-Francois St. Dennis Fellow in Cancer Research in the laboratory of Nobel laureate Dr. Harold Varmus, first at Memorial Sloan Kettering Cancer Center, New York, and later at the National Human Genome Research Institute in Bethesda, MD. There, he focused on utilizing mouse models of lung cancer to study mechanism of lung cancer initiation, progression and response to therapy and identifying novel therapeutics for lung cancer treatment. Dr. Lockwood returned to the BC Cancer Research Institute to begin his own research group in 2014 with a focus on understanding lung cancer biology using integrative genomics approaches. His lab has specific interest in dissecting genes and signalling pathways that drive lung cancer development and targeted therapy resistance, using both model systems and genomic data from patients for this purpose. He is the recent recipient of the Michael Smith Foundation for Health Research Scholar and the International Association for the Study of Lung Cancer Young Investigator awards. Dr. Lockwood is a 2020 LCRF research grant recipient.

Kathryn O'Donnell, PhD – Associate Professor, Molecular Biology, UT Southwestern
Kathryn O'Donnell received her B.S. in Genetics from Cornell University and her Ph.D. in Human Genetics from Johns Hopkins School of Medicine (2005). In 2011, Dr. O'Donnell was recruited to UT Southwestern Medical Center as an Assistant Professor in the Department of Molecular Biology and received a Cancer Prevention and Research Institute of Texas (CPRIT) Recruitment of First-Time Tenure-Track Faculty Member Award. Her current work is focused on understanding the mechanisms that contribute to lung tumor initiation, progression, and metastasis and applying insights from these studies towards the development of new therapies for lung cancer. Several projects investigate the regulation and function of oncogenic cell surface receptors using molecular and biochemical studies, functional genetics, and mouse models. Her research is supported by awards from the National Cancer Institute (NCI), the Department of Defense (DoD), the V Foundation, the LUNGevity Foundation, the Welch Foundation, and CPRIT.

Hilary Robbins, PhD, MPH – Research Scientist, Epidemiology, International Agency for Research on Cancer
Dr. Hilary Robbins earned Masters degrees in international health (2012) and biostatistics (2017) and a PhD in epidemiology at Johns Hopkins Bloomberg School of Public Health (2018). She also completed a postbaccalaureate fellowship in the Infections and Immunoepidemiology Branch of DCEG. Her current research is focused on risk-tailored approaches to early cancer detection, using tools such as risk prediction models and biomarkers. At the International Agency for Research on Cancer, Lyon, France, Dr. Robbins co-leads cohort consortia focused on human papillomavirus-related cancers and lung cancer. She is the recipient of LCRF's 2020 William C. Rippe Award for Distinguished Research in Lung Cancer.

Julien Sage, PhD - Professor of Pediatric Cancer and Genetics, Stanford University
Dr. Julien Sage completed his B.Sc. in Molecular Biology from Ecole Normale Superieure in Paris, France (1992) and completed his Ph.D. in Developmental Biology at the University of Nice, France (1998.) He finished his post-doc at the Massachusetts Institute of Technology (2003) in cancer biology. Currently, he is a Professor at Stanford University in the Pediatrics and Genetics departments, where the Sage lab's research program focuses on the mechanisms that control the proliferation of mammalian cells under normal and pathological conditions (regeneration, cancer), with a particular emphasis on stem cells and gene regulatory networks. His lab uses genome-editing strategies to develop and study genetically engineered mouse models for human cancers, including lung cancer, pancreatic cancer, and liver cancer. Dr. Sage's work spans the investigation of fundamental biological processes to the implementation of clinical trials based on findings in pre-clinical models. Dr. Sage received funding from UALC, one of the legacy organizations that became LCRF.

The Lung Cancer Research Foundation® (LCRF) is the leading nonprofit organization focused on funding innovative, high-reward research with the potential to extend survival and improve quality of life for people with lung cancer. LCRF's mission is to improve lung cancer outcomes by funding research for the prevention, diagnosis, treatment, and cure of lung cancer. To date, LCRF has funded 394 research grants, totaling nearly $39 million, the highest amount provided by a nonprofit organization dedicated to funding lung cancer research. For more information, visit lcrf.org.