ROCKVILLE, Md., Feb. 19, 2021 /PRNewswire/ -- ExeGi Pharma LLC ("ExeGi"), a company focused on developing live biotherapeutic ("LBP") drugs and probiotics, announced today that the United State Court of Appeals for the Fourth Circuit has upheld a prior $15 million jury verdict in which the sellers of the VSL#3® probiotic were found liable for false advertising. 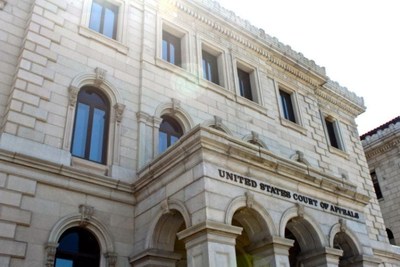 Today's judgment affirms the findings from a 2018 trial in the U.S. District Court for the District of Maryland, which was brought by ExeGi and Professor Claudio De Simone, an inventor of probiotic products. The original case sought to declare that Professor De Simone owned the rights to a proprietary probiotic formulation (known as the De Simone Formulation and sold under the trademark "Visbiome®") and to find the sellers of the competing product, named "VSL#3®", liable for false advertising under the Lanham Act. The De Simone Formulation is one of the most well-studied probiotics on the market, with over 70 human clinical trials going back over 20 years. The product is used as a medical food to help in the dietary management of dysbiosis in patients with certain gastrointestinal and liver-related conditions.

Prior to 2016, the formulation was sold by various commercial parties under license agreements with the inventor and using the brand name, "VSL#3". When the inventor decided to terminate these commercial agreements, the ownership of the product formulation stayed with De Simone and the trade name, VSL#3, stayed with the old license partner VSL Pharmaceuticals. Without access to the formulation, VSL Pharmaceuticals attempted to create a copy of the product and pass it off as the original, selling it under the VSL#3 name and proclaiming it to be the same without any supporting clinical data. At trial, ExeGi and De Simone were able to show that the copy was not the same formulation, making claims of equivalence to be false and misleading. In the unanimous opinion, the three-judge panel of the Fourth Circuit Court of Appeals upheld the jury verdict from the previous trial and several key post trial decisions were made by the U.S. District Judge.

"I'm very pleased by the decisions of the appeals court in this case, after fighting for the health of patients for so many years," said Professor Claudio De Simone. "When my prior partners attempted to copy my product, I was very fearful that patient health outcomes could be at risk because their new formulation was untested. I took this extraordinary step of engaging in a multi-year litigation so that patients would no longer be misled."

The appellate judgment also affirmed the core of a permanent injunction which is intended to prevent the sellers of VSL#3 from creating a false continuity between their new copy product and the original De Simone Formulation. In a separate legal action, a Class Action lawsuit has been filed by consumers who claim to have been harmed by the false advertising statements of the VSL#3 sellers. The Class Action seeks damages for a nationwide class of consumers under the civil RICO laws and for subclasses of purchasers under the consumer protection laws in nine states.

About Visbiome
Visbiome® is a high potency probiotic consisting of eight strains of live, freeze-dried lactic acid bacteria. The product is a medical food of the dietary management of dysbiosis associated with ulcerative colitis, irritable bowel syndrome (IBS), hepatic encephalopathy and pouchitis. Visbiome is a non-drug therapy that addresses distinct nutritional requirements, to promote microbial balance, in people with IBS, ulcerative colitis, pouchitis, and hepatic encephalopathy. Visbiome contains the original "De Simone Formulation" blend which has been the subject of extensive clinical investigation over more than two decades. The formulation is sold under the brand name Vivomixx® in Europe. Patients should consult with a physician before taking Visbiome.