Sanpower Group Completes The Acquisition Of Dendreon From Valeant

for $819.9 million in cash. Dendreon's core product, PROVENGE, is the first and only FDA-approved cellular immunotherapy for prostate cancer. 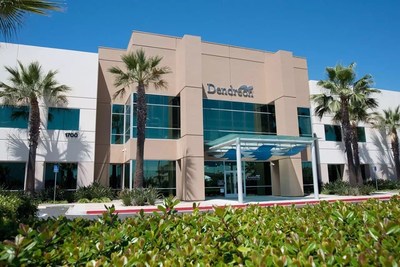 PROVENGE was officially approved by U.S. Food and Drug Administration in April 2010 for treatment of asymptomatic or minimally symptomatic metastatic castration-resistant prostate cancer (mCRPC). More importantly, PROVENGE, for the first time, has systematically and clinically proven that immune system can effectively curb tumors and prolong life expectancy, thus opening the door to immunotherapy.

PROVENGE has treated more than 20,000 patients since its entry to the US market in 2010, and its efficacy and safety have been fully confirmed. PROVENGE is reimbursed by the vast majority of insures, including Medicare contractors and commercial plans.

Sanpower Group intends to maintain the continuity of Dendreon's US team, and facilitate the company's continued steady growth through a number of approaches. In particular, Sanpower plans to promote PROVENGE's penetration outside of the US, starting with China and Southeast Asia. Sanpower Group currently possesses the largest umbilical cord blood banking operations in China and Southeast Asia, and services more than six million senior care customers and operates a market-leading genetic testing business in China -- all business lines with great synergy potential. The Group's extensive resources in Asia will enable Dendreon to expand its geographic coverage, explore additional clinical programs and enrich its transaction pipeline with a view to maximize the company's commercial and clinical potential.

Established in 1993, Sanpower Group has become one of the largest, private conglomerates in China. Headquartered in Nanjing, it offers a global platform for its three primary sectors: Healthcare, Retail and Financial Services. Sanpower Group has controlling stakes in more than 100 subsidiaries and has a 100,000-strong global workforce, including 40,000 based internationally. Sanpower Group currently generates over RMB 120 billion in annual revenue. For more information, please visit http://en.sanpowergroup.com/.

In fact, Sanpower Group previously acquired AnKangTong, Natali, and A.S. Nursing Company. In 2016, the group announced the acquisition of China Cord Blood Corporation and Shandong Cord Blood Bank, this means that it has emerged as the world's largest cord blood banking operator. The group also owns many medical and health institutions.

The acquisition of PROVENGE is an important step in the area of precision medical treatment for Sanpower Group. The big data from its cord blood bank provides the foundation for precise medical care. The acquisition of PROVENGE has allowed the group to expand its umbilical cord blood bank from the basics to its practical application, and has taken a strategic step in further laying out precise medical care.

The incidence of prostate cancer increases significantly in China. According to sampling survey, the incidence of prostate cancer in China increased by 10 times within 20 years. Therefore, PROVENGE in China will have broad market and prospects for development. "We aim to introduce one of the most advanced medical technologies and treatments to China and also other major Asian markets, and make Sanpower Group a leading Chinese enterprise in cellular immunotherapy," said Yuan Yafei, Chairman of Sanpower Group.

Dendreon is a healthcare company whose mission is to transform lives through the discovery, development, commercialization and manufacturing of novel personalized immune-therapeutics for cancer. Dendreon manufactures PROVENGE® (sipuleucel-T), which was approved by the U.S. Food and Drug Administration in April 2010. Dendreon is exploring the application of additional product candidates for the potential treatment of a variety of cancers. Dendreon is headquartered in Seal Beach, Calif. For more information, please visit http://www.dendreon.com.

To view the original version on PR Newswire, visit:http://www.prnewswire.com/news-releases/sanpower-group-completes-the-acquisition-of-dendreon-from-valeant-300481852.html