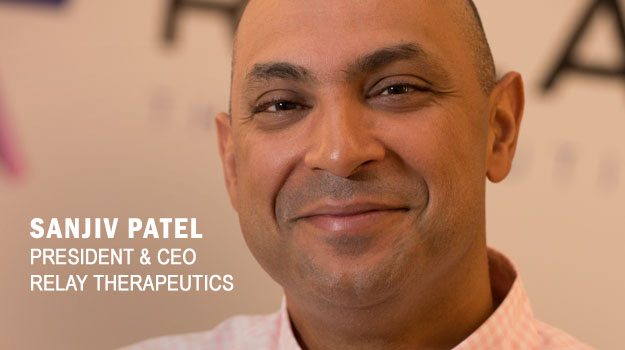 Relay Therapeutics gave Third Rock Ventures and its other investors news they could appreciate on Friday, announcing interim phase I data that support the potential of its FGFR2 inhibitor, RLY-4008, to treat intrahepatic cholangiocarcinoma, a form of liver cancer that develops in the cells of the bile ducts.

The Cambridge, Mass.-based biotech, which launched with $57 million in Series A financing led by Third Rock and went public in June 2020 in a $200 million initial public offering (IPO), was No.3 on BioSpace’s NextGen Bio Class of 2018 list.

The data, which Relay will present Friday at the virtual AACR-NCI-EORTC Molecular Targets Conference, indicates that RLY-4008 is the first investigational therapy designed to selectively bind to FGFR2 to avoid off‐isoform toxicities in treating patients with FGFR2-altered tumors.

Of the 48 patients in the Phase I clinical trial tested with varying dosing regimens, six were treated with currently approved anti-FGFR2 drugs, Pemazyre, made by Incyte Corporation and QED Therapeutics Truseltiq. These were patients suffering from bile duct cancer caused by an FGFR2 fusion to another gene, which happens in a percentage of cases. Of these six, three had a partial response (PR) with their tumors shrinking by more than 30%. Some amount of tumor shrinkage was demonstrated in all six. While early, this puts the drug in a potentially good position against its competitors.

Relay believes that its Dynamo platform elevates traditional structure-based drug design into a next-generation version offering high site-specificity that limits side effects such as hyperphosphatemia (an overproduction of phosphate in the blood) and diarrhea. The early data reflected this, though, in a twice-daily dosing regimen, the numbers increased from 16% and 3% to 24% and 12% respectively.

“This is a clear validation of our Dynamo platform,” said Relay President and Chief Executive Officer Dr. Sanjiv Patel, M.D. on a Friday afternoon investor call. “We believe RLY-4008 has promising initial safety and tolerability data and expect to select a recommended phase II dose optimized for safety without compromising efficacy.” He added that Relay will commence with opening expansion cohorts prior to the end of 2021.

Patel also noted that Relay is excited by the implications of the data for the other programs in its precision medicine portfolio. Besides RLY-4008, Relay is developing RLY-1971, an inhibitor of the protein tyrosine phosphatase SHP2, which is also in phase I studies in patients with advanced or metastatic solid tumors. A third program, RLY-2608, is an inhibitor of PI3Kα, the central regulator of a signaling pathway that has been linked to a diverse group of cellular functions related to cancer including cell growth, proliferation and survival. This program is currently in preclinical studies.

Overall, Patel added, “we have met or exceeded every one of the goals we have set for ourselves.” It is the first clinical update the company has given since its 2016 inception. In the company update, Patel also noted that Relay has expanded its team to well over 200 individuals.