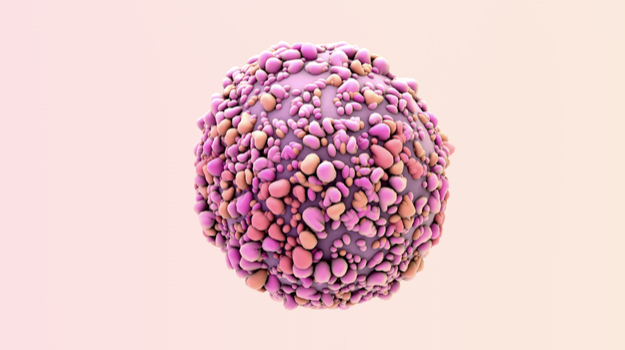 Charles Morris, chief medical officer for Waltham, Mass.-based Radius Health, is eying the day that there will be better outcomes for breast cancer patients who have developed tumors resistant to current treatments. If things continue to go well, Radius may be able to provide those options.

BioSpace spoke with Morris following 2018 San Antonio Breast Cancer Symposium held earlier this month about some of the progress Radius has been making with its oncology pipeline, particularly regarding breast cancer. While there are treatments for breast cancer and its various mutations, Morris said that researchers continue to see patients developing resistance to some of the treatments.

“If we can provide new and well tolerated and effective hormonally therapies, we can hopefully have some better outcomes,” Morris said in an exclusive interview.

Radius has initiated its Phase III EMERALD study that will evaluate elacestrant as a second- or third-line monotherapy for the treatment of postmenopausal women with advanced/metastatic ER-positive (ER+)/HER2-negative (HER2-) breast cancer. If successful, the trial is intended to support applications for regulatory approval in the United States, Europe and other markets. Morris said that the company has seen some “interesting data” from previous trials with elacestrant. The Phase III trial will compare elacestrant to the standard of care for this type of breast cancer, he said.

Morris said that elacestrant has the potential to provide breast cancer patients with an effective hormonal therapy following treatment after a CDK 4/6 inhibitor. He said that the Phase III study is the first to evaluate treatment benefits for second- and third-line breast cancer patients following CDK 4/6 inhibitor therapy. He also noted that the trial will compare outcomes in patients whose tumors harbor ESR1 mutations.

“We’re trying to establish an option for these patients,” he said.

Radius’ elacestrant was recently awarded Fast Track Designation for the hormonal treatment of men and women with advanced ER+/HER2- breast cancer who have received at least 1 prior line of endocrine therapy, including prior cyclin-dependent kinase (CDK) 4/6 inhibitor therapy in combination with AstraZeneca’s fulvestrant or an aromatase inhibitor.

While Radius does not have long-term data in this population of patients, Morris said the company believes it can establish elacestrant as a go-to drug in this setting. Morris noted that about 70 percent of breast cancer patients have estrogen positive breast cancer. In those patients, there has been an increased use of CDK 4/6 inhibitors as treatments. As some patients have failed to respond to that treatment, Morris said he hopes that elacestrant will be there as a treatment option.

Once the Phase III trial is fully enrolled, Morris said they hope to see data by 2021.

In addition to the Phase III elacestrant study, Morris also pointed to an early-stage study that he hopes will become a promising asset for the company -- Rad140. Calling Rad140 an “interesting approach,” Morris said it targets the antigen receptor, which is expressed in about 90 percent of patients. In preclinical studies, he said they have seen the suppression of estrogen-driven genes. The company is enrolling patients in a Phase I study of Rad140 to determine the maximum tolerated dose.

Looking ahead at the coming year, Morris said Radius has will be busy with the breast cancer assets, as well as the commercialization of Tymlos (abaloparatide) injection, which was approved last year by the FDA for the treatment of postmenopausal women with osteoporosis at high risk for fracture.

“We have a lot of work going on in the R&D space,” Morris said.