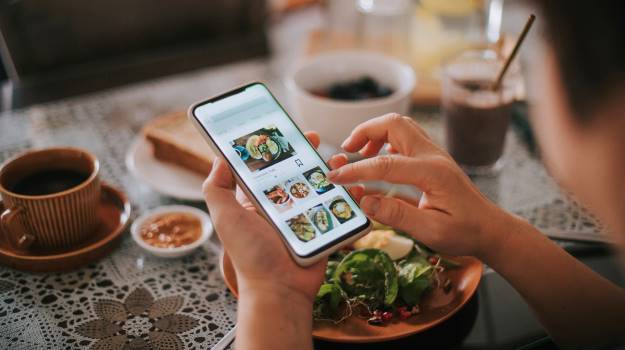 Precision nutrition therapy, linked to tumor genotype, organ of origin and therapy can be as effective as chemotherapy in slowing or even halting tumor growth, according to early data from Faeth Therapeutics.

Clinical trials are underway now, but preclinical models within the company indicate that pairing specific cancer treatments with precision nutritional interventions increased treatment efficacy by as much as 500%. In another example, studies showed that pancreatic cancer organoids that experienced amino acid restriction decreased growth by about 50% versus those only treated with gemcitabine and paclitaxel (Gem-Pac). When precision nutrition (NEAAR – non-essential amino acid restriction) and Gem-Pac were combined, tumor organoids were less than one-third the size of those treated by Gem-Pac alone, and about half the size of those treated only with precision nutrition.

Unless nutrition is considered in the context of treatment, “we are putting therapeutics into the wrong environment, where they are not as successful as they could be,” Parikh said.

“If you think about metabolism, it can be boiled down into nutrients that are channeled through active metabolic pathways that generate output in the form of proteins, macromolecules, etc. Most of the focus in drug development is in mutations within signaling pathways, and those mutations affect metabolism. What we’re doing is changing the inputs of the process by removing from the diet the excess nutrients that are necessary for specific cancer cells to grow and proliferate,” he explained. “When that happens, the tumor has no option but to decrease in size and rate of proliferation.”

Precision nutritional intervention is designed to have lower impact on healthy cells, however. Faeth focuses on nutrients for which the tumor has excess demands. Many tumors, for example, need extra serene and glycine to proliferate. “Serine helps create DNA, and glycine is a precursor for glutathione, which helps tumors defend against chemotherapy and radiotherapy,” Parikh said.

The approach is specific to the tumor and the therapy, he emphasized. “Rather than saying ‘eat a ketogenic diet,’ our interventions are tailored in a way that’s drug-like.”

Clinical trials are underway for metastatic pancreatic and colorectal cancers, as well as for Pik3CA mutant-clear cell ovarian, endometrial and colorectal cancers. The studies typically include tumor biopsies to identify the tumor genotype. Readouts are expected to begin at the end of 2022 and will carry over into 2023. “So far, safety signals are strong,” he said.

“It’s still early days,” Parikh cautioned, “but we’re learning that patients have an incredible appetite for this kind of intervention.” They want some degree of control over an aspect of their care. Physicians are excited, too, because they have precise data showing specific links between tumors and nutrition from world-class opinion leaders and pioneers in oncology. To them, “That says someone finally has cracked the code.”

Before founding Faeth, the company’s scientific founders studied the relationship between cancer and nutrition preclinically for a decade. “They derisked it as much as possible in that setting. Faeth translates their work into the clinic,” he said.

Parikh called the company’s mission “a moral imperative. We have to see whether nutrition is the fifth pillar of cancer care.” Parikh believed in that possibility so much that, having taken his previous company (Virta Health, where he was head of finance, general counsel and corporate secretary) to a $1+ billion valuation, and despite having a baby on the way, he chose to form a new company.

Machine learning is one of the key technologies that makes Faeth’s approach possible. Its proprietary system, MetabOS™, maps the entire universe of tumor vulnerabilities based upon the tumor’s genotype, organ of origin and the therapy administered to the patient. Then it identifies precision nutritional interventions based upon specific nutrient vulnerabilities.

Results, for example, may indicate that a particular pancreatic tumor is vulnerable to alanine restriction, or that patients with KRAS wild-type tumors who are receiving the new Amgen KRAS drug should be assigned a certain diet, he said.

With such insights, Faeth also is developing new metabolic therapies for cancer. It has in-licensed a kinase inhibitor, serabelisb, and has paired it with a precision diet.

For the nutritional component of the intervention, Faeth ships tailored meals to patients twice weekly. “If you were advised to remove serine and glycine from your diet, you probably wouldn’t know where to start,” Parikh pointed out. Working from a list of dietary recommendations isn’t a good option, he said. “Cancer patients have so much going on already that (working from dietary instructions) would be very, very difficult for most.” Therefore, Faeth creates and delivers precision meals.

“The menus are designed by world-class chefs and are made as tasty as possible, given the constraints. An example of a meal designed for an insulin-suppressing diet would be a shrimp salad. One for the non-essential amino acid-free diet would be mushroom stroganoff,” Parikh said.

The program also includes a software intervention. “The app has a registered dietician to guide patients,” Parikh said.

Faeth recently closed a $20 million seed financing round that will help it advance its clinical programs. The round was led jointly by Khosla Ventures and Future Ventures, with participation from S2G Ventures, Digitalis, KdT Ventures, Agfunder, Cantos and Unshackled.