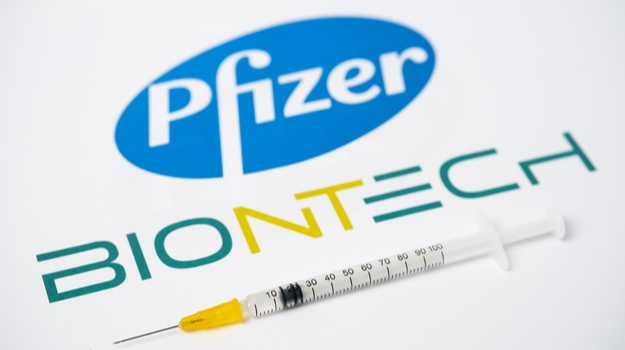 Pfizer and BioNTech announced that their COVID-19 vaccine was probably just as effective against the variant strain of the virus, B.1.1.7, found in the U.K. The variant was believed to have emerged in the U.K. in September 2020 and is noted to be more infectious, although not more deadly than earlier strains. The work hasn’t been peer-reviewed yet, but was published on preprint server bioRxiv.

This is good news, although work will need to be conducted on other variants that are cropping up around the world, particularly the South African variant, 501.V2.

The Pfizer-BioNTech study indicated that they found “no biologically significant difference in neutralization activity” in laboratory tests from the original coronavirus strain and the B.1.1.7. strain. It reported that all mutations found with the new variant were neutralized by the blood antibodies of the 16 participants who had been given the vaccine earlier. However, they warned that global spread of the variants required “continuous monitoring of the significance of changes for maintained protection by currently authorized vaccines.”

Ugur Sahin, co-founder and chief executive officer of BioNTech, told CNBC earlier this month that he believed the vaccine would be effective against the South African variant as well. A study conducted earlier this month that has not been peer-reviewed yet, suggested the vaccine was effective against the South African strain as well as the U.K. strain. That study was conducted by Pfizer and the University of Texas Medical Branch.

In other COVID-19 news, a research letter published in JAMA Network Open reported that the COVID-19 infection rates in U.S. Immigration and Customs Enforcement (ICE) detention centers are significantly higher than in the general population and in surrounding communities. The research was conducted by investigators from the University of Miami in Florida and analyzed data from the COVID Prison Project, the New York Times, and the American Community Survey from May 5 to September 15, 2020.

The study evaluated 167 detention centers. The authors of the study said that it relied on ICE case reporting, so the actual infection rates may be higher than indicated in their study. The ICE facilities have been described, in their report, as “unsanitary, unsafe, and inhumane,” by a whistleblower. The bathrooms are uncleaned and moldy, with limited personal hygiene supplies and medical services. Even outside the context of a global pandemic, the facilities pose health risks to people.

The study noted, “Human rights advocates have called for the release of people detained and the suspension of deportation flights. Thus far, ongoing deportation flights have led to documented spread of coronavirus disease 2019 (COVID-19) in more than 11 countries.”

Another study published in The Lancet Infectious Diseases suggested that in Wuhan, China, children and teenagers were less vulnerable than older individuals to COVID-19 infections. However, teens and children were more likely to spread the disease. The research was led by the Wuhan Center for Disease Control and Prevention. It evaluated 27,101 households of the 29,578 confirmed COVID-19 patients and their 57,581 household contacts in Wuhan from December 25, 2019 to April 18, 2020. Of the household contacts, 10,367 tested positive for COVID-19, while 29,658 tested negative; 17,556 were not tested. The study estimated that 15.6% of household members were infected, but people 60 years of age or older were more likely to be infected than younger people. And children younger than 20 were more likely to infect other people.

Gritstone Oncology, based in Emeryville, California, announced that it is advancing development of its own second-generation vaccine against COVID-19. It inked a deal with the National Institute of Allergy and Infectious Diseases (NIAID) to launch a Phase I trial. It will be run through the NIAID-supported Infectious Diseases Clinical Research Consortium (IDCRC), with support from the Bill & Melinda Gates Foundation.

The vaccine utilizes epitopes—specific parts of known antigens—from the La Jolla Institute for Immunology. It will then deploy its own Gritstone EDGE and vaccine platform technologies to develop a vaccine that contains the spike protein, but other additional viral epitopes that are predicted to be good targets for T-cell immunity. The technology leverages self-amplifying mRNA and adenoviral vectors to deliver the antigens. They hope it will be able to protect against a range of SARS and coronaviruses in case of future coronavirus pandemics.