How Perceptions of High Drug Prices Do Not Necessarily Match Reality 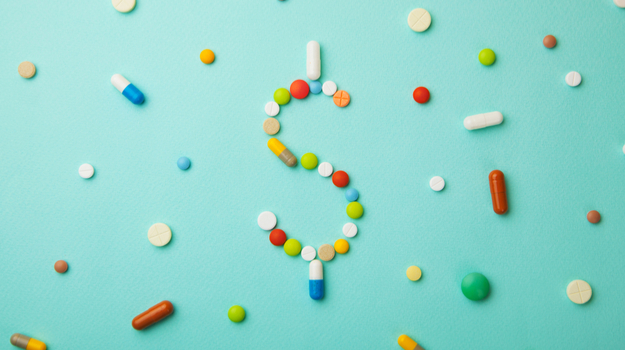 The U.S. public apparently believes that drug prices are too high. At the same time, they seem largely opposed to government efforts to control health care costs, alternately supportive and non-supportive of efforts to eliminate the Affordable Care Act, better known as Obamacare.

There is no doubt that the price of new biologics is astonishingly high, although the industry and payers generally seem accepting of the need to pay for cutting-edge drugs for rare diseases that have no other treatment. There are questions to be asked, however, about why the general public is so negative about the expensive of life-altering treatments. Drug pricing is extremely complicated, with the myriad ways in which drug companies, payers and prescription benefits managers interact to set prices, incur rebates, and provide support for payments.

For example, a poll conducted by the Kaiser Family Foundation (KFF) on public opinion on prescription drugs and their prices between 2015 and 2018, found that 80 percent of the public said the cost of prescription drugs was unreasonable. Then compare that to 74 percent of those polled saying that affording the drugs they take is easy. Perhaps consistent with that figure, 24 percent say they or a family member had not filled a prescription, cut pills in half, or skipped doses because of cost.

Alternately, more than half—56 percent—polled said that the prescription drugs developed over the past 20 years have made the lives of people in the U.S. better. And surprisingly, given common complaints that the U.S. Food and Drug Administration (FDA) doesn’t do enough to encourage drug innovation or inhibits freer access to drugs, 62 percent of those on the poll said there’s not as much regulation as there should be when it comes to limiting the price of prescription drugs.

With all that as a backdrop, Tori Marsh, with the research team at GoodRx, recently pulled together the list of the 20 most expensive drugs based on a monthly supply. Here’s a look at the top 5.

#1. Actimmune by Horizon Pharma, which has a monthly list price of $52,322. Actimmune (interferon gamma-1b) is used to treat infections in patients with chronic granulomatous disease (CGD). CGD causes the immune system to malfunction, which results in a type of immunodeficiency. People with the disease are prone to recurrent bacterial and fungal infections. It can also slow the progression of severe osteopetrosis. Osteopetrosis is sometimes called “marble bone disease,” or Albers-Schonberg disease, and is an extremely rare inherited disease where the bones harden—sort of the opposite of osteoporosis.

#2. Daraprim by Vyera Pharmaceuticals. In 2015, Martin Shkreli, the so-called “pharma bro” and overall poster child for everything wrong with the pharmaceutical industry, started his first big controversy by driving up the price of Daraprim (pyrimethamine) from $13.50 per pill to about $750 per pill. The drug is used to treat AIDS and transplant patients to prevent infection and is also used to treat toxoplasmosis. Despite the controversy, a class-action lawsuit, and Shkreli being ousted from his company and currently serving a seven-year prison sentence for securities fraud, Daraprim still has a high list price, with 60 tablets—enough for one month—costing about $45,000. However, one plus for Daraprim is it’s generally not a long-term treatment.

#3. Cinryze by Shire. A monthly supply of Cinryze (C1 esterase inhibitor), or 16 vials, runs $44,140. The drug is used to treat hereditary angioedema. Hereditary angioedema is characterized by recurrent episodes of severe swelling, most commonly in the limbs, face, intestinal tract, and airway. Episodes in the intestinal tract can cause severe abdominal pain, nausea, and vomiting and in the airway can restrict breathing and cause a life-threatening obstruction of the airway. Marsh notes that due to Shire’s OnePath Co-Pay Assistance Program, patients can usually get the drug for as little as $0.

#4. Takhzyro by Shire. Takhzyro (lanadelumab-flyo) is also used to treat hereditary angioedema and was only recently approved—about three months ago. Patients generally require two vials per month at $22,070 per vial.

#5. Chenodal by Retrophin. Chenodal (chenodiol) is used to dissolve gallstones. Marsh notes that Retrophin was founded by Martin Shkreli. In 2014, while Shkreli was chief executive officer of Retrophin, prices for Chenodal increased by a factor of five. She writes, “What’s more, Chenodal is currently off patent, which means the drug is technically legal for affordable generics to be manufactured. However, Chenodal is protected under what is referred to as a ‘closed distribution system,’ preventing generic manufacturers from developing their own version. The monthly price is about $42,570.

These five drugs should be differentiated from best-selling drugs. In the U.S, as of 2018, the bestselling drugs are:

Comparing prices from drug-to-drug is tricky, because of patient variation, length of treatment based on the disease being treated, and rebates the prescription benefits managers negotiate with payers and drug manufacturers.