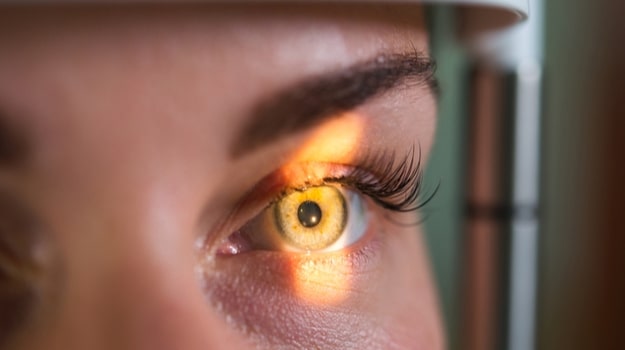 Ocugen, which has faced a string of delays with its Bharat Biotech-partnered vaccine, reported some good news today.

The company, based in Malvern, Pennsylvania, reported that the independent Data and Safety Monitoring Board (DSMB) involved in the Phase I/II trial of OCU400, a gene therapy in development for Retinitis Pigmentosa (RP), recommended the study proceed with enrolling more patients. The trial is evaluating the modifier gene therapy OCU400 for RP caused by mutations in the nuclear receptor subfamily 2 group E member 3 (NR2E3) and Rhodopsin (RHO) genes. Ocugen recently dosed the first patient in the study. The DSMB recommended the company continue enrolling the remaining subjects in the current cohort at the target dose level.

RP is a family of rare eye diseases affecting the retina. RP results in the retina breaking down over time, causing vision loss. Symptoms typically begin in childhood, but the majority of patients eventually lose most of their vision. The most common early symptom is loss of night vision.

Ocugen’s modifier gene therapy platform targets nuclear hormone receptors (NHRs) that regulate a number of retinal functions. This allows it to potentially address a range of different gene mutations, and multiple retinal diseases, with one therapy.

Otherwise, most of the news about Ocugen has revolved around its partnership with Bharat Biotech to develop and distribute Bharat’s COVID-19 vaccine in North America. On March 4, the U.S. Food and Drug Administration rejected Ocugen’s Emergency Use Authorization (EUA) request for the vaccine, Covaxin, in children 2 to 18 years. The same week, the company reported the FDA had lifted a clinical hold on the Investigational New Drug Application for the vaccine, which was placed in November 2021. That allowed Ocugen to run a Phase II/III trial in support of its Biologics License Application (BLA) for Covaxin.

On April 18, the company reported it had amended its co-development deal with Bharat Biotech to include Mexico, thereby encompassing all of North America. It is being reviewed by Mexico’s regulatory authority for emergency authorization in children 2 through 18.

The vaccine has been authorized in India for individuals ages 12 and up. It is a highly purified and inactivated product developed with a Vero cell manufacturing platform. Although it hasn’t gained much traction in North America, which already has several vaccines authorized, such as the Pfizer-BioNTech, Moderna and Johnson & Johnson vaccines in the U.S., the World Health Organization has listed Covaxin as one of its authorized vaccines.

It's not clear where the myriad problems in the U.S. with Covaxin lie. The vaccine appears to be safe and efficacious, but the company appears to be running into issues with meeting regulatory requests and inspections. The U.S. clinical hold came after the company voluntarily paused dosing in the Phase II/III trial after the WHO inspected Bharat Biotech’s manufacturing process and expressed concerns. In Canada, Ocugen submitted for an EUA in July 2021, but received a notice of deficiency.

Recently, on April 15, 2022, the FDA issued a notice of “Noncompliance with the Requirements for Submission of Clinical Trial Results Information” regarding Ocugen’s Phase III trial of brimonidine tartrate 0.2% nanoemulsion eye drops in patients with Dry Eye Disease. The company apparently was late in submitting specific data required for approval of the trial.

Aside from its Covaxin vaccines and the OCU400 gene therapy, all of Ocugen’s products are in the preclinical stages.

The company also appears to be facing a cash-flow problem. The deal with Bharat Biotech was likely implemented to generate revenue - the company has no marketed products - but keeps facing setback after setback. In February, it announced a $53.5 million offering to raise additional cash. At the end of 2021, it reported $95.1 million in cash, cash equivalents and restricted cash.