Novartis Drops Out of COVID-19 Deal with Mesoblast 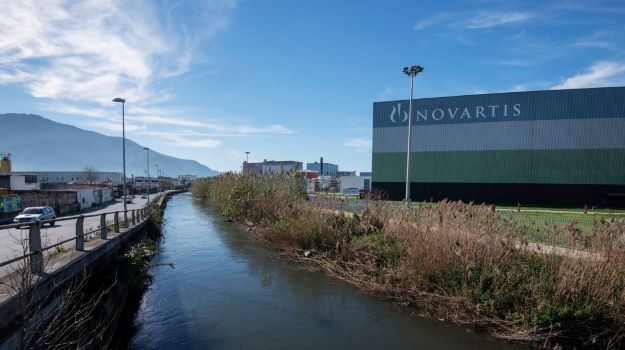 Novartis has grown weary of waiting, dropping out of its deal to fund Mesoblast’s floundering COVID-19 treatment.

Mesoblast’s stem cell-based therapy, remestemcel-L, was a hopeful in the works for treating hospitalized COVID-19 patients suffering from moderate to severe acute respiratory distress syndrome (ARDS) who are dependent on a mechanical ventilator. In late August, the company’s stocks tumbled after the FDA came back, requiring more evidence to support commercial use of the drug. This was the second time the FDA has asked Mesoblast for more data on efficacy, the first time in October 2020.

The deal was initially inked between Novartis and the Australian company in November of 2020. With a $25 million upfront payment, Mesoblast had the chance at up to $1.35 billion if all went well.

However, according to press releases, Mesoblast didn’t see any of that money. The deal was in troubled waters from the start when the trial halted just weeks later due to doubts about reducing mortality.

The same drug, remestemcel-L, was shot down last October in a shocking move by the FDA. After its Oncologic Drugs Advisory Committee voted 9 to 1 in recommending the drug for pediatric graft versus host disease, the FDA issued a CRL, rejecting the drug. Another trial in adults and/or children was instead recommended to prove efficacy against GVHD.

Yet, Mesoblast is not deterred even amidst a series of disappointments. Even as shares plunged by 17.4% Tuesday upon the news of the Novartis deal termination, the company’s CEO, Dr. Silviu Itescu, said, “We’re putting our heads down, and we’re working.”

Mesoblast will not be abandoning its goal of bringing an effective treatment for the novel coronavirus to the market, even without the Swiss giant’s help.

“We’ve been very clear for a while now that we are focused on COVID [acute respiratory distress] and this was a program that has always been Mesoblast’s focus,” Itescu said. “This remains a major unmet medical need, and I think the Omicron variant has just accelerated those plans for us.”

Remestemcel-L will likely be facing further studies to make it a go for ARDS, in addition to trying again with the FDA to gain approval for its GvHD indication.

Novartis isn’t the only big name to throw in the towel on a COVID-19 hopeful. Merck took a $170 million hit in the spring when it abandoned the candidate scooped up its $423 million takeovers of OncoImmune. After showing promise, Merck scrapped approval plans after the FDA demanded additional data on the therapy. Prior to that, the giant dropped its COVID-19 vaccine program after poor responses in Phase I trials.

Merck now has all its COVID-19 hopes set to molnupiravir, named after the hammer of the mythical god Thor. Though the updated Phase III results have shown lower efficacy than previously reported, Merck is not deterred and has already submitted results to the FDA for review. Meanwhile, SARS-CoV-2 continues to mutate, leaving the door open far longer than expected for pharma companies to bring more effective treatments to a pandemic-weary world.