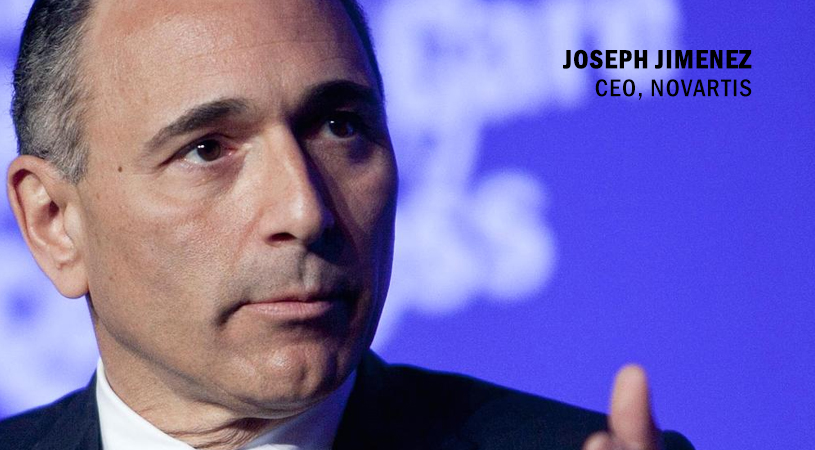 Yesterday, Novartis held its fourth annual Meet Novartis Management event in Cambridge, Mass. The focus was on discussions of the company’s pipeline. Thirty company executives across its three divisions, R&D functions and operations held forth.

Company chief executive officer Joseph Jimenez started out with a statement, “We have reshaped our company to build depth in areas where we are strongest and focus on innovation. We have a strong foundation for our next growth phase expected to start in 2018 with Cosentyx, Entresto, and other growth drivers such as Kisqali, as well as leading positions in the generics and eye care divisions.”

Examples of its late-stage pipeline include Kisqali, CTL019, BAF312, AMG 334, and RTH258. Kisqali was approved by the U.S. Food and Drug Administration (FDA) in March for breast cancer. CTL019 (tisangenlecleucel) received Breakthrough Therapy designation from the FDA in April for relapsed and refractory (r/r) diffuse large B-cell lymphoma (DLBCL). BAF312 is in development for multiple sclerosis (MS), AMG334 for migraine, and RTH258 for age-related macular degeneration.

The focus was on its launch of Entresto and the strong uptake of Cosentyx across its three indications. Novartis stated, “Management discusses building depth in the other franchises. In neuroscience, AMG334 (erenumab) treatment for migraine prevention was submitted to the FDA and the European Medicines Agency (EMA), and Novartis recently reached a U.S. co-commercialization agreement with Amgen.”

The big news here was the continued advancement of its immuno-oncology (IO) strategy with CAR-T and second generation combinations with PD-1. It notes that it has 18 IO assets in the clinic, and 22 (IO/IO, IO/Targeted Therapies and IO/chemo) combination trials in the clinic by the end of this year. It’s in this area where Jimenez told investors that with this kind of activity and depth, the company doesn’t need an IO acquisition. “Obviously, there’s been a lot of speculation because that would be a lot of capital,” he said, referring to various asset sales. “We don’t need a big deal,” he continued. “Our strategy in M&A is to do bolt-on acquisitions.”

This division is focusing on launching biosimilars. Novartis stated, “Expansion of its leading global position in biosimilars will be a key growth driver, with five major biosimilar launches planned in the EU and U.S. between now and 2020.”

This eye care division has been faltering in recent years and there is talk of selling it off. However, the company notes that sales grew slightly in this year’s first quarter. “Innovation is accelerating,” the company stated, “including recent launches of CyPass for minimally invasive glaucoma surgery and the Activefocus IOL for correcting both presbyopia and astigmatism. With continued innovation, investment and improved operations, Alcon expects to return to long-term, sustainable growth with margins in line with industry peers.”

The Group management emphasized its overall strategy for value creation. Novartis stated, “Our priorities are first investing organically, then growing the annual dividend in CHF, making value creating bolt-on acquisitions and finally executing share buy backs. As announced in January 2017, Novartis is conducting a strategic review of the Alcon Division exploring all options to maximize value for our shareholders. The review is on track and Novartis expects to provide a status update towards the end of 2017.”

Novartis is currently trading for $81.68.