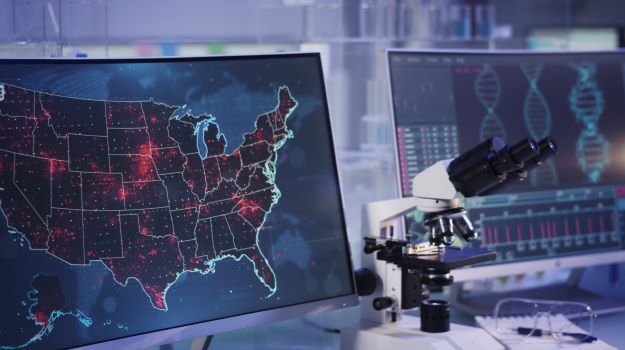 Heading into the Labor Day weekend in the U.S., there’s still plenty of COVID-19 news. Here’s a look.

NIH Launches a Study to Evaluate COVID-19 and Autoimmune Diseases

The National Institutes of Health (NIH) initiated a clinical trial to evaluate the antibody response to a booster dose of an authorized or approved COVID-19 vaccine in people with autoimmune diseases who did not respond to their initial COVID-19 vaccines. One of the goals is to determine whether pausing immunosuppressive therapy for their disease will improve the antibody response to a booster dose. It is sponsored and funded by the National Institute of Allergy & Infectious Diseases (NIAID), part of the NIH, and is run by the NIAID-funded Autoimmunity Centers of Excellence.

The trial will include about 600 people between the ages of 18 and older. They must have had a negative or suboptimal antibody response to one of the vaccines available in the U.S. They must also be on one of three immunosuppressive therapies: mycophenolate mofetil (MMF) or mycophenolic acid (MPA); methotrexate (MTX); or B cell-depleting drugs.

The White House announced plans to invest $3 billion in the vaccine supply chain. The focus will be on manufacturers of all the supplies that make and distribute the vaccines, such as lipids, bioreactor bags, tubing, needles, syringes, and personal protective equipment.

White House COVID adviser Jeffrey Zients at a press conference said, “The investments we are making, the $3 billion, are in U.S. companies that will expand their capacity for critical supplies.”

The White House has not picked specific companies to receive the funding yet.

A study published in JAMA Network analyzed antibody test results from 1,443,519 blood donation specimens representative of 74% of the U.S. population. The goal was to determine how seroprevalence—antibodies against SARS-CoV-2, the virus that causes COVID-19—varied over time by demographic group and geographic region. They found that in July 2020, there was a 3.5% seroprevalence for infection-induced antibodies and 20.2% in May 2021.

There were also combined infection-induced antibodies and vaccine-induced antibodies of 83.3% in May. There was variation in seroprevalence based on age, race and ethnicity, and geographic region of residence, but the differences shifted over the study period. Although they found that the seroprevalence increased over time with variations, they found that although it was a national sampling, it may not represent the entire U.S. population. The study will continue through to at least December 2021.

The authors noted, “Seroprevalence estimates indicate that the number of COVID-19 cases reported is fewer than the number of SARS-CoV-2 infections that have occurred, likely because many mildly symptomatic and asymptomatic individuals did not seek testing or clinical care. The data in this study suggest that for every COVID-19 case reported, the number of people infected and with detectable SARS-CoV-2 antibodies decreased from 3.1 in July 2020 to 2.1 in May 2021….Increases in testing supplies, access to testing, and serial testing programs at universities, long-term care facilities, and other locations may have contributed to increased case detection and reporting, but waning of antibodies may also be contributing.”

The European Commission reported that AstraZeneca made a “firm commitment” to deliver 300 million doses of its COVID-19 vaccine developed with Oxford University by March 2022. This was part of an agreement they had entered in 2020. But when AstraZeneca failed to keep up with the contract, the EC, the executive branch of the European Union, sued them in April. In June, a Belgium court ruled that the company was in “serious breach” of its contract with the EU, despite AstraZeneca arguing that it “fully complied with its agreement.”

Stella Kyriakides, Commissioner for Health and Food Safety, stated, “While this week we reached the important milestone of 70% full vaccination of the EU’s adult population, there are significant differences in vaccination rates between our member states, and the continued availability of vaccines, including AstraZeneca’s, remain crucial. And as the strongest supporter of global vaccine cooperation and solidarity, we will continue helping the rest of the world. Our aim is to share at least 200 million doses of vaccines through COVAX with low and middle-income countries until the end of this year. Vaccine solidarity is and remains our trademark.”

AstraZeneca and its partners have supplied more than 1.1 billion doses to more than 170 countries, with about two-thirds delivered to low- and lower-middle-income countries.

RedHill Biopharma reported preliminary data from a preclinical study demonstrating strong inhibition by its drug opaganib against the Delta variant. Opaganib is a proprietary, first-in-class oral sphingosine kinase-2 (SK2) selective inhibitor that has both anti-inflammatory and antiviral activity. The drug has also demonstrated anticancer activity and may have potential for multiple oncology, viral, inflammatory, and gastrointestinal disorders.

“There is growing evidence in support of the possible key role played by sphingosine kinase-2 in the replication of RNA viruses such as SARS-CoV-2, irrespective of mutations of the spike protein,” said Rea Fathi, RedHill’s Senior Vice President, R&D. “This makes inhibition of this intracellular enzyme a promising therapeutic target for treating COVID-19 disease. We have now accumulated extensive evidence from our preclinical work of opaganib’s potential ability to inhibit SARS-COV-2 variants of concern, such as Delta, and expect that to extend to new emerging variants.”

The drug is currently being studied in a Phase II/III trial in hospitalized COVID-19 patients. It has completed its treatment and follow-up phase, and topline data are expected soon.