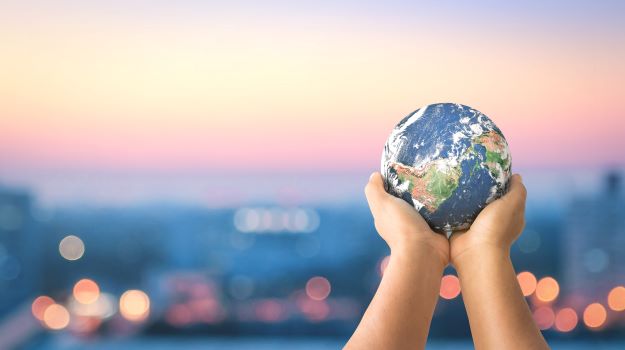 Companies are far more than the valuation of the products and services they churn out to the market. They are a living, breathing organism of many moving parts, impacting the community and world far beyond their bottom line. Society values transparency, community, outreach and sustainability. Corporate America has come a long way in the last few decades to become better employers and integral parts of their communities.

BioSpace compared the 43 healthcare and life science companies on Newsweek's list of America’s Most Responsible Companies for 2022 with that of our own 2022 Best Places to Work and, unsurprisingly, found a lot of crossovers. Newsweek examined the 499 largest public corporations. Key performance indicators for each company were evaluated in three areas: environmental (waste, energy use, etc.), social (leadership diversity, employees and philanthropy) and governance (transparency and economic performance).

Nearly half of the top 30 employers made it to Newsweek’s list. Below is a graph of the results, but here is a quick overview of some of the top players. Included in the graph is the company’s rank on JUST Capital’s recently released 2022 America’s Most JUST Companies, whose results are based on a polling of 3,000 Americans to rank the business' workers, customers, communities, environment, shareholders and governance to produce its results.

Headquartered in San Diego, Illumina creates life science tools with the power of genetic sequencing. CEO Francis deSouza is a man of the people, working to drive prices down to make genomics widely accessible to the public. The company acquired blood test developer GRAIL last fall after launching its highly anticipated Galleri test in mid-2021. The test detects early signs of up to 50 different types of cancer from a single blood draw. Illumina ranked number 1 for the industry and took spot 2 overall on Newsweek’s list with an incredibly high social score of 98.5. Illumina believes its impressive ranking is a result of the company’s growing Corporate Social Responsibility program and "dedication to making a positive impact on humanity, both through our technology, and through our actions.”

Gilead’s most recent claim to fame was its lightning-fast R&D efforts to develop the COVID-19 antiviral treatment remdesivir, marketed since its approval as Veklury. Although there has been some dispute over its effectiveness, the National Institutes of Health currently recommends the treatment for patients hospitalized with COVID-19 who require supplemental oxygen or oxygen through a high-flow device, but not for those on mechanical ventilation. Trials are still underway for the drug in pediatric populations. Gilead was ranked number 2 in the industry, and 6th overall by Newsweek. The company has operations in over 35 countries worldwide.

Baxter’s highest score was in its environmental impact on Newsweek’s list at its overall rank of #6. Headquartered in Deerfield, Illinois, the company’s primary focus is on products to treat kidney disease and other medical conditions. In December, Baxter acquired the 25th-industry ranked company from Newsweek’s list, Hillrom, to “enable care efficiencies, improve care outcomes and broaden access to care in the hospital, home and alternate care settings” and create a $15 billion global Medtech company.

One of the largest pharmaceutical companies in the world, Merck is currently working hard to manufacture the 10 million courses of molnupiravir, its COVID-19 antiviral pill, to the U.S. government. Still fighting to win European approval for the pill, the company is on track to manufacture about 30 million courses this year. Merck has over 50 pharmaceuticals products to its name and ranked #9 overall on the Newsweek list. Its highest score was also in environmental impact, at 95.3.

Coming in at 11th on the list of 499, Biogen’s big jump to the newsfeed last year was with its controversial approval of the first new Alzheimer’s drug in 18 years, Aduhelm. The company is planning details for its post-approval study now to prove the drug’s worth to the AD community, as it fights to get the drug approved for Medicare coverage. In a collaboration with Sage Therapeutics, a recent Phase III study for depression shows a rapid reduction of symptoms after just three days. Its highest score was in corporate governance, at 96.9.