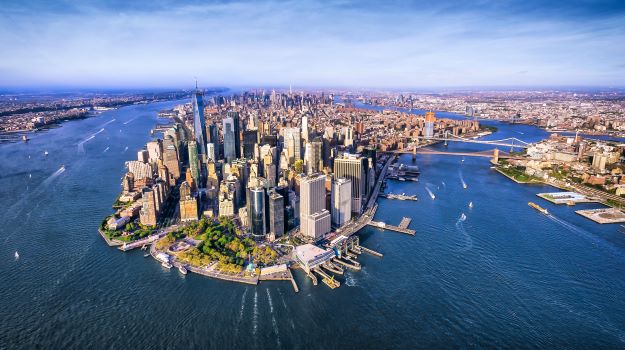 New York City may be the business center for an awful lot of the world’s economy, but despite its size, population and access to venture capital as well as top academic institutions, it’s not typically viewed as a major site for life sciences startups. However, the last several years have marked several attempts to stimulate life sciences startups to pick the Big Apple.

Back in 2019, for example, Alexandria Real Estate Equities, a major real estate developer for biopharma, added 500,000 square feet to its Manhattan life sciences campus. The Long Island City Partnership was also working to develop a life sciences space in a Queens neighborhood after Amazon pulled out of the area for its HQ2 plans.

According to CBRE, a commercial real estate services and investment firm, New York City’s demand for laboratory real estate has grown significantly since the end of 2019 even with the economic downturn caused by the COVID-19 pandemic. For example, in 2020, Protara Therapeutics leased 10,000 square feet at Cure, Deerfield Management’s redevelopment site at 345 Park Avenue South. This area will be a life sciences hub and ecosystem. Another example is Alexandria Real Estate Equities’ 18,000-square-foot redevelopment of the Bindery Building in Long Island City.

World Property Journal notes that the momentum didn’t stop in 2020, but carried into 2021, hitting a record high for a single year with 275,000 square feet of lab leasing activity through May 2021. This included the Icahn School of Medicine at Mount Sinai’s 165,000-square-feet research-focused lease at 787 Eleventh Avenue and C16 Biosciences’ 19,000-square-feet lease at the Hudson Research Center. C16, which is backed by Bill Gates, plans to relocate to that site from its incubator space at BioLabs New York.

In June, Black Diamond Therapeutics moved from the BioLabs@NYULangone incubator at 180 Varick Street in the Hudson Square Neighborhood to the Alexandria Center for Life Science in Manhattan. The company signed a lease for 18,120 square feet on the 11th floor of the life sciences tower, which is at 430 East 29th Street.

The company is a precision oncology therapeutic company. A month earlier, on May 19, Black Diamond announced initial data from the Phase I dose-escalation portion of the MasterKey-01 trial of BDTX-189 in advanced solid tumors that harbor one of more than 48 oncogenic alterations in the epidermal growth factor receptor (EGFR) and human epidermal growth factor receptor 2 (HER2) oncogenes. This provided early proof-of-concept for the drug, with both anti-cancer activity and a consistent safety profile.

Real estate is one marker of life sciences activity, but so is venture capital (VC) investment. New York City’s life science’s VC activity hit a record-setting $1.38 billion in 2017, and although it hasn’t touched that mark since, it’s never dropped below $697 million each year, with 2020 its second highest at $942 million.

On June 9, 2021, Mayor Bill de Blasio and the NYC Economic Development Corporation announced plans to double the city’s $500 million investment in life sciences to $1 billion. This commitment is part of LifeSci NYC, which de Blasio announced in his State of the City address to create jobs in the sector and to bolster the city as a leader in life sciences. The expansion is expected to create 40,000 jobs.

As part of this expansion, Mayor de Blasio announced a Request for Proposals (RFP) to stimulate commercial R&D for new drugs, medical devices, diagnostics, materials and research tools. NYC will offer up to $112 million in capital to award $20 million in support of one or more projects. The submission deadline is August 18, 2021.

“New York City can do more than just fight back COVID-19,” de Blasio said. “We can invest in fast-growing sectors like the life sciences to stop the next pandemic before it starts — and become the public health capital of the world. This expansion will accelerate the growth of local researchers and businesses inventing the cures for whatever comes next. It’s the key to our economic and public health recovery, and it will produce more effective and more equitable outcomes for New Yorkers across the five boroughs.”

The $1 billion expansion is planned for the next 10 years. It will include $200 million in City investment in support of construction of commercial lab space and incubators; $300 million in City capital for nonprofit facilities; $5 million to enhance the Life Sciences Expansion Fund for early-stage companies; and $5 million to expand the LifeSci NYC Internship program.

In a discussion of graduated life science space — which is to say, when life science companies outgrow incubator space, typically have raised Series A funds, and need room to accommodate their expansion — CBRE notes that it can take nine to 12 months to build out a laboratory space from scratch. It can go faster, at least when another life science company is existing a property, but it’s still a slow process.

The report notes, “In the NYC market, leasing graduation space is easily the biggest challenge for fast-growing life science companies. Finding lab-ready space is hard enough and built lab space in Manhattan has historically been very difficult to come by. Whether you need 3,000 or 30,000 square feet of lab space, labs are expensive to build and require a landlord with the necessary expertise and commitment to the industry in order to successfully step out of an incubator and continue on an upward trajectory.”

Of the new announcement, Harold Varmus, of Weill Cornell Medicine, Nobel Prize winner and former director of the National Cancer Institute, says, “By taking a multi-factorial approach — attentive to real estate, taxes, talented workers, academic collaborations, and cash — the NYCEDC has dramatically expanded the life science industries in our city over the past few years. The Mayor’s decision to extend his successful initiative will sustain the progress already made and encourage further growth as the city recovers from the pandemic and increasingly recognizes the importance of the health-supporting sciences in its future economy.”