Why Some Cancers Become Resistant to CAR-T Immunotherapy 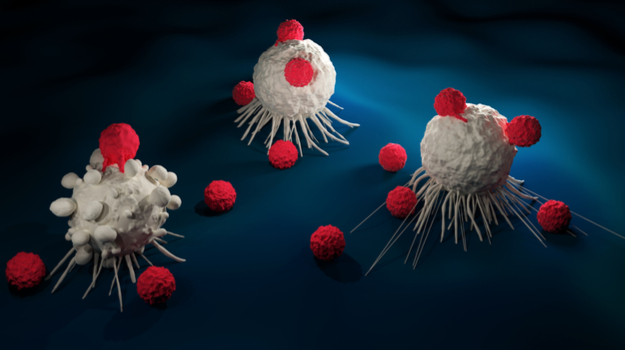 It’s common for some cancers to develop resistance to cancer therapies, even very powerful ones like CAR-T therapies. Researchers from the Abramson Cancer Center of the University of Pennsylvania described a death receptor pathway in cancer cells that has a primary role in its response to CAR-T cells. The research was published in the journal Cancer Discovery.

CAR-T is a form of immuno-oncology therapy where the patient’s own immune T-cells are collected, engineered to hunt down and kill their specific cancer cells, and are then infused back into the patient. There, they become a living therapy that multiplies and attacks the cancer cells that express the CD19 protein found on the cancer cells.

However, in patients with acute lymphoblastic leukemia (ALL), between 10 and 20% of patients’ cancer is resistant to CAR-T cells.

“Most theories have centered around a defect in the T-cells, but what we’ve shown here is that the problem originates in an important death signaling pathway in the cancer cell itself, which prevents the T-cell from doing its job,” said Marco Ruella, assistant professor of Hematology-Oncology in the Perelman School of Medicine at the University of Pennsylvania. With Saar Gill, an assistant professor of Hematology-Oncology, Ruella co-authored the study.

Utilizing a genome-wide CRISPR/Cas9-based screen of all ALL cell lines dubbed Nalm5, the researchers isolated pathways linked to drug resistance. The investigators edited the cells for loss of function of single genes, which they combined with CAR-T cells for 24 hours. This allowed them to identify the pathway most involved in the primary therapeutic resistance.

When tested in animal models, they found the effect was even stronger than what they had observed in the laboratory. They found that prolonged survival of cancer cells led to T-cell dysfunction.

This led the team to analyze the genes in leukemia cells and in T-cells before and after infusion from patients who responded to therapy and those who did not. Signaling pathways that had previously been identified in cancer cells were directly tied to responses to CAR therapy in patients from two clinical trials.

“We now know that resistance occurs in two phases: the cancer cells’ initial resistance to death, followed by the cancer’s ability to impair T-cell function,” said co-first author Nathan Singh, who led the research while a post-doctoral researcher with Carl June, the Richard W. Vague Professor in Immunotherapy and director of the Center for Cellular Immunotherapies. Singh is currently an assistant professor of Medicine at Washington University School of Medicine in St. Louis.

“Together,” Singh added, “this leads to CAR-T cell failure that allows the disease to progress.”

They believe that using healthy donor T-cells for CAR-T manufacturing may run into the same issues as those harvested from the cancer patients.

Gill said, “This will also inform future research investigating new and improved CAR-T cells that have the ability to overcome this resistance, along with therapies that target the defective signaling pathway in cancer cells.”