Better Together: New Licensing and Collaboration Deals to Watch 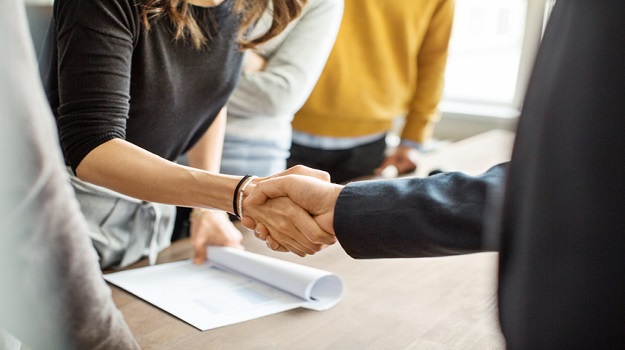 Olaratumab, previously sold under the brand name Lartruvo, was originally created to target platelet derived growth factor receptor alpha (PDGFRα) but is now being considered to treat soft tissue sarcoma, a rare type of cancer. It was given Accelerated Approval status in the U.S. and Conditional Approval in the EU for patients with STS alongside standard chemotherapy but was later voluntarily withdrawn from the market after Lilly's Phase III study did not achieve expected outcomes.

The exclusive worldwide license allows Telix to repurpose the drug to target radiopharmaceutical imaging and therapy of cancer. Olaratumab has been established as safe for use as a radionuclide target agent.

Under the terms of the deal, Lilly will receive $5 million to grant Telix exclusivity in the development of olaratumab as a radiolabelled product. Lilly may also get as much as $225 million in milestone payments and royalties from future net sales. Lilly also has an option to claim exclusive access to a radiolabelled diagnostic that Telix creates, which, if exercised, could translate to a $5 million payment to Telix and up to $30 million in milestone payments.

"This partnership also demonstrates the value that Telix can bring as a capable partner with the expertise in radiopharmaceutical development and manufacturing, to help repurpose or expand the use of promising candidates to better target, find and treat cancer," commented Dr. Christian Behrenbruch, the chief executive and managing director of Telix Group, in a statement.

As part of the deal, both companies will collaborate closely to formulate, optimize and conduct in vitro testing on combinations of mRNA formats that may be administered through the platform. Financial terms were not detailed, but Matinas will receive an upfront access fee to work exclusively with BioNTech. The two firms have also begun talks on a possible licensing deal for the LNC tech.

"This collaboration with BioNTech is an important validation from a leading global biotech company with demonstrated expertise in the design, formulation, and delivery of mRNA. Intracellular delivery remains a significant challenge for many emerging therapies and the combination of oral bioavailability with non-immunogenic transfection could potentially benefit tens of millions of patients around the world," said Jerome D. Jabbour, chief executive and co-founder of Matinas, in a press release.

Ardelyx amended the license agreement it signed with Kyowa Kirin in 2017 to grant the latter exclusive rights to develop and market tenapanor for the treatment of cardiorenal disorders in Japan.

Tenapanor is Ardelyx's lead drug candidate intended for the treatment of hyperphosphatemia in patients diagnosed with chronic kidney disease and undergoing dialysis. Tenapanor acts in the gut to inhibit the sodium/hydrogen exchanger 3 (NHE3), leading to decreased phosphate absorption.

Under the terms of the agreement, Ardelyx will receive an additional amount of up to $40 million from Kyowa, to be paid in two tranches. The amendment also considers a reduction in the royalty rate due to Ardelyx from net sales in Japan.

"We are pleased to amend our longstanding agreement with Kyowa Kirin in a mutually beneficial way. We believe that this agreement is reflective of both the positive clinical data Kyowa Kirin has generated for tenapanor and the attractive opportunity for treating hyperphosphatemia in dialysis patients in Japan," noted Mike Raab, the president and CEO of Ardelyx, in a statement.

Kyowa Kirin is currently finalizing its Phase III study of tenapanor for hyperphosphatemia and expects to file for approval in the second half of 2022.