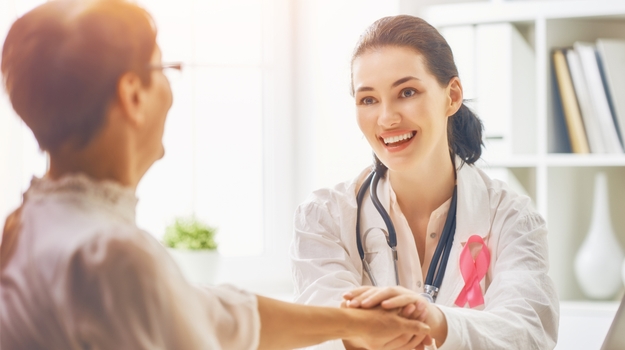 Breast cancer is currently the second-most common type of cancer among women in the United States, according to data from the Centers for Disease Control and Prevention. Historically, women suffering from specific types of breast cancer have had very few treatment options. But this is rapidly changing.

On Monday, AstraZeneca and Daiichi Sankyo released positive data from their Phase III trial of Enhertu (trastuzumab deruxtecan), an antibody-drug conjugate (ADC) currently approved in the U.S. for the treatment of HER2-positive breast cancer, in HER2 low breast cancer.

In the trial, called DESTINY-Breast04, Enhertu was tested on approximately 540 patients at multiple sites in Asia, Europe and North America. All patients were diagnosed with HER2 low, unresectable or metastatic breast cancer, and had previously received one or two prior lines of chemotherapy. The results were then compared to the physician’s choice of chemotherapy treatment, which is the current standard of care.

According to a press release from Daiichi Sankyo, the drug demonstrated “statistically significant and clinically meaningful improvement in both progression-free survival (PFS) and overall survival (OS) in patients.”

How Enhertu Work in HER2 Low Breast Cancer Treatment?

Enhertu is targeted at HER2 low breast cancer, a tyrosine kinase receptor expressed in various types of cancer. All patients in the trial underwent HER2 testing, which is a common approach to determine a treatment plan for metastatic breast cancer. HER2 low status was defined as an immunohistochemistry (IHC) score of 1+ or IHC2+ with a negative in-situ hybridization (ISH) score. Low HER2 expression occurs in both hormone receptor (HR) positive and HR negative diseases.

The trial data showed that when reviewing patients’ hormone receptor (HR) status, 480 patients were HR-positive (n=480), while 60 of them were HR negative. Enhertu showed improvement in patients regardless of HR status.

As of now, chemotherapy remains the only treatment option for both HR-positive and HR-negative patients. If approved for these indications, the drug may become an alternative to chemotherapy to extend survival rate and delay disease progression. Susan Galbraith, MBBChir, Ph.D., executive vice president, oncology R&D at AstraZeneca said the drug could completely change the way breast cancer is treated.

“A HER2-directed therapy has never before shown a benefit in patients with HER2 low metastatic breast cancer,” Galbraith said stated.“These results for ENHERTU are a huge step forward and could potentially expand our ability to target the full spectrum of HER2 low breast cancer expression, validating the need to change the way we categorize and treat breast cancer.”

No new safety concerns were identified in the study, and the safety profile was consistent with previous trial findings. In response to the new data released on Monday, AstraZeneca shares outperformed competitors and were valued at $59.86 a share at press time.