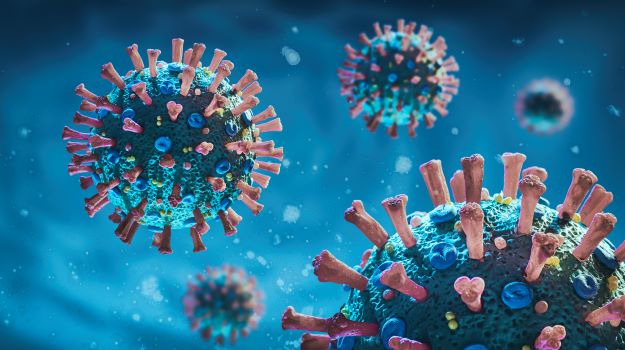 COVID-19 reinfections are occurring but, so far, scientists don’t have all the details. This lack of knowledge about the reinfection rate or the characterizes associated with reinfection are unknown because no one – aside from a Dutch news site – is tracking them.

The problem, a Johns Hopkins Medical School representative told BioSpace, is that “the data either isn’t public or isn’t provided in a consistent way across states that’s machine-readable.”

The Centers for Disease Control and Prevention (CDC) has not commented of the challenge, other than to acknowledge reports of reinfection and to call for additional studies.

In fact, many cases of reinfection are impossible to document, simply because relatively few testing labs either retain the specimen or perform genetic sequencing. Without the ability to compare sequencing data, scientists can’t determine whether the new cases are reinfections or the reemergence of a dormant virus.

The just-announced collaboration between BioIQ and Fulgent Genetics may help remedy that issue by making Fulgent’s viral genome sequencing solution available to BioIQ’s customer base of employers and health plans.

The two say that gene sequencing the virus will inform testing regimens, clinical treatment protocols and vaccination strategies, and that public health authorities can use the testing solution in ongoing population infection surveillance programs. But the results, if analyzed, also could enable one of the few population-scale looks at reinfection.

“Fulgent Genetics’ full viral genome sequencing offering for COVID-19 leverages our capabilities in Next Generation Sequencing and represents the next evolution in COVID-19 diagnostics, complementing our extensive RT-PCR based tests for the virus,” Harry Gao,M.D., Ph.D., CSO, Fulgent Genetics, said in a statement.

“Some variants spread faster than others, warranting a more rigorous testing protocol in populations where that strain is identified,” Gao said. “COVID-19 vaccine effectiveness is also dependent on the virus variant. Identification of specific COVID-19 variants will enable BioIQ and its customers to implement the most effective plan of action for responding to and mitigating the spread of COVID-19.”

Quantifying reinfections is one of those capabilities.

The risk is thought to be minimal. For example, a February 16 preprint in MedRXiv of 8,845 patients who tested positive for COVID-19 before August 30 showed that 56 had possible reinfections. Of those, slightly more than half were asymptomatic.

Likewise, a February 8 study led by researchers at the Weill Cornell Medicine in Qatar supports the rarity of reinfections. Of the 314 patients who has a PRC-positive swab for the SARS-CoV-2 antibody at least 14 days after their first positive test, 41.1% were considered to be reinfected. Upon closer examination, however, viral genome sequencing showed that the risk of reinfection was only 0.1% -- 0.66 per 10,000 person weeks.

The population-scale genomic sequencing offered by the BioIQ and Fulgent collaboration may bring real-world evidence to such studies as well as “triage intelligence to testing efforts,” Sean Slovenski, BioIQ CEO, said in a statement.

In determining whether cases are reinfections or the resurgence of the original SARS-CoV-2 infection, researchers need to see whether the virus genome sequences vary between the first and second infections.

Significant variance indicates that the chance of the virus being from the same infection is small, Richard L. Tillett, Ph.D., and colleagues at the University of Nevada wrote last fall in The Lancet Infectious Disease.

Until widespread population data on reinfections is accumulated, the data from the COVID-19 reinfection tracker at the Dutch publication BNO News appears to be the most comprehensive global database, reporting on incidents as well as their location, the interval between infections, patient gender and severity of symptoms.

It showed 49 cases of reinfection globally since the pandemic began. The most recent were two cases reported February 9, 2021 in Brazil. Of those 49, the average interval between the end of the infection and the renewed onset of symptoms is 89 days. The reinfection interval ranged from 12 to 282 days. Of the 49 cases reported, two did not recover, and the outcome for five is unknown.

In terms of severity, the BNO News reinfection tracker showed that 8 of the 49 cases of reinfection were more serious the second time around, while data was missing for 8. In the remainder of cases, symptoms were milder or no worse than those experienced during the first wave of the illness.

Researchers caution policy makers not to count on reinfections remaining rare or, for that matter, the same duration of immunity associated with other coronaviruses.

As many have pointed out, differences among testing methods and the small number of scientifically documented cases of reinfection make it impossible to reliably compare data. Likewise, the actual rate of reinfection is unknown because testing is geared to identifying symptomatic individuals and community-based testing remains sparse.

In the face of real uncertainties about the duration of immunity, the emergence of new variants, “All individuals, whether previously diagnosed with COVID-19 or not, should take identical precautions to avoid infection with SARS-CoV-2,” Tillet and colleagues concluded in their paper.