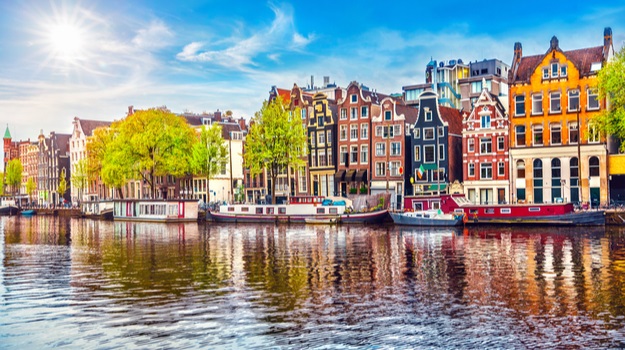 As the European Medicines Agency prepares to make Amsterdam its new home following the U.K.’s Brexit, Holland is likely to see its biopharma industry snag a hoped-for boost in new business due to the presence of the regulatory agency.

When the EMA shifts over to its new home next year, the move is expected to provide a big boost to Holland’s pharmaceutical industry. As the EMA moves, companies are also expected to open up new offices and manufacturing facilities. Not only that but, legal experts and pharma and biotech consultants are also expected to begin arriving in greater numbers.

One of those companies that will open a site in Holland is Gilead Sciences. In May the company announced it leased a 117,000 square-foot facility in The Netherlands to manufacture and deliver Yescarta, its CAR-T product, to patients across Europe. Yescarta is currently under review by the European Medicines Agency. The Gilead facility is expected to employ about 300 people by 2020. In Europe Gilead is seeking approval of Yescarta as a treatment for patients with relapsed/refractory diffuse large B-cell lymphoma (DLBCL), transformed follicular lymphoma (TFL), and primary mediastinal B-cell lymphoma (PMBCL) who are ineligible for autologous stem cell transplant.

Gilead will certainly not be the last company to set up shop in Holland, particularly as more bespoke treatments are approved and require personalized cell therapies to be manufactured in closer geographic proximity to the patients who will receive them.

Quantify research reported earlier this year that the shift of the EMA to Holland will be a welcome boon to that country, particularly due to some companies shuttering their Netherlands locations in favor of other European countries. The research report pointed to more than 1,500 job losses about eight years ago following Abbott and Merck Sharpe and Dohme closing facilities in that country. Between 2009 and 2014, Quantify said the Dutch market share in the European pharma industry plummeted from 3.3 percent in 2009 to 17 percent in 2014.

To help spur the resurgence of the Netherlands pharma industry, the Netherlands Foreign Investment Agency is hosting a landscape tour at the end of summer to showcase the country’s offerings. While the EMA is expected to become the core of the Netherlands biopharma industry, the NFIA said the country is home to facilities for more than 420 biopharmaceutical companies, such as AstraZeneca, Janssen, MSD, Amgen and Teva, to name a few. The Netherlands Foreign Investment Agency pointed to the companies because they “rely on their Dutch operations for both R&D and distribution activities.”

But, it’s not just the large global pharma companies that have a home in Holland. The country is also home to a number of biopharmaceutical startups and scale-ups, like Galapagos, Genmab, Pharming and uniQure.

Amsterdam-based uniQure reported in May that its AAV5 gene therapy may be viable treatments for 97 percent of patients with hemophilia B. Data released last month showed successful liver transduction with the Phase I/II AMT-060, an adeno-associated virus serotype 5 (AAV5)-based gene therapy, in both humans and non-human primates with pre-existing anti-AAV5 neutralizing antibodies (NABs). The data came from the re-analyzation of pre-treatment sera samples of the 10 patients in the trial.

Galapagos, which is headquartered in neighboring Belgium, has a partnership with Gilead and will certainly welcome that company’s manufacturing site. In May, the two companies announced positive data from its Phase II trial of filgotinib, a JAK1 inhibitor, in psoriatic arthritis. The study hit its primary endpoint, which was an improvement in the signs and symptoms of the disease at Week 16.

It’s not just biotech and pharma companies that the NFIA points to as a sign of that country’s robust industry. The agency noted there is significant research being conducted at the Hubrecht Institute in organoids,” or mini organs such as livers, lungs and intestines, that are grown from stem cells to test specific drugs outside the body.

The county is also home to an often overlooked, but key partner to drugmakers – logistics companies. Holland is home to multiple companies that provide logistics outsourcing for more than 130 life science manufacturing companies, the NFIA said.