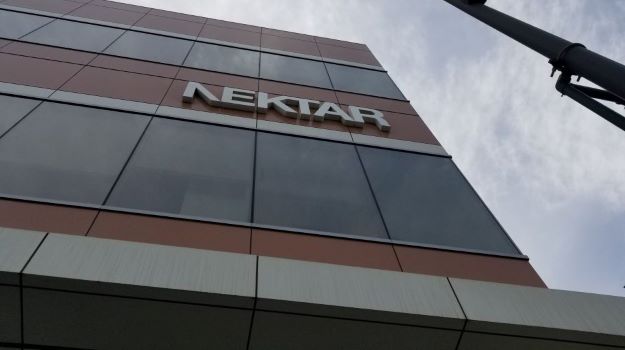 Shares of Nektar Therapeutics are climbing after the company announced a multi-partner collaboration in oncology with Pfizer and Merck KGaA, Darmstadt, Germany. The companies will assess NKTR-255, Nektar's interleukin-15 receptor agonist, in combination with Bavencio (avelumab), a PD-L1 inhibitor, in patients with locally advanced or metastatic urothelial carcinoma in a Phase II study.

NKTR-255 is a novel polyethylene glycol (PEG)-conjugate of recombinant human IL-15, which was designed to retain all known receptor binding interactions of the IL-15 molecule. NKTR-255 is being assessed in clinical studies in both liquid and solid tumors. NKTR-255 is designed to activate the IL-15 pathway in order to enhance natural killer (NK) cells and memory CD8+ T cell populations.

Bavencio, which was co-developed by both Pfizer and Merck KGaA, was approved by the U.S. Food and Drug Administration in 2020 for maintenance treatment of locally advanced or metastatic urothelial carcinoma (UC). Specifically, Bavencia was approved for those patients who have not progressed after first-line platinum-containing chemotherapy. In 2017, Bavencio had been previously approved under the FDA’s accelerated approval program for this indication.

The combination of Bavencio and NKTR-255 will be assessed in the Phase II JAVELIN Bladder Medley study.

The study is a Phase II umbrella trial designed to evaluate different avelumab-based combinations, compared with avelumab monotherapy, as potential maintenance therapy regimens for patients with locally advanced or metastatic UC that has not progressed with a first-line platinum-containing chemotherapy regimen. The study is expected to begin in the first quarter of 2022.

Bladder cancer is the tenth most commonly diagnosed cancer worldwide. Each year, there are around 573,000 new cases diagnosed and 213,000 deaths. In the U.S. and European Union markets, approximately 40% to 50% of patients receive an immune checkpoint inhibitor as second-line therapy.

Jonathan Zalevsky, Nektar’s chief research & development officer, expressed his excitement about the partnership with Merck KGaA and Pfizer to pair NKTR-255 with Bavencio as a potential treatment for urothelial cancer.

“Preclinical studies suggest that avelumab may induce lysis of tumor cells via antibody-dependent cell-mediated cytotoxicity, or ADCC, indicating an additional mechanism of action, and providing an opportunity for potential synergy when combined with an NK cell stimulator, such as NKTR-255,” Zalevsky said in a statement.

Financial terms of the partnership were not disclosed. All companies will retain global commercial rights to their assets. NKTR-255 has not been approved for use.