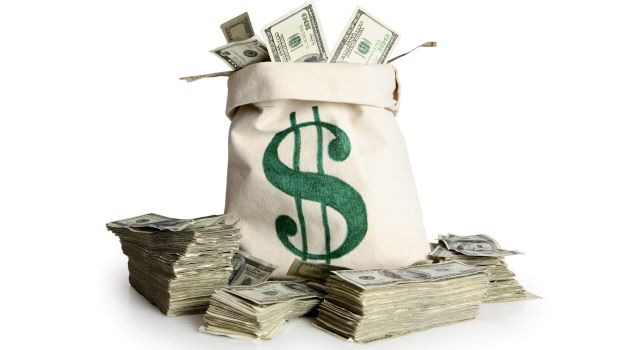 NanoMosaic announced it had closed an oversubscribed Series A round worth $40.75 million. It was led by RA Capital Management and joined by Insight Partners, Pure Vida Investments, Time BioVentures and Tiger Gene.

The company has developed a suite of technologies that analyze protein biomarkers and is planning to launch to hospitals and research facilities in the first quarter of 2022. The MosaicNeedle acts both to capture and detect proteins “and as such is able to eliminate complex downstream detection reactions and fluorescence readouts, which hinder sensitivity and limit dynamic range.” The system is designed to avoid the bottleneck other proteomic analysis systems have.

NanoMosaic plans to use the funds raised to continue building its commercial infrastructure, developing its applications, and advancing diagnostic collaborative development programs.

“NanoMosaic places the future of proteomics in the hands of scientists: fully configurable, simple to run and ripe for additional application development,” said Anurag Kondapalli, principal with RA Capital. “We are proud to partner with a world-class technical team to help expand access to this powerful platform.”

The system was able to detect up to four different versions of phospho-tau proteins in plasma samples, which allowed them to quantify differences between patients with postoperative delirium and those without.

“Phosphorylation of tau proteins plays a key role in neuropathogenesis; but has been challenging to detect due to the extremely low concentration of p-tau in plasma,” said Zhongcong Xie, Henry Knowles Beecher Professor of Anesthesia at Harvard Medical School and director of Biological Biomarker Consultation Unit at Massachusetts General Hospital, in a December 2020 statement. “We have been able to detect p-tau proteins in our plasma samples. We will next scale up the sample size, even further, and evaluate a few phosphorylation sites as potential biomarkers for a range of applications to positively impact patient care.”

“The aptamer-antibody paired approach not only expands the menu size of the high-sensitivity NanoMosaic assays but also addresses the long-standing specificity question when aptamers are used alone as affinity probes,” said Qimin Quan, NanoMosaic’s chief scientific officer. “Flexibility of the Tessie system allows users to customize and develop new assays. We envision researchers and pharmaceutical companies will benefit from NanoMosaic’s ultra-high multiplex capacity in the target discovery phase and transfer seamlessly to the downstream validation phase that leverages the platform’s significant cost and throughput advantages.”

John Boyce, co-founder, interim president and chief executive officer of NanoMosaic, and co-founder of Tiger Gene, said, “We are thrilled to have such an involved, strong, and supportive syndicate, led by RA Capital, a knowledgeable and deeply respected leader in life sciences. RA Capital, Insight Partners, Pura Vida Investments and Time BioVentures, have been significantly involved with the company and have developed a strong rapport with the NanoMosaic Team.”

Boyce went on to say, “The collective effort of the syndicate will enable novel proteomics and multi-omics applications that will usher in a new era of diagnostic and therapeutic development initiatives. These efforts and initiatives within NanoMosaic will significantly improve patient care with advanced therapeutic development efforts, as well as enhanced diagnostics, in the years to come.”