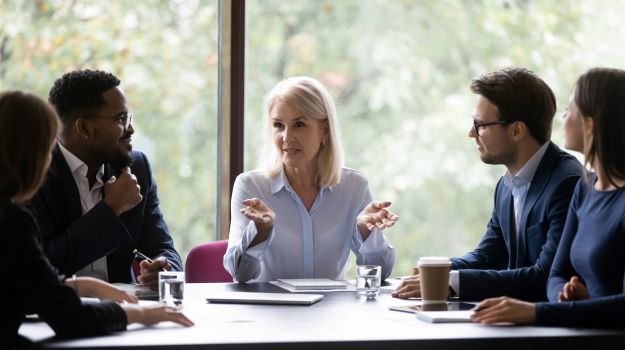 George Zamanakos will assume the role of president and chief executive officer of California-based Intuity Medical. Zamanakos has served on the board of directors at Intuity for the past 18 months.

Zamanakos succeeds Emory Anderson, who led the company over the past 14 years. Anderson will continue to support Intuity in an advisory role.

Richard Graydon, M.D. will assume the role of interim CMO.

Edward Fang, M.D. was tapped as CMO. He will oversee development for APT's phage bank treatment candidates through commercialization.

Fang most recently served as CMO of MicuRx Pharmaceuticals. Before that, he was CMO of Adenium Biotech, a Danish spinoff from Novozymes. Earlier in his career, Fang held clinical development management roles at Trius Therapeutics and Cerexa.

Franchimont joins Nimbus from Biogen, where she served as senior vice president and head of the multiple sclerosis and immunology development unit.

Franchimont has served on the board of directors of OMass Therapeutics since 2020.

Morris is a veteran pharmaceutical executive based in the United States who has held multiple financial roles throughout his career. Morris joins Opthea from Humanigen, Inc. where he served as both CFO and chief operating officer. Prior to that, he was CFO of Iovance Biotherapeutics. Before that, he was CFO of AcelRx Pharmceuticals, VIVUS, Inc. and Questcor Pharmaceuticals Inc. He serves on the board of directors of DBV Technologies S.A., Aquestive Therapeutics, Humanetics Corporation and Univercells S.A.

Most recently, Leffler was a senior manager at McKinsey & Company in Boston. Previously, he was a senior director at FTI Consulting in the corporate finance and restructuring group. He also served as vice president at the boutique global investment firm RockCreek, and held various financial positions at General Electric and Sun Edison.

Macleod joined SCYNEXIS from Athersys, Inc. where he served as CFO since January 2020. Previously he was CFO and chief compliance officer of Eisai Inc., the U.S. pharmaceutical subsidiary of Eisai Co., Ltd. Prior to Eisai, he served as vice president of finance at Merck Research Labs at Merck & Co., Inc. Before Merck, he held multiple financial roles served at F. Hoffmann-La Roche, Inc.

Michael Fortunato has been promoted to CFO. He previously served as controller.

Fortunato spent almost seven years with the SEC’s Enforcement Division at the San Francisco regional office. There, he monitored SEC registrant compliance with SEC rules and regulations for companies located from Northern California to Washington State.

Robert Williamson was named president and chief business officer of Triumvera. Williamson will lead business development and strategy for the company.

Throughout his career, Williamson has served as a board member for a number of companies including Pharmasset, Inc. and Progen Pharmaceuticals.

He previously served as CCO of Freeline Therapeutics Holdings and Wave Life Sciences. Baldry also held the role of vice president of global marketing and commercial operations at Amicus Therapeutics. Earlier in his career, Baldry held leadership roles at Biogen and Shire Pharmaceuticals.

Beyond Hsieh, Actinium also made several other appointments. Sunitha Lakshminarayanan was named senior vice president, head of CMC and product development and Stephen Dressel was named vice president of strategic finance and analysis.