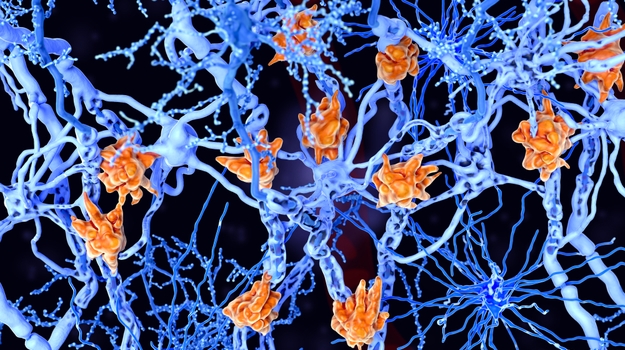 Increasingly, as the primary focus of Alzheimer’s research moves away from the beta-amyloid theory, it is shifting towards the role of immune cells in the brain called microglia.

Researchers at Washington University School of Medicine in St. Louis have found further evidence that microglia are the key link between the accumulation of abnormal proteins, like beta-amyloid and tau, in the brain and the actual brain damage observed in Alzheimer’s patients. They published their research in the Journal of Experimental Medicine.

The researchers noted that it was well known that chronic activation of the brain’s innate immune system is a well-known feature of Alzheimer’s and other primary tauopathies. But the extent to which that innate immune reaction contributes to neurodegeneration compared to the protein-induced neurotoxicity wasn’t clear. Their research showed that damage as the result of microglia’s activity, rather than the toxicity caused by tau accumulation, is the leading component driving neurodegeneration, at least in a mouse model.

“Right now many people are trying to develop new therapies for Alzheimer’s disease, because the ones we have are simply not effective,” said David Holtzman, the Andrew B. and Gretchen P. Jones Professor and head of the Department of Neurology, as well as senior author of the study. “If we could find a drug that specifically deactivates the microglia just at the beginning of the neurodegeneration phase of the disease, it would absolutely be worth evaluating in people.”

Under normal situations, tau is involved in normal, healthy brain neuron function. When it clumps into tangles in the brain, it is a mark of neurodegenerative diseases like Alzheimer’s and chronic traumatic encephalopathy, which has recently been linked to brain trauma seen in football players and boxers.

The researchers felt that there was more going on with microglia than just attempting to limit tau. Research has shown that once tau tangles form, microglia can harm the neurons close by, which contributes to neurodegeneration. There is also significant inflammation that can cause damage during this process.

They then focused on the gene APOE, which has been linked to Alzheimer’s disease. Individuals with the APOE4 variant are 12 times more likely to develop Alzheimer’s compared to people with other variants. The scientific team modified the mice to carry the human APOE4 variant or no APOE gene. APOE4 was previously shown to amplify the toxic effects of tau on neurons.

They then fed the mice a compound that depletes microglia in the brain. Other mice were fed a placebo. At nine-and-a-half months, the brains of mice with tau tangles and the high-risk genetic variant had significantly smaller brains as long as the microglia were present. But when the microglia were eliminated, the mouse brains were basically normal and healthy with less evidence of abnormal tau tangles, even with the EPOE4 variant.

“Microglia drive neurodegeneration, probably through inflammation-induced neuronal death,” Shi said. “But even if that’s the case, if you don’t have microglia, or you have microglia but they can’t be activated, harmful forms of tau do not progress to an advanced stage, and you don’t get neurological damage.”

This is completely consistent with other findings that it is not the proteins, amyloid or tau, that cause the actual damage, but the immune response and resultant inflammation, that cause the damage.

Unfortunately, the compound the researchers used on mice is not a good option for drug development because of side effects, but it could point the way for other drugs that have similar mechanisms without the adverse effects.

“If you could target microglia in some specific way and prevent them from causing damage, I think that would be a really important, strategic, novel way to develop a treatment,” Holtzman said.