Moderna and Pfizer: Lawsuits and Charitable Giving on the Agenda 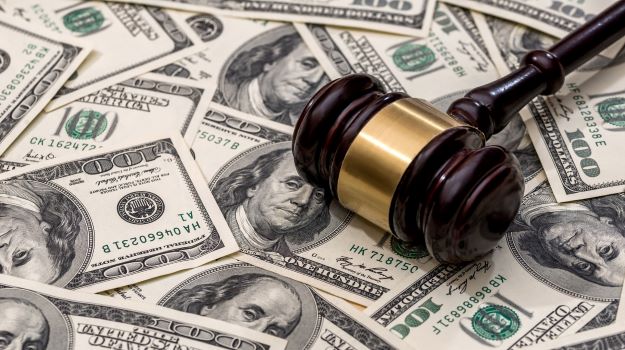 Monday, Moderna told a Delaware federal court that it was immune from patent-infringement charges over the COVID-19 vaccine because it supplied the vaccine for a U.S. government effort.

Earlier this month, Moderna made a motion for the courts to dismiss patent challenges filed by Genevant Sciences and Arbutus Biopharma. They also battled a patent challenge from the National Institutes of Health (NIH), who claimed they should be co-patent owners of the mRNA COVID-19 vaccine because of their involvement in its RNA sequence. The Genevant and Arbutus lawsuits revolve around the lipid nanoparticle (LNP) that encases the mRNA sequence. The NIH and the company have since settled.

Another company, Alnylam Pharmaceuticals, is also suing Moderna over the lipid nanoparticle technology. And on Monday of this week, Moderna told a Delaware federal court that it was immune from patent-infringement charges over the vaccine because it supplied the vaccine for a U.S. government effort. Moderna argued that under a longstanding federal law, Alnylam must sue the government directly. This was the same argument Moderna was using in its case against Arbutus and Genevant.

Monday, Moderna argued that under a longstanding federal law, Alnylam must sue the government directly. This was the same argument Moderna was using in its case against Arbutus and Genevant.

In early May, a Genevant spokesperson said Moderna was “trying to shift responsibility for its patent infringement to the U.S. taxpayer.” The judge has yet to make a ruling on Moderna’s motion in the Genevant and Arbutus case.

An Alnylam spokesperson said Tuesday that its technology was “foundational” to the COVID-19 vaccines, and it has a “fiduciary duty to shareholders to seek fair compensation.”

Alnylam has included Pfizer in its lawsuit, filed in March. It is seeking royalties for the LNP technology. Pfizer has yet to respond to the charges, and on Monday the court extended Pfizer’s deadline to respond to Friday, May 27.

Moderna’s motion is based on a federal law called Section 1498, which passes liability to the U.S. government when products that allegedly infringe on patents are made on its behalf. It was used during World War I to keep patent disputes from interfering with the supply of war materials.

Moderna cited that its contracts with the U.S. Department of Defense and . Department of Health and Human Services “authorize and consent to all use and manufacture” of “any invention described in and covered by a United States patent.”

In unrelated Moderna news, Stephane Bancel, the company’s chief executive officer, said he plans to exercise 4.59 million stock options at a rate of 80,000 per week and sell the shares, which will take about a year, and donate the money to charity. The proceeds would probably come to around $355 million. He has urged the media to not jump to conclusions about his motives.

“In the coming months, there may be uninformed commentary about my motivations for these sales, but I want to share this news now and to provide you with transparence on our plans,” Bancel wrote in a blog post. “I believe that the best days of Moderna are ahead.”

In Pfizer-related charitable news, the company has launched “An Accord for a Healthier World,” which will provide all of its patented medicines and vaccines available in the U.S. or the European Union to 1.2 billion people in 45 lower-income countries on a not-for-profit basis.

Albert Bourla, Pfizer chairman and chief executive officer, said, “As we learned in the global COVID-19 vaccine rollout, supply is only the first step to helping patients. We will work closely with global health leaders to make improvements in diagnosis, education, infrastructure, storage and more. Only when all the obstacles are overcome can we end healthcare inequities and deliver for all patients.”

The Accord will apply to all 27 low-income countries in addition to 18 lower-middle-income countries that have shifted from low to lower-middle-income in the last 10 years. Pfizer will work with healthcare officials in Rwanda, Ghana, Malawi, Senegal and Uganda to determine the best way to deliver all medicines and vaccines to where they need to go, and this will include diagnosis, healthcare professional education and training, as well as supply chain management and other infrastructure improvements. What they learn from these five countries will be applied to the remaining forty.

Under the plan, it has committed to providing 23 drugs and vaccines to treat infectious diseases, certain cancers, and rare and inflammatory diseases. As the company receives approvals for new drugs, they will be included in the Accord portfolio on a not-for-profit basis.