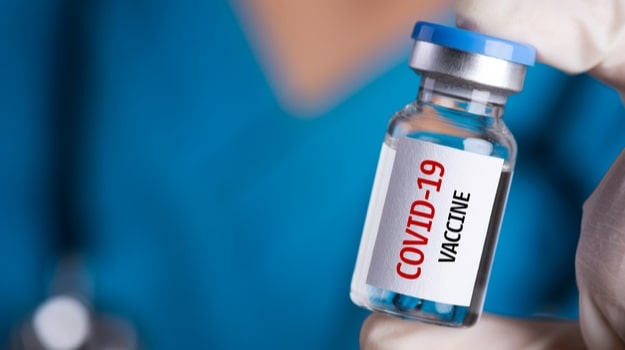 Early clinical trial results had already suggested that some patients receiving the Moderna COVID-19 vaccine and the Pfizer/BioNTech vaccine showed some cases of mild side effects. A few days ago, CNBC reported that five patients, three in Moderna’s and two in Pfizer’s Phase III trials, had experienced more severe, although transient side effects.

According to CNBC, who interviewed the five participants, they typically experienced chills and fever after taking the second dose, as well as exhibiting exhaustion and bad headaches. They all resolved after a day or two and none apparently required medical attention.

In the interviews, all the patients said the side effects were worth the protection the vaccine offers against COVID-19. Four asked not to be identified, but Luke Hutchinson was one of the patients receiving the Moderna vaccine.

It’s also worth pointing out that these Phase III clinical trials are double-blinded, meaning neither the patients nor the healthcare professionals dosing them know if they received the vaccines or the placebo. It is possible that the side effects were related to something besides the vaccine.

Hutchison, a 44-year-old computational biologist in Utah, received the first shot on August 18, and said he felt a little ill with a low-grade fever for a few days. After the second shot on September 15, he found himself in bed with a fever exceeding 101, with shakes, chills, a pounding headache and shortness of breath. He also had localized pain and swelling at the sight of the vaccine. Within 12 hours, he felt back to normal.

Both Moderna and Pfizer have acknowledged their experimental vaccines could cause side effects similar to symptoms associated with mild COVID-19. It’s also important to note there are relatively few reports considering the number of people who have already been dosed in these respective trials. Pfizer has enrolled 36,576 volunteers in its Phase III trial for BNT162b2. Moderna has enrolled 28,043 patients in its trial of mRNA-1273.

Moderna’s chief executive officer, Stephane Bancel, said this week that he expects the company to submit the data to the U.S. Food and Drug Administration (FDA) for emergency use authorization (EUA) on November 25.

“25 November is the time we will have enough safety data to be able to put into an EUA file that we would send to the FDA, assuming that the safety is good, i.e., a vaccine is deemed to be safe,” he said.

Reuters also reported today that private contractors employed by Moderna to recruit volunteers for its COVID-19 vaccine trial have struggled to enroll enough Black, Latino and Native American participants to determine how well it works in these populations.

To make up for it, Moderna slowed enrollment in the trial and told research centers to focus on enrolling more minority volunteers. According to the National Urban League and other studies, Blacks in the U.S. are almost three times more likely to be infected with COVID-19 than white Americans, and are twice as likely to die from it.

Paul Evans, chief executive officer of Velocity Clinical Research in Durham, North Carolina, which was hired to test the Moderna vaccine at five locations, said attempts to enroll volunteers from diverse backgrounds is “notoriously difficult. If there’s a problem with recruiting minorities—and there is—you can’t fix that overnight.”

Pfizer and BioNTech recently increased their Phase III trial from 30,000 to 45,000 to address the difficulty of enrolling a more diverse patient population. Reportedly, 33% of Moderna’s trial participants are from diverse communities, while Pfizer and BioNTech’s are 28%. Moderna’s trial is completely in the U.S., while the Pfizer/BioNTech study includes Europe, Brazil, South Africa and Argentina, with Turkey starting to enroll subjects.

Pfizer and BioNTech have begun a rolling submission of their vaccine candidate to the European Medicines Agency (EMA). AstraZeneca has also begun a rolling review process.

AstraZeneca’s clinical trial is still on clinical hold in the U.S. after a UK patient suffered a severe reaction, potentially related to the vaccine, known as transverse myelitis. This is a form of spinal paralysis. It was cleared to begin again in the UK and recently began dosing in Japan last week.

The rolling submission allows regulators to evaluate data as it becomes available, which can decrease the time it takes to decide on an approval once the final submission is made. Each cycle of the EMA’s rolling review typically takes two weeks and the duration of the review of the final application will depend on how much data was evaluated during the rolling process.