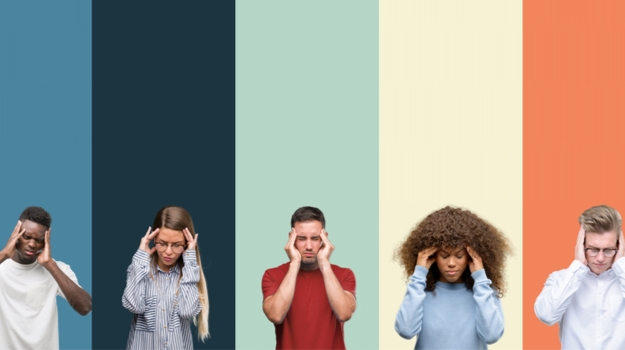 For those who suffer from migraines, relief can be difficult to come by due to the number of symptoms involved, let alone the pain associated with the issue. However, over the past few years, there have been a number of new medications approved for to treat the disorder. And, there are more to come.

Migraine is one of the most common neurological disorders characterized by episodic headache, as well as other associated manifestations, such as nausea, vomiting, phonophobia, which is a fear of loud noises, and/or photophobia, light sensitivity. It is estimated that 12% to 14% of all people, more than a billion worldwide, are affected by migraine headache. BioSpace takes a look at some of the investigational products that could, one day, provide relief for migraine sufferers.

Biohaven Pharmaceutical -- Connecticut-based Biohaven Pharmaceutical is likely to file for approval of its CGRP vazegepant for the treatment of acute migraine this year following positive Phase II/III data announced in December. Vazegepant is a CGRP receptor antagonist delivered in an intranasal formulation. In the Phase II/III trial released in December, the 10 and 20 mg doses of Vazegepant proved to be statistically superior to placebo on the co-primary endpoints of pain freedom and freedom from most bothersome symptoms of photophobia, phonophobia and nausea at two hours following a single dose. In addition to vazegepant, Biohaven is also hoping its other migraine treatment rimegepant will receive approval. In July 2019, the company announced positive Phase III data in migraine. The trial hit its co-primary endpoints of pain freedom and freedom from the symptom that bothers the patient the most at two hours after receiving the drug. The two Biohaven drugs are in a new class of drugs called gepants. Gepants’ method of action targets the receptors for the CGRP protein, which is associated with migraine. Gepants ease the pain and other symptoms by blocking the CGRP pathway. Calcitonin gene-related peptide (CGRP) is a popular target for the treatment of migraine and chronic headaches and multiple companies have focused their attention on developing these kinds of treatments.

Alder Biopharmaceuticals – Alder, which was recently acquired by Lundbeck for $2 billion, is anticipating an approval for its migraine treatment eptinezumab. The Bothell, Wash.-based company is seeking approval for the medication as a treatment for episodic and chronic migraine. If approved, eptinezumab will be the first-to-market IV CGRP therapy for migraine prevention in the U.S., giving it some distinct advantages over other anti-CGRP drugs in the market and under development. Clinical data has shown that following the 30-minute infusion time of eptinezumab, there is a 100 percent bioavailability of the medication in a patient. Last year, Alder CEO Robert Azelby told BioSpace that data is important because that means that 100 percent of the medicine is available to block CGRP and migraine prevention begins in 24 hours. Phase III data showed that eptinezumab was effective in significantly reducing the average number of migraine days in patients with both episodic migraine, 14 migraines or less per month, and chronic migraine, 15 migraines or more per month. Alder is also developing ALD1910, a mAb designed to inhibit pituitary adenylate cyclase-activating polypeptide (PACAP) for migraine prevention.

Impel Neuropharma – In the fall of 2019, Seattle-based Impel Neuropharma enrolled the final patient in its Phase III acute migraine trial. The late-stage trial is assessing the efficacy of its asset INP104 as a treatment for acute migraine. INP104 is a dihydroergotamine (DHE) treatment administered nasally. INP104 delivers DHE to the richly vascularized upper nasal cavity, offering the potential for rapid and consistent biodistribution without need for injection. When the final patient was dosed in the trial, Impel said the data from this Phase III study, as well as a previously completed comparative bioavailability trial between INP104, IV DHE and Migranal are the final clinical requirements to file a New Drug Application later this year.

Zosano Pharma – In December 2019, California-based Zosano Pharma Corporation submitted its New Drug Application to the FDA for Qtrypta, a potential treatment for acute migraine. The company is planning for the FDA to accept the NDA by March 2020. The filing was based on results from the pivotal Phase II/III ZOTRIP trial, in which 41.5% of patients treated with Qtrypta achieved pain freedom at two hours and 68.3% reported freedom from most bothersome symptom also at two hours, both of which were co-primary endpoints. Additionally, 80.5% of patients reported pain relief within two hours, a secondary endpoint. Qtrypta is Zosano’s proprietary formulation of zolmitriptan delivered utilizing its proprietary Adhesive Dermally-Applied Microarray technology.

Trevana – Pennsylvania-based Trevana, Inc. is developing TRV250, a novel G protein-selective delta-receptor agonist being assessed as a potential medication for the acute treatment of migraine. In December 2019, the company presented Phase I safety and tolerability data at the 58th Annual Meeting of the American College of Neuropsychopharmacology was well-tolerated up to 30 mg, with a PK profile appropriate for an acute migraine therapy. There were no serious adverse events reported. As a selective delta receptor modulator, TRV250 is not expected to have the abuse and addiction liability of medications targeting the mu opioid receptor, the company said.

Cephagenix – This Denmark-based company launched this month with a focus on developing novel migraine treatments. The medications will be based on the ion channel competence and CNS technology platform developed by one of its founding companies, Saniona. The fledgling company has not yet provided information on the products in its pipeline but some migraine treatments modulate ion channels to ameliorate the conditions associated with the disorder.