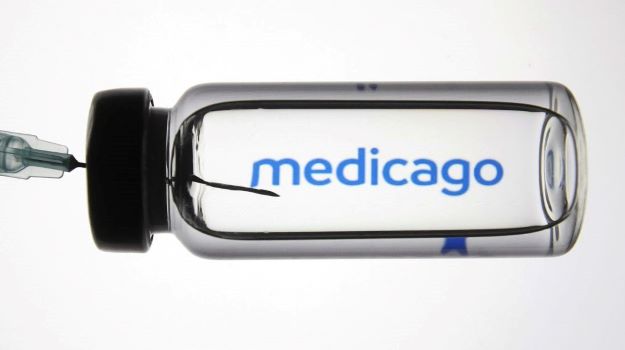 Could the world soon see its first plant-based vaccine? Canada-based Medicago and partner GlaxoSmithKline are hopeful they will be the first following positive interim data from a mid-stage study.

This morning, Medicago announced positive interim Phase II data from its plant-derived COVID-19 vaccine candidate, which has been tested in combination with GSK's pandemic adjuvant. The results are part of an ongoing Phase II/III study.

Data shows that the combination of the vaccine candidate and GSK's pandemic adjuvant induced a significant humoral immune response after two doses. Similar antibody responses were observed in younger and middle-aged adults, as well as elderly adults.

Medicago said the Phase II results reiterate the promising profile observed during Phase I testing that showed each of the test subjects who received an adjuvanted vaccine candidate developed significant antibody and cellular immune responses after two doses.

Nathalie Landry, executive vice president of Scientific and Medical Affairs at Medicago, expressed her excitement at the positive data. After two doses of the plant-based vaccine, Landry said the medication induced robust neutralizing antibody and cellular immune responses in all subjects, irrespectively of age.

“These results give us confidence as we continue to move forward with our Phase III clinical trial. We hope to add another tool in the global fight against COVID-19, particularly as cross-protection emerges as an important consideration in vaccination efforts worldwide,” Landry said in a statement.

Medicago and GSK first partnered on this vaccine in July 2020 after Medicago announced it produced a Virus-Like Particle (VLP) of the coronavirus and began to develop its vaccine candidate. Medicago’s plant-based production platform uses the leaves of a plant as bioreactors to produce the S-spike protein, which self-assemble into VLPs for use in the CoVLP (Coronavirus Virus-Like Particles) vaccine candidate. It is expected that GSKs adjuvant technology may boost the immune response and reduce the amount of antigen required per dose. That will allow more vaccine doses to be produced and therefore contributing to protecting more people.

The Phase III portion of the study began in March. Trial sites are enrolling across multiple countries, including Canada, the United States, the United Kingdom, and Brazil.

“We are delighted to see that the results suggest a very strong immune response. Medicago's COVID-19 vaccine candidate, combined with GSK's pandemic adjuvant, was also well tolerated, reinforcing its potential benefits. We now look forward to the outcome of the ongoing Phase III trial of the refrigerator-stable vaccine candidate as the next step forward in our contribution to the global response to the pandemic,” Thomas Breuer, Chief Medical Officer of GSK Vaccines, said in a statement.

Last year, GSK pledged to manufacture 1 billion doses of its adjuvant technology as part of its commitment to boosting efforts to develop vaccine candidates against COVID-19. The company has struck several deals to provide its adjuvant for COVID-19 vaccines to drugmakers.

Medicago’s plant-based vaccine received Fast Track designation by the FDA in the United States, and Health Canada has initiated a review of Medicago's COVID-19 rolling submission under the Interim Order.