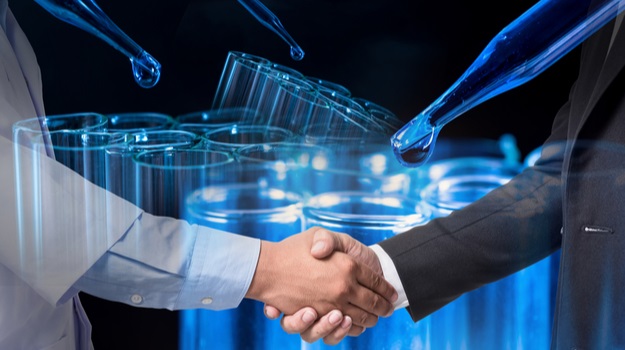 A number of companies are making the transition from the third quarter to the fourth quarter with licensing deals to bolster their pipelines. Here’s a look at just a few of them.

Biohaven Pharmaceutical, based in New Haven, Connecticut, announced it had signed a worldwide license deal with AstraZeneca to develop and commercialize AZD3241. AZD3241 is an oral myeloperoxidase (MPO) inhibitor that AstraZeneca took through Phase II studies. Biohaven will conduct a Phase III clinical trial for the treatment of multiple system atrophy (MSA), a rare, quickly progressive and fatal neurogenerative disease. There is no cure and no effective treatments. AZD3241 will change its identifier to BHV3241.

Biohaven is paying AstraZeneca an undisclosed upfront cash payment and shares in Biohaven. AstraZeneca will be eligible for development and commercial milestones as well as up to double-digit sales-based royalties. Biohaven can investigate all therapeutic indications for the drug except for cardiovascular disease. AstraZeneca, on its part, will not pursue additional MPO inhibitors it currently has in early stage cardiovascular development for neurologic diseases for the next five years.

Roivant Sciences, a Vivek Ramaswamy company, completed a deal with San Diego-based Patara Pharma for global rights to PA101, which will now be dubbed RVT-1601. The drug is a novel formulation of inhaled cromolyn sodium delivered through a proprietary nebulizer device. The deal includes related assets Patara owns.

RVT-1601 completed a Phase IIa clinical trial for idiopathic pulmonary fibrosis (IPF). Pulmonary fibrosis is a family of lung diseases noted by scarring and thickening of lung tissue. This leads to an irreversible decrease of lung function and reduced life expectancy. IPF is the most common interstitial lung disease. In the clinical trial, the drug showed a statistically significant decrease in daytime and 24-hour cough frequency in IPF patients compared to placebo after 14 days of treatment.

No financial details were announced. It was suggested, although again, there were no details, that a new “Vant” company will be formed around this drug. Current Roivant companies include Myovant, Axovant, Arbutus, Urovant, Enzyvant, Dermavant, Genevant, Metavant, Immunovant, and Altavant.

Monoclonal antibodies are being used in a variety of diseases, ranging from Alzheimer’s disease to cancer. This allows scientists to use the body’s immune system against target molecules, cells or pathogens. The preferred method for generating fully-human monoclonal antibodies is the use of transgenic mice. Generally, there were limitations because the first generation of these transgenic mice express only a small percentage of the normal human antibody diversity. Trianni’s platform uses advanced DNA synthesis and other techniques to create a next-generation drug discovery system using The Trianni Mouse, which is genetically engineered to produce high potency, specificity, manufacturability, solubility and low risk of immunogenicity.