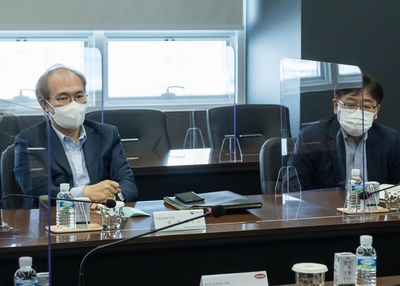 KNIH disclosed on July 1 that as the first company for this field inspection, it visited Hanmi Fine Chemical, which is a subsidiary of Hanmi Pharmaceutical Group and specializes in pharmaceutical products and conducted the verification of technical capability of Hanmi which recently succeeded in the synthesis of six types of mRNA core materials.

Mr. Kwon, President of KNIH, confirmed the mass production capability of six type of mRNA core materials, which Hanmi Fine Chemical succeeded to develop recently during the research which started late last year and the potential of Hanmi as Korea's vaccine production hub. He asked Hanmi to continue the research and development to help Korea secure national sovereignty in the production of vaccines.

Responding to President Kwon's question "May I assume that Hanmi is the only company that has the capability of producing mRNA in Korea now?", Chong-Yoon, Chairman of Korea Biotechnology Industry Organization (CEO of Hanmi Science) answered stating, "Yes, we have the capability.", adding "Though its monthly production may vary, Hanmi is the only company in Korea that has the ability of producing and supplying materials for 300 million doses within 12 months and Hanmi can rapidly supply the core materials of mRNA which is now in short of supply worldwide."

Mr. Kim Do-Geun, Research manager of infection disease vaccine, who worked as a researcher of bio formulation department in KFDA said, "We have been able to confirm that Hanmi Fine Chemical has accumulated technology in mRNA which it has been pursuing since last year". He added, "I expect that the companies and the government can cooperate with each other for Korea to become independent in the production of nucleic acid vaccine."

On the other hand, in this inspection, it was found that Hanmi Science is in the process of participating in WHO's plan of constructing regional hub for the worldwide supply of vaccine.

This is the project for the construction of a base for mass production of vaccine to supply the vaccine worldwide through WHO and COVAX as part of KORUS Global Vaccine Partnership as agreed in Korea-US Summit held last May.

In fact, WHO officially announced on the 21st by referring South Africa as the first candidate for vaccine hub, saying "We are currently discussing the construction of the first production base of COVID-19 mRNA vaccine in South Africa." Mr. Tedros Adhanom Ghebreyesus, Director-General of the World Health Organization said in the press briefing, "It is good news for Africa which has suffered from the lack of access to the vaccine."

Related to this, Lim Chong-Yoon mentioned, "Though what would be the final conclusion remains to be seen, it is noteworthy that WHO considers Korea an important country as a global vaccine hub".

On the 21st, the White House also announced on the global supply of vaccine, "1 billion doses would be produced in 2021 and 2022 respectively in Africa and India". In addition, the Korea Government said at the G7 summit held in UK on the 13th, "Korea will contribute 100 million US dollars to COVAX AMC (Covid-19 Vaccines Advance Market Commitment).

In addition, K-Bio vaccine hub consortium is able to provide rapid supply of vaccine raw materials to Africa and India, where concern mounts over a variant of coronavirus through its manufacturing and R&D capability. 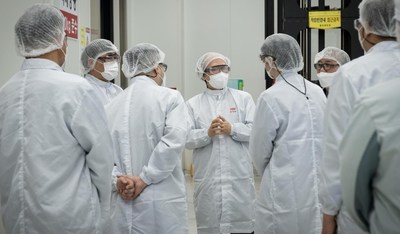 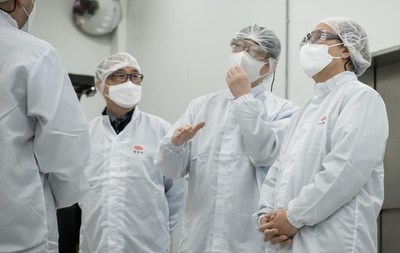 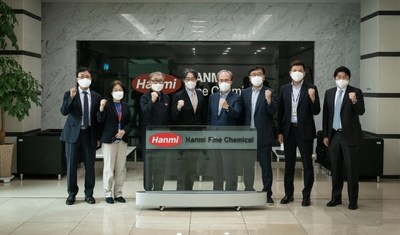