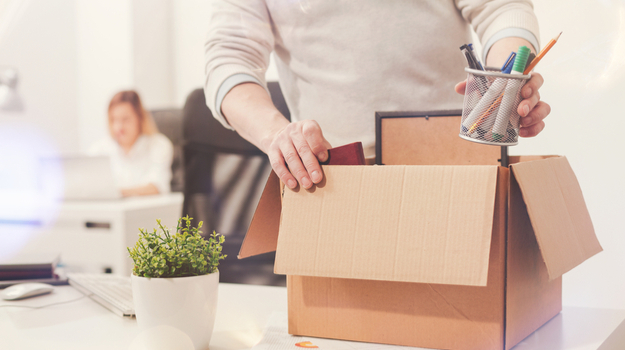 As the economy ebbs and flows, pharma and biotech companies alike are feeling the pressure to cut costs. From rapid inflation to the ever-changing regulatory landscape, many are looking for ways to reduce their burn rate.

One way to do this is by reducing staff, and so far, the layoff trend has continued into the second half of 2022. For that and more, continue reading.

Bristol Myers Squibb announced it plans to cut up to 260 jobs at two different sites in San Diego. The company indicated the layoffs are related to its $4.1 billion acquisition of Turning Point Therapeutics, a deal that closed in August.

AbbVie’s Worker Adjustment and Retraining Notification (WARN) filing indicated plans to axe up to 99 jobs in Irvine, California. The cuts are expected to occur in November. Per the Irvine Chamber of Commerce, the site is an Allergan manufacturing facility.

Palisade Bio is laying off 20 percent of its workforce, the company announced Thursday. The news comes a month after the company raised nearly $14 million in a public offering.

IMV reported plans to lay off one-third of its staff this month as part of a strategic reorganization. It plans to focus its remaining resources on its ongoing MVP-S program, which includes the Phase IIB VITALIZE trial in relapsed/refractor DLBCL and Phase IIB AVALON study in advanced metastatic ovarian cancer.

ObsEva SA announced an update to previously restructuring activities, including plans to pink-slip about 70% of staff, including Katja Buhrer, the company’s chief strategy officer.

Rubius Therapeutics announced it was terminating 75% of its staff as part of a restructuring plan to focus on its Red Cell Therapeutics technology.

Novartis officially announced plans to shutter the Sandoz generics factory in Wilson, North Carolina. The site will close around the end of 2023. It currently employs about 246 staffers and specializes in pharmaceutical oral solid dosage products for distribution in the United States and Canada.

Finch Therapeutics plans to reduce its workforce by 50 full-time employees as part of a corporate restructuring, the U.S. Securities and Exchange Commission reported Thursday. It will also axe its planned trial studying FIN-211 for the treatment of autism as part of the restructuring plan.

Codiak BioSciences announced it is implementing a corporate restructuring and program reprioritization. As a result, its workforce will be reduced by 37% to 53 full-time employees.

Ahead of Sandoz's spin-off, Novartis plans to close a facility belonging to the subsidiary in Wilson, NC by the end of 2023, according to reporting by The Triangle Business Journal. 246 people are employed at this site, which specializes in the production of oral solid dosage products for distribution in the U.S. and Canada.

Novartis: Novartis reported that of the 1400 jobs it plans to eliminate in Switzerland, approximately half will include leadership and management positions. Matthias Leuenberger, the head of Novartis Switzerland, told the press at a media event that the first people to be laid off will be told "in the coming weeks."

Atara Biotherapeutics: In a WARN notice to the state of California, Atara announced it will lay off 77 employees in three different sites across the state. This follows the company's announcement in early August that it planned to cut 20% of its workforce in order to extend funding into 2024.

Biogen: Biogen announced it expects to lay off a potential 1,000 staffers to cut about $1 billion in costs, according to The Boston Globe. This is largely due to the rollout of its controversial Alzheimer’s drug, Aduhelm (aducanumab), which has not performed as Biogen expected.

Absci: Just over a year after going public, drug design and development company Absci laid off about 40 employees in a company-wide restructuring effort, according to The Oregonian. CEO and founder Sean McClain cited the "macro-economic conditions of the past few months" as the reason for the layoffs in a blog post on the company's site.

10x Genomics: 10x Genomics laid off about 100 staffers, which added up to approximately 8% of its full-time employees. This news came shortly after a second-quarter report showing revenues were down 1% from the same quarter of the previous year.

Talis Biomedical: Talis announced it plans to cull its workforce by 35%. In the announcement, it said the cuts will aid it in extending its cash flow into 2025. The company’s financial problems seem to be related to the beta rollout of its Talis One diagnostic system, which it reported has been delayed.

Assembly Biosciences: Assembly Bio is reducing its workforce by 30% in order to focus on its most advanced programs. The company will be directing its focus to its next-generation core inhibitor programs ABI-4334 and ABI-H3733, which are being developed for the treatment of Hepatitis B.

X4 Pharmaceuticals: X4 announced it is reducing its workforce by approximately 20%. The company will focus on advancing its treatments for neutropenic disorders, including mavorixafar, its lead product candidate, a first-in-class, once-daily oral small molecule inhibitor of CXCR4.

Biogen: Biogen axed 300 jobs in Massachusetts within the last 10 months, which is roughly 12% of its workforce in the state. The company said the layoffs were part of “cost-reduction measures” that would allow them to save $500 million annually. There are whispers that more layoffs could be coming down the pipeline in the coming months.

Adverum Biotechnologies: Adverum announced it plans to lay off 38% of its workforce. The layoffs are part of the company's plan to focus on advancing its most advanced product candidates and reduce operating expenses. This news came shortly after the European Medicines Agency gave approval to the company's lead product candidate, ADVM-022.