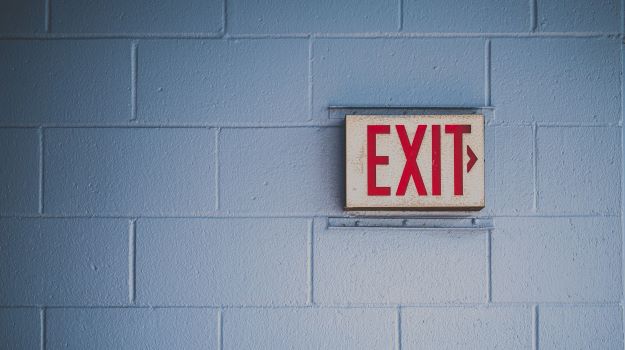 Five years after joining Johnson & Johnson as head of research and development, Mathai Mammen is leaving abruptly to seek other opportunities outside the company.

In a brief announcement Monday night, life sciences giant Johnson & Johnson made the announcement about Mammen's departure. There was no reference to another position that Mammen has agreed to take made by J&J. As of this morning, there are no announcements that Mammen has taken on a new role. In its report, J&J said it appreciates Mammen's contributions over the past five years at the company.

During his time at J&J, Mammen played roles in the development of multiple drugs, including Spravato, the company's esketamine-based treatment for major depression disorder that was approved by the U.S. Food and Drug Administration in 2019, as well as the company's COVID-19 vaccine. He was also involved in the company's M&A efforts, including the acquisition of Momenta Pharmaceuticals and its lead asset, nipocalimab, an aglycosylated, effectorless IgG1 anti-FcRn monoclonal antibody. Mammen was also influential in J&J's decision to partner with Legend Biotech on the development of Carvykti, a CAR-T therapy greenlit by the FDA earlier this year for use in treating multiple myeloma.

Mammen's decision to leave J&J was unexpected but not surprising as executives shuffle between companies, following their own career paths. Over the past several months, notable departures from other pharma companies include new chief executive officer appointments at companies like Versanis Bio and CytoDyn.

In July, CytoDyn brought in Cyrus Arman as its new president, with an intention to shift him into the role of CEO within the next six months. He is expected to take over the company's reins following the termination of former CEO Nader Z. Pourhassan, who was sacked by the company board of directors for his inability to see the monoclonal antibody leronlimab win regulatory approval from the FDA.

Last month, Versanis Bio brought in veteran Mark Pruzanski, the former head of Intercept Pharmaceuticals, to advance the company's obesity asset, bimagrumab. The company hopes its asset, licensed from Novartis, will become a game changer in combating obesity, which is at a 42% rate in the United States.

In July, Christopher Morabito left his role as chief medical officer of Fulcrum Therapeutics to take on the same role at Astria Therapeutics, a company focused on developing therapies for rare and niche allergic and immunological diseases. The company's lead asset is STAR-0215, a monoclonal antibody designed to inhibit plasma kallikrein. STAR-0125 is in clinical development for the treatment of hereditary angioedema.

Another company that had to adapt to the sudden departures of leadership team members is Axcella. In May, the company saw the abrupt resignation of R&D chief Alison D. Schecter and board member Shreeram Aradhye. Schecter left to pursue other opportunities after one year with the company, while Aradhye left for personal reasons, the company disclosed.

While the ink is still wet on the Mammen departure announcement, another announcement will certainly be forthcoming detailing where the J&J R&D chief ends up.