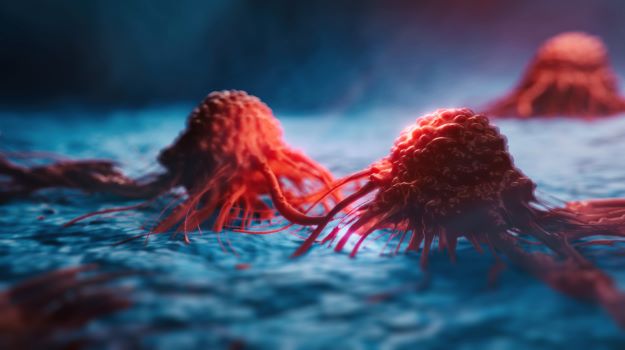 On March 29, Genentech reported results from the Phase III SKYSCRAPER-02 trial of the tiragolumab and Tecentriq combination with chemotherapy as first-line therapy for extensive-stage small-cell lung cancer (ES-SCLC), which also failed to hit its primary endpoint. These flops of tiragolumab, an anti-TIGIT drug, have cast a shadow of doubt over the numerous companies in the process of developing their own anti-TIGIT drugs.

Watertown, MA-based iTeos Therapeutics is developing an Fc gammaR-engaging anti-TIGIT antibody (EOS-448). At the company's first-quarter financial report Thursday, Michel Detheux, Ph.D., president and chief executive officer of iTeos, said, "Notably, the new data we shared at AACR in April indicating a decrease of TIGIT-expressing cells in patient tumor biopsies has heightened our optimism for our program, as it showcases key evidence of target engagement within the tumor in patients who were treated with EOS-448 in a clinical trial. These data support the potential of our TIGIT program and encourage us to pursue an efficient and data-driven strategy that will guide future development activities."

iTeos and GlaxoSmithKline are co-developing the drug. Last summer GSK paid iTeos $625 million upfront in a co-development deal that includes up to $1.45 billion in milestones.

At the time, Detheux noted, "Through this transformative collaboration, iTeos now has access to GSK's best-in-class resources which will provide us with a significant advantage in a highly competitive, global market. We have chosen GSK because of their commercial capabilities, experience in immuno-oncology and their commitment to invest in the rapid advancement of our TIGIT program and create a clear path forward for EOS-448. Inspired by the multifaceted mechanism of action of EOS-448 and promising early results in clinical trials, this collaboration allows us to accelerate and expand the clinical development of EEOS-448."

Although overall, the company came off as optimistic about the program, it noted, "iTeos is working together with GSK to evaluate how best to proceed with additional clinical development of EOS-448 in light of the recent release regarding the Roche SKYSCRAPER-01 study."

iTeos is also evaluating EOS-448 with GSK's anti-PD-1 checkpoint inhibitor Jemperli, Merck's checkpoint inhibitor Keytruda and its own A2A receptor antagonist, inupadenant, in non-small cell lung cancer (NSCLC) and other solid tumors in early and mid-stage trials. It is also evaluating the drug alone and in combination with BMS's E3 ligase modulator iberdomide. iTeos is also working on launching two Phase Ib studies, one to evaluate EOS-448 with Jemperli and inupadenant in advanced solid tumors and another to assess EOS-448 with Jemperli and GSK's anti-CD96 antibody in NSCLC.

TIGIT is a novel inhibitory immune checkpoint that suppresses the immune response to cancer. It appears to act as an immune amplifier when dosed with other cancer immunotherapies. The TIGIT pathway is complementary to the PD-L1/PD-1 pathway, which is the inhibitor immune checkpoint pathway affected by most immuno-oncology therapies to date.

Dr. Levi Garraway, M.D., Ph.D., chief medical officer and head of global product development for Genentech, said of their second trial failure, "We continue to believe that TIGIT may have a role in cancer treatment and we will share additional results from our tiragolumab program as they emerge."

So far, iTeos and GSK appear optimistic about theirs as well.