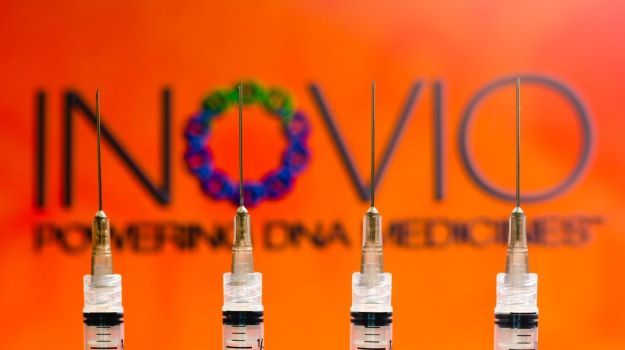 Shares of Inovio Pharmaceuticals are down more than 22% in premarket trading after the company announced a leadership change at the helm and the discontinuation of a Phase III COVID-19 vaccine study.

Pennsylvania-based Inovio announced Tuesday that Chief Executive Officer J. Joseph Kim has resigned from his position, as well as from his role as president and a member of the company board of directors. Jacqueline Shea, who has served as the chief operating officer of Inovio since 2019, will take over the company's reins in his stead.

Before coming to Inovio, Shea served as COO and later as CEO of tuberculosis-focused Aeras, a not-for-profit drug development organization. She also previously held leadership roles at Emergent BioSolutions.

Not only has the company made a change in the C-suite, but in its quarterly financial report on Tuesday, Inovio announced plans to discontinue its Phase III Innovate trial in order to prioritize its heterologous booster strategy for COVID-19. The late-stage study was assessing INO-4800, the company's DNA vaccine candidate for COVID-19. The vaccine candidate is an intradermally-injected DNA plasmid vaccine designed to control the virological spread of COVID-19.

In its announcement, changes in infection rates across the globe indicate the company will need to increase the trial size and cost of the INNOVATE study. In contrast, the heterologous booster market offers greater opportunities due to the endemic phase of COVID-19. So, instead of assessing INO-4800 as a two-dose vaccine, Inovio and its developmental partner Advaccine will examine the drug candidate as a heterologous booster to an inactivated COVID-19 vaccine.

In a separate Advaccine study examining a third dose of a COVID-19 vaccine, the cellular response increased by 1.7-fold. The highest booster effect of INO-4800 was observed with a 2 mg dose of INO-4800 delivered 6 months after a primary series with an inactivated vaccine.

With this understanding, Inovio said INO-4800 has the potential to play an important role in reducing the incidence of severe COVID-19 cases, particularly of viral mutations. The company is discussing this option with regulatory agencies across the globe.

New CEO Shea said the company believes in the potential of its DNA medicines and vaccines. In order to achieve the goals of being able to combat infectious diseases and other indications, Inovio had to "strategically prioritize" its resources to "capitalize on its demonstrated ability to generate functional T-cell and antibody immune responses."

As Inovio moves forward, the company intends to expand its partnership with Advaccine beyond INO-4800 to include heterologous boosters and vaccine candidates covering future COVID-19 variants. The expanded partnership will allow both companies to share data, leverage Advaccine's multiple manufacturing sites in China, and access opportunities globally.

Additionally, Inovio announced a change in plans regarding its therapy for HPV-associated cervical high-grade squamous intraepithelial lesions, VGX-3100. Following input from the U.S. Food and Drug Administration, Inovio will shift its focus to a biomarker study after the regulatory agency said data from the Phase III REVEAL2 study will not be sufficient for approval.

The FDA recommended that data from Reveal2 could be used as an exploratory study to evaluate a biomarker-selected population. Then, Inovio can conduct one or two additional trials in the biomarker-positive population in order to provide enough evidence to support the approval of a marketing application.

In response, Inovio will amend the Reveal2 trial to revise the primary analysis population from the all-comers population to the biomarker-positive population. The change in regulatory guidance, though means that Inovio no longer anticipates filing a Biologics License Application for VGX-3100 in 2023.