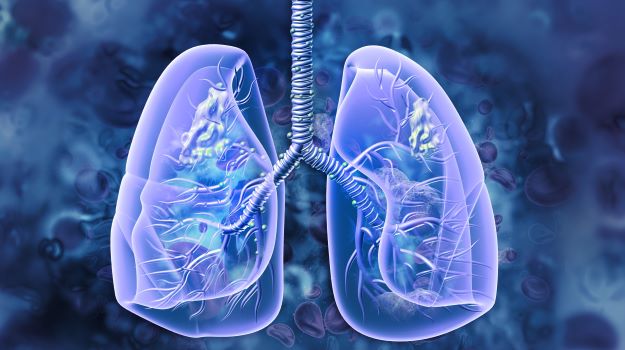 Non-small-cell lung cancer (NSCLC) was a hot topic at the recent European Society for Medical Oncology (ESMO) Congress, where several researchers presented landmark findings, many of which are considered to be firsts. Such results portend advances that could significantly improve survival for patients with this common form of cancer.

Here are some of the NSCLC highlights from ESMO 2022.

Historically, smoking has been considered the greatest risk factor for developing NSCLC. This caused researchers to ponder why non-smokers sometimes develop the disease. They understood there was a correlation with air pollution, and now they have shown it is causative.

In a presentation at ESMO, Charles Swanton of the Francis Crick Institute outlined the mechanism of action and an actionable inflammatory axis for air pollution-induced NSCLC in people who have never smoked.

The team of 20 international researchers analyzed data from 463,679 individuals from England, South Korea and Taiwan. They found that exposure to increasing levels of airborne particulate matter (PM) (2.5 micrometers) in the air was associated with the increased risk of NSCLC caused by EGFR mutations.

“This study was the first to show that air pollution actually causes lung cancer,” said Upal Basu Roy, Ph.D., executive director of research at the LUNGevity Foundation, of the study.

Between 18 and 33 percent of normal lung tissue has mutations in EGFR and KRAS, but that tissue isn’t cancerous, he pointed out. Those mutations occur naturally as people age. What was surprising, Roy told BioSpace, was that, “The researchers found that PM 2.5 didn’t cause mutations. But, if there is a (certain) pre-existing baseline quantity of mutations, PM 2.5 can cause promotion...which actually turns the mutations into cancers. This explains why we’re seeing the rise of lung cancer in never-smoking women.

“Pollution is improving in North America and Western Europe, but is increasing in other parts of the world, especially in low- and middle-income countries,” Roy continued.

“In India, the incidence of lung cancer in never-smoking young people has increased dramatically,” Roy said.

Continuing to reduce global levels of air pollution is the obvious solution, but there’s a pharmaceutical imperative, too.

“Canakinumab blocks IL1B responses and can neutralize the effects of pollution,” Roy pointed out. “The problem is that once you develop cancer, IL1B cannot do anything. The intervention has to happen before the cancer occurs.”

On the therapeutic side, Siow Ming Lee, M.D., Ph.D. of University College London Hospitals presented data from a Phase III IPSOS study of Genentech (Roche)’s Tecentriq (atezolizumab) in 453 patients with NSCLC. The results indicate Tecentriq could be an effective first-line therapy for patients who are not eligible for platinum-based chemotherapy. This includes patients who are considered poor candidates for platinum doublet chemotherapy or who have comorbidities, especially among those 70 years old or older.

This is thought to be the first randomized clinical study to evaluate single-agent immunotherapy in patients with poor prognoses.

As Roche pointed out, “Median survival and percentage of patients alive at two years are two different measures of efficacy in the IPSOS trial and represent different time-points. The overall survival benefit was seen regardless of histology, PD-L1 status and ECOG performance status.”

What this means for therapy, however, is not clear. Lizza Hendriks, M.D., of Maastricht University Medical Center, Netherlands, noted the reasons for why patients were ineligible for platinum-based chemotherapy were not well-outlined in the presentation. After discussing possible reasons for PS ≥2 status among patients in the trial, she said greater understanding of who may benefit still is needed.

“Before Tecentriq can be made available to patients, the findings from the IPSOS study will be discussed with health authorities, followed by an assessment of filing opportunities,” the Genentech spokesman noted.

Amgen also looked at difficult-to-treat NSCLC patients during ESMO, where Melissa L. Johnson, M.D., of the Sarah Cannon Research Institute at Tennessee Oncology, presented data from the Phase III CodeBreaK200 trial. This trial involved patients with KRAS G12C-mutated NSCLC who progressed after being administered platinum-based chemotherapy and a checkpoint inhibitor.

The CodeBreaK200 study indicated a median progression-free survival (PFS) of 24.8% for patients treated with Lumakras/Lumykras (sotorasib), versus a 10.1% PFS for those treated with docetaxel - the current standard of care. The objective response rate also was higher, at 28.1% for Lumakras, versus 13.2% with docetaxel. Overall survival was approximately the same for each of the two groups.

The findings underscore the role of KRAS G12C inhibitors in treating this form of NSCLC among patients who have already failed prior therapies. This suggests Lumakras may be a valid treatment option for this category of patients. Amgen “plans to submit this data to regulators in countries where Lumakras/Lumykras is conditionally approved,” said David Reese, M.D. EVP of R&D, in a statement.

Daiichi Sankyo ADC Shrinks Tumors in All but One Patient

The response rate was 40% for patients with NSCLC and 58% for those with SCLC. DS-7300 shrank the size of the tumor in all but one of the lung cancer patients. A Phase II trial has begun for patients with extensive-stage SCLC.

Daiichi Sankyo describes DS-7300 as “an investigational B7-H3-directed ADC…comprised of a humanized anti-B7-H3 IgG1 monoclonal antibody attached to a number of topoisomerase I inhibitor payloads via tetrapeptide-based cleavable linkers.” B7-H3 is overexpressed in multiple types of cancer and is often associated with poor prognoses. As yet, no therapies have been approved for this transmembrane protein.