I Have a Dream… Five Dreams for Biotech 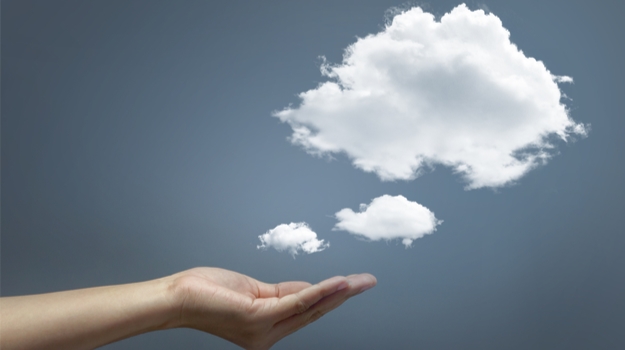 In August 1963 the Rev. Martin Luther King delivered his famous “I Have a Dream” speech that called for equality among all people, regardless of their ethnicity, as well as a vision for a better America for all.

While the noble dreams that King outlined on that hot day in Washington, D.C. so many years ago have unfortunately not yet been fully realized, there are other kinds of dreams that may be closer to being achieved, particularly in the area of new medications for serious diseases. We are coming closer to realizing potential cures for some deadly diseases with advances in new modalities, such as gene therapy. Gene therapies have the potential to cure patients with a number of historically untreatable chronic conditions including sickle cell anemia, lymphoma and leukemia, and spinal muscular atrophy. While there is significant promise in gene therapies, there is also a hefty price tag. Novartis’ Zolgensma, a gene therapy for spinal muscular atrophy, has a list price of $2.1 million, which makes it the most expensive treatment on the market. Luxturna, a gene therapy developed by Roche’s Spark Therapeutics for a rare form of blindness has a price of $850,000.

Here are five “dreams” that patients are hoping will come to fruition.

I Have a Dream for a Lasting Alzheimer’s Treatment

Developing a treatment for Alzheimer’s disease has proven difficult. Multiple companies have come up to bat only to have their assets fail in the clinic – several in late-stage development. The repeated failures broke the heart of patients and family members, as well as the hearts of investors in those companies. Several companies abandoned their research altogether but, there could be a glimmer of hope on the horizon from Biogen, a company that has refused to give up on the dream. Last year Biogen had been on the cusp of abandoning its aducanumab program for Alzheimer’s disease but in the fall, the company reversed that and now appears to be close to seeking approval. It all came about after the company and its development partner, Eisai, poured over their clinical data, particularly larger datasets that became available, and discovered positive results. High doses of the drug seemed to be having an effect, the companies realized. Biogen anticipates a regulatory filing this year and, with so many failures in the past, it seems that a dream of an Alzheimer’s treatment could soon be on the market.

I Have a Dream for a Cure for ALS

Amyotrophic lateral sclerosis (ALS), also known as Lou Gehrig’s disease, is a progressive neurodegenerative disease that affects neurons in the brain and the spinal cord. The disease is usually fatal within two to five years of diagnosis. Patients with ALS eventually lose the ability to control muscle movement, which eventually leads to total paralysis and then death. Currently there is no known cure for the disease but there are a few treatments on the market that can slow progression of the disease – for a time. It is estimated that the number of diagnoses will grow globally more than 69% by 2040 to an expected 376,674 patients. And that’s why there’s such a need for new treatments for this dreaded disease. There have been a few drugs approved, such as Exservan, a riluzole oral film (ROF) ALS treatment developed by specialty pharmacy company Aquestive Therapeutics. Aquestive won approval in November. Privately-held ITF Pharma, a subsidiary of Italfarmaco, won approval for a liquid form of riluzole and in 2017, MT Pharma America, secured regulatory approval for Radicava, the first ALS therapy approved in 22 years. But these only slow the disease. Something that could stay the disease or a cure is the dream.

I Have a Dream for an End to HIV

At one time HIV was also considered a death sentence. Over the years though, it has become more of a chronic disease for those who are diagnosed. Two years ago, when Robert Redfield was tapped as director for the U.S. Centers for Disease Control and Prevention, he predicted the AIDs epidemic can be defeated within the next three to seven years. Redfield, a longtime HIV researcher, said at the time he was appointed CDC director that the tools exist to defeat the disease and that researchers should believe in “the possible.” And there have been numerous advances in treating the disease, particularly with two- and three-drug combinations. Some recent drugs approved include Merck’s Pifeltro and Gilead Sciences’ Descovy. Treatment options such as bone marrow transplants using CRISPR technology and regulating the protein BRD4 are also being studied as a means to treat and potentially cure the disease.

I Have a Dream to See a Cure in Cancer

There are many different kinds of cancer in the world, with variations of the same disease type depending on cellular mutations and other issues. While a cure for cancer is not happening anytime soon, which is a dream for tens of millions of people across the globe, treatments have improved dramatically. Earlier this month, the American Cancer Society reported that cancer-related death rates declined dramatically between 2016 and 2017. On average, cancer deaths have declined by about 1.5% a year for nearly 30 years, according to a study conducted by the American Cancer Society. However, the latest study showed a drop of 2.2%, the largest single drop ever in mortality rates. One of the reasons for the decline is the approval of new medications, such as checkpoint inhibitors that become a cornerstone of oncology drug development. Last year, the FDA made 48 different approvals in cancer. Some were new drugs and others, such as Merck’s Keytruda or Janssen’s Darzalex, won multiple approvals for different indications. Each new approval offers another chance for people to beat back cancer.

The price of prescription drugs in America has been a subject of debate for years. The more people that report rationing their supplies due to the costs of their medications, the more pressing finding a solution becomes. And while many solutions have been bandied about, so far few are sticking. As politicians debate whether or not the role of government should be increased, some companies are taking a new approach, such as the recently-launched EQRx, which has a plan for market-based solutions to drug prices. Alexis Borisy, chairman and chief executive officer of EQRx, aid the prices of new therapeutic approaches are “pushing beyond the limits of common sense, preventing people and society from equally benefiting from innovation.”

Lawmakers are pushing various pieces of legislation, but the partisan divide is likely to limit any real movement on those bills. In December, a report showed that there had been a decline of drug prices last year of 1%. It was the first time there was an overall decline in prices in 45 years. Despite the 1% decrease in retail prices, total expenditures on prescription drugs rose 2.5% to $355 billion in 2018. At the start of 2020, prices on some drugs shot up by an average of 5%. Over the past several years, the median increase has been 9% and 10%. And as the debate rolls on, the dream will be that one day, in America and across the globe, all people will be able to afford prescription medicine.