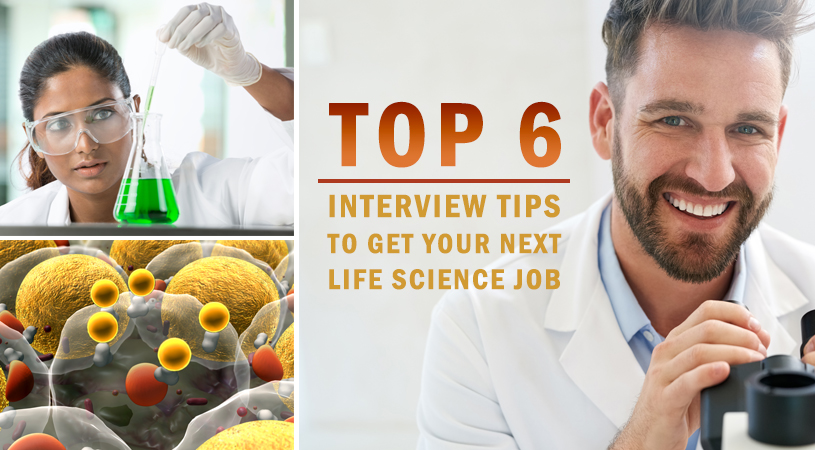 In theory, there are only three real job interview questions. In a Forbes post from 2012, George Bradt argued that those three questions were:

3. Can we tolerate working with you?

As umbrella themes, those make a lot of sense, even though they don’t really get down to the nuts-and-bolts of interview questions. In many cases, life science companies focus on behavior-based interviewing, presenting questions such as “Describe a situation in which you were able to use persuasion to successfully convince someone to see things your way.”

If applying for a technical position in a biopharma or life science company, expect that they will be most interested in your technical expertise in addition to the more typical interview questions. Plan to discuss your current scientific or clinical work within the boundaries of confidentiality agreements, and be able to point to a couple of papers, patents or presentations you’ve made.

Clark points out, “Candidates should be factual and clear about their work, but shouldn’t forget to show their passion.”

It is common for scientists applying for a job to be asked to conduct a seminar on their work. There are often concerns about revealing confidential work, but Clark assures her clients that employers aren’t trying to spy on competitors, but are “simply after a sense of their grasp of the subject matter and their ability to present scientific information in front of an audience.”

To that end, you don’t have to necessarily create a brand-new presentation just for the interview, you can use materials you’ve used elsewhere. This has the advantage of being something you’re knowledgeable about and will be relaxed about presenting. The seminar should be as current as possible. Be prepared, as well, for the audience at the seminar to vary in size. It’s not lack of interest or any intended insult if only a few people attend—sometimes, due to the sensitive nature of both the materials and the hiring process, only a handful of trusted people are invited.

Mostly this also falls under the “stay neat and clean” category. The interview and seminar process can go on all day, and slopping soup or spaghetti on yourself won’t help your case. Clark says, “This sounds so silly and obvious but I have interviewed people with stains from a meal and I mark them down for this…. They always interview from early morning until late afternoon and usually the night before for dinner as well. Therefore, staying neat and presentable remains a challenge.”

This is common in jobs where proprietary science might be discussed, either yours or the hiring company’s. “There are times when companies need to discuss their research with job applicants because people need to understand there is good science behind the company before they will consider a move,” Clark says.

5. Learn to love the four walls.

Sometimes companies will bring you into a single room and the interviewers will come to you. And sometimes, they will even bring the food in to you. This can seem a little claustrophobic, but it’s generally done to protect you.

Clark writes, “Usually this is to protect the applicant’s confidentiality since the science world is a small one and scientists all go to the same meetings and know everyone in the field. In addition, everyone in pharma and biotech change companies and people might recognize the interviewee from a previous company, allowing for an awkward situation.”

“Many of my positions are not board room positions and do not require the appearance of a Wall Street executive. However, appearance matters. A suit and tie are required for men. Women need to dress conservatively,” Clark says.

That said, this can be a little tricky. At a well-known Silicon Valley life science company meeting, all the men in attendance, managers and clients, wore shorts or khakis and casual shirts. The women, all managers, on the other hand, wore dresses. Trying to predict the internal dress codes of companies, particularly in certain parts of the country such as California, can be dicey at best. Conservative business clothing is a good bet and being a little overdressed is probably better than being underdressed.

Following these six tips will give you a head start on landing the job you want.

Carole Martin, who runs The Interview Coach is a consultant to interviewers and interviewees. She previously worked in the human resources department at Sandoz, now a Novartis company. She notes that when she coaches people, in many cases when people don’t get a job they wanted and they talk to her afterwards, she asks them, “Did they get to know you as a person?’ And no one has ever said ‘yes.’ That is a big secret. I believe it’s the same thing: do we like them, is she going to fit in, would we go out for a beer with him?”

She notes that, unlike Bradt’s three questions employers want answered, hers are:

3. Can the company afford you?

And number two can be a big deal. “Do we like him or her and is he or she going to fit in?” Martin told BioSpace. “But it’s important, because the person being interviewed won’t be happy and the company won’t be happy.”