How to Deal with a Controlling Co-Worker 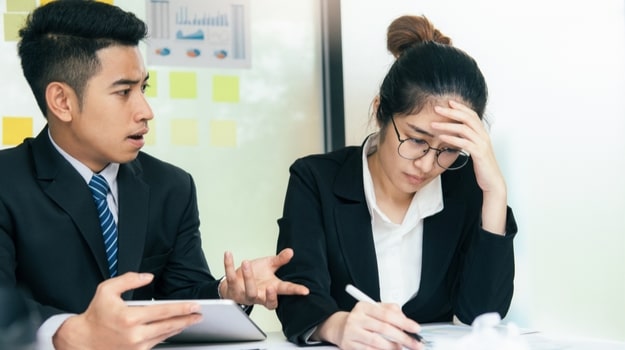 Controlling co-workers come in all shapes, sizes and industries, but they can be particularly problematic in the biotech world, where employees often collaborate on projects in groups, each focusing on the components that they know best. Whether your controlling co-worker wants to hold onto all of the data for their own use, refuses to compromise with you on key aspects of a project or insists that their separate piece of the project takes precedence over yours, you definitely have a problem on your hands. Not only do controlling co-workers interfere with your productivity, but they can make going to work miserable, leading to burnout. Thankfully, there are a few ways in which to “turn the tables” and handle them calmly while keeping your composure.

Ask Them Plenty of Questions

If your co-worker is used to controlling others, they probably aren’t questioned a lot of the time. For example, they’ll find ways to block you from the microscope or refuse to share data with you, preferring to go right to the boss. A simple “why?” the next time that they act pushy can catch them off guard and throw them completely off balance. Plus, it forces them to engage in conversation with you, leading you to ask them even more questions to determine their true motives. Some of their controlling points may make sense (and just be completely mishandled), leading to a peaceful resolution. And even if they refuse to elaborate or share, you’ve at least opened a dialogue with them to build on. This can only lead to a better working relationship and possibly stop some of their future controlling tendencies in their tracks.

Don’t Argue with Them

Arguing won’t get you anywhere. While simple questions asked in a calm tone of voice can lead to some sort of détente, outright arguing will only make things worse. Yes, you’re probably frustrated – and rightfully so – that your co-worker keeps taking control and pushing you out of the way. However, everything should be dealt with calmly, instead of in anger and frustration, which only throws more fuel on the fire. Not only will an argument actually prevent the two of you from getting anything done, but as the person starting the fight, you may find yourself in HR defending your actions. Meanwhile, your controlling co-worker will feel as though they are in the right (since you started the argument, not them) leading to even worse communication exchanges between the two of you in the future. Strive to deescalate the situation and make things better, not worse.

More than likely, your co-worker is considered to be an expert in their field, or they have been employed at the company for a longer period of time than you. As a result, they are most likely used to taking the lead and not having anyone question their judgement. If you pipe up during meetings with your combined group or insert your opinions after they state theirs, then you’ll more than likely gain their respect. In some cases, their lack of respect for others’ abilities is what leads to their controlling behavior in the first place. By showing them that you’re worthy (and have valid thoughts and skills of your own regarding your project), your co-worker may be less controlling in the future, at least where you’re concerned.

Sometimes, despite all your efforts, you need to call in the “big guns.” If you’ve tried asking questions and speaking your mind around your co-worker, only to have them continue to control you, refrain from starting an argument. Instead, simply take notes about specific happenings. Once you have proof of their behavior and how it’s negatively impacting your team, take those points to your boss. Let your immediate supervisor (and the one above them, if necessary) work with your controlling co-worker to determine what the issue is and help them map out a plan to stop their controlling ways. In the end, sometimes, going over their head may be the only way to resolve the problem.

In the biotech industry, a controlling co-worker can completely derail a high priority project. But remember that they most likely have the best of intentions, though misguided, and try your best to join forces with them and show them you can actually help, rather than hinder, their cause. Teamwork is always the best solution when possible.