How Should Your Resume Reflect a Years-Long Gap Between Jobs? 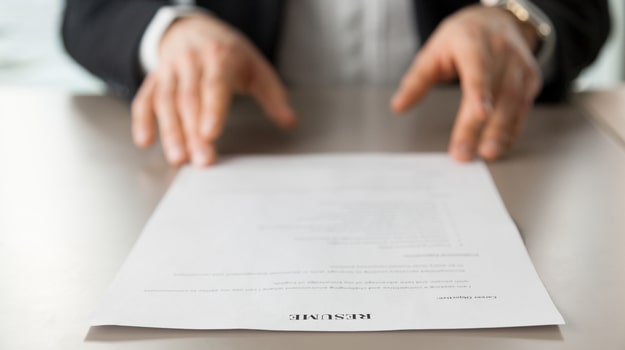 A gap in a resume used to be a death knell for job seekers. No matter the reason for that period of time between jobs – caring for an elderly parent, job seeking, new parenthood – that gap showed employers that the candidate wasn't working, therefore, they may not have had experience with new tools, programs and other things that pertained to the biotech field. Thankfully, this has changed, although the tricky part of reflecting that job gap on a resume still remains.

So, how do you list a period of time when you were out of work on your resume? How can you show employers that your skills are current, despite being out of work for months or years? Thankfully, the answers to those questions aren't as complicated as you think.

Be Honest Regarding Your Employment Dates

Although you may be tempted to fudge the dates of your previous employment to cover things like small gaps in the time you were on the job, don't do it. What seems like a minor white lie could end up becoming one of the reasons why you don't get the job. Potential employers will check with your previous ones, and those adjusted employment dates will end up being discovered. This red flag could end up as one of the reasons why you didn't get the job, as those human resources workers or recruiters will see if as a sign of dishonesty. It's better to put down the real dates that you worked, even if that means a gap in employment will appear.

Fill in the Gap

Just because you're out of work, doesn't mean that you sat around doing nothing during that time. Did you take on freelance work? Even if you wrote one article a week or developed one website at a time due to your other commitments, you can still place this on your resume. Filling in the gap with a catch-all term like "freelance writer" or "freelance web developer" will show employers that your skills aren't out of date, and that your "gap" in traditional employment isn't as bad as it seems. Plus, you can list what you did as a freelancer much like you would a traditional job, making it a solid addition to your resume.

While unemployed, take the time to learn new skills or keep up with your existing ones. Some fields, like biotech, move quickly as new methods and equipment are invented all the time. Others simply require some computer skills and a bit of knowledge. While going back to school for a graduate certificate or advanced degree may be more than your budget or time can allow, there are plenty of inexpensive courses available online that you can take in your own time. Some even offer certificates of completion that you can list on your LinkedIn profile or resume. As long as you show that you did something with your time, like learn new skills, that gap on your resume will definitely seem like less of an issue.

Don't Worry About Your Gap in Employment

According to a survey done by Monster.com, 49% of all employers won't turn away a prospective candidate due to a gap in employment. While this number is slightly less than half of all of the employers in America, it reflects the positive movement and increasing flexibility that employers are experiencing. In the past, anyone with a gap in employment would have a very hard time finding a job. The fact that the number of employers willing to consider candidates with months or years missing on their resume is growing is a positive move in the right direction. Hopefully, this issue with employment gaps will soon be a thing of the past.