Highlighted by Amylyx, the ALS Space is Gaining Momentum 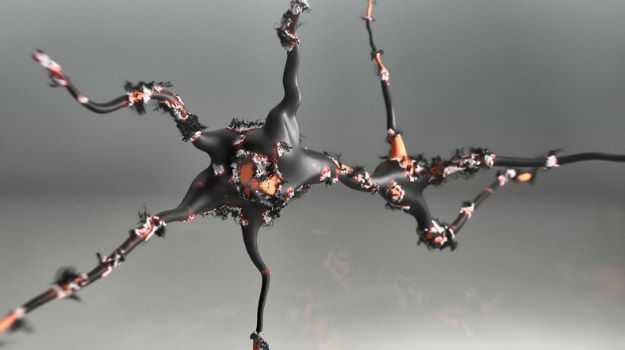 While all eyes this week have been on Amylyx, whose amyotrophic lateral sclerosis (ALS) drug candidate AMX0035 won the recommendation of an FDA advisory committee Wednesday, there are several other approaches on the horizon in a space that is picking up momentum.

With unstoppable progression, ALS has proven to be difficult to treat - arresting the development of its relentless course is the holy grail.

Switzerland-based GeNeuro may have found an approach to halt the progression of the disease. However, the data is still early and has yet to be assessed in humans. Working with the NIH, GeNeuro has focused on the presence of human endogenous retroviruses (HERVs) found within our DNA. The viral elements contribute to neurodegeneration linked to multiple diseases, such as ALS and multiple sclerosis.

Jesús Martin-Garcia, chairman and CEO of GeNeuro, explained that HERVs have been with humans for thousands of years and now comprise approximately 8% of our DNA. Due to the wide variance of viruses throughout history, there is a significant diversity of HERVs found within our genetic makeup, he told BioSpace in an interview. It is possible, he noted, that there are pathogens that can activate these dormant HERVs, which can produce proteins that trigger an immune response.

“Normally HERVs shouldn’t be expressed but for reasons we don’t understand well, in some circumstances, these are being expressed in some diseases,” he said.

When they are expressed, the HERVs create a protein that is toxic to neurons.

GeNeuro is developing antibodies against HERV-K, a culprit linked with sporadic ALS. This is the broadest type of the disease, accounting for about 90 percent of patients. The rationale for the approach and relevance of GeNeuro’s antibody to neutralize this neurotoxic protein, are outlined in two articles recently published in the Annals of Neurology.

Although it has not yet been assessed in human patients, Martin-Garcia said the toxicity was halted in both in vitro and in vivo studies. He noted that regeneration of damage caused by the toxicity was not observed but that progression was halted. Theoretically, if ALS is diagnosed at an early stage, any damage caused by HERV-K could be arrested by one of the company’s antibodies, Martin-Garcia said.

GeNeuro and NIH still need to go through the process of initiating clinical trials in humans, and would “be thrilled if it could be done before the end of 2023.

“It’s important that we go fast. We have to set ambitious goals,” Martin-Garcia said.

GeNeuro isn’t alone in striving to arrest this eventually fatal disease. New targets for ALS are appearing at a rapid pace in recent years.

One potential target recently emerged from a study conducted by Drs. Saud A. Sadiq and Jamie Wong of the Tisch MS Research Center in New York. While researching cerebrospinal fluid (CSF), the researchers found that only the CSF of patients with sporadic ALS led to motor disability and motor neuron degeneration. They did not see this in the CSF of those with familial ALS.

Wanting to determine the culprit, researchers sent the CSF components out for proteomic analysis.

“What we found was that the protein apolipoprotein B-100 seemed to be a factor in sporadic ALS, which was causing what we saw in mice,” Wong told BioSpace in an interview.

Sadiq questioned why “there is no real good model for sporadic ALS.

Wong explained that the normal function of apolipoprotein B-100 is to transport lipids in the blood. It is not normally found in the CSF.

“This is why it was interesting that it was upregulated and found in higher concentrations in sporadic ALS but not at all subtypes,” she said.

Sadiq said additional research along this pathway could lead to new insights into understanding sporadic ALS. He noted the findings will have to be validated in a different cohort and suggested that researchers could follow up with new studies to understand how the protein gets up-regulated in ALS patients.

From there, researchers will need to understand the mechanisms through which this occurs and figure out what can be done downstream. Sadiq expressed an interest in identifying collaborative partnerships to take the research in new directions.

In the Phase IIa study, which included 15 patients, PrimeC showed meaningful clinical outcomes and ALS-related biological markers that were significantly changed. The data showed the biological activity of PrimeC. Phase IIb endpoints include the assessment of ALS biomarkers, evaluation of clinical efficacy and improvement in quality of life.

NeuroSense Co-founder and CEO Alon Ben-Noon told BioSpace the Phase IIb study will assess the efficacy of PrimeC via two key ALS biomarkers as primary endpoints. The first is prostaglandin s, which represents neuroinflammation. The second is TDP-43 accumulation, which Ben-Noon called a hallmark of ALS pathology.  ALS-Functional Rating Scale-Revised (ALS-FRSr) and slow vital capacity (SVC) are co-endpoints. Topline results are expected at the end of the third quarter in 2023.

“The focus on biomarker analysis in this trial has the capacity to create immense value, as super responders to PrimeC may be detected,” Ben-Noon said in an email. “This in turn could lead to a well-designed pivotal Phase III study with a higher chance of success.”

PrimeC has received Orphan Drug status from both the FDA and the European Medicines Agency.

The next ALS treatment on the FDA’s docket for potential approval could be BrainStorm Cell Therapeutics’ NurOwn. In August, the company announced plans to submit a Biologics License Application to the FDA along with corrected analyses it believes strengthens its case. NurOwn is a regenerative medicine that engineers a patient's own cells to produce and secrete factors known to promote neuronal survival.

Like Amylyx, BrainStorm is making a second attempt. In 2021, the FDA discouraged the company from filing a BLA, saying the phase III trial did not meet the threshold of substantial evidence. None of the primary or secondary endpoints were met in randomized groups of patients, the FDA said at the time.

In an update last month, BrainStorm announced a correction to its 2021 article in Muscle and Nerve that indicates a “statistically significant treatment difference of more than 2 points” among a subgroup of patients, those who are at an earlier stage of their illness. BrainStorm noted that for patients in all subgroups with ALSFRS-R baseline scores of at least 26 to 35, treatment with NurOwn showed a statistically significant benefit.

BrainStorm is awaiting the FDA's acceptance of the BLA.