GW Pharma Hopes to Bring Its Second Cannabis-Based Drug Nabiximols to Market in the U.S. 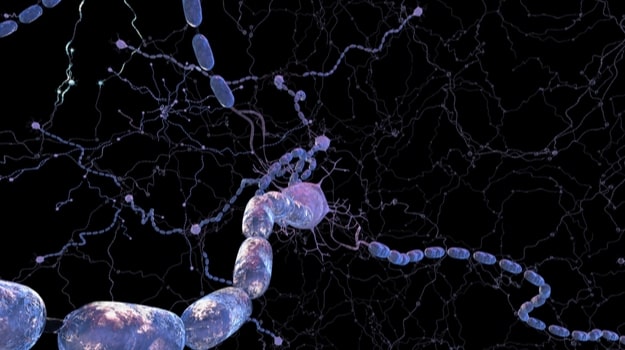 Nabiximols can be the next cannabis-based treatment.

GW Pharmaceuticals hopes to bring its cannabis-based treatment for multiple sclerosis spasticity to the United States.

This morning, California-based GW said it will launch the first Phase III trial studying nabiximols, which is known as Sativex outside the United States, as a potential treatment for multiple sclerosis-associated spasticity. Sativex is approved for use in parts of Europe for this indication. The company is hoping to build on data accumulated from other late-stage studies conducted around the world, as well as approvals in more than 25 countries, in order to seek regulatory approval in America. Positive results from three previous European Phase III clinical studies show nabiximols was well-tolerated and provided continued reductions in patient-reported spasticity for individuals with MS, the company said.

Justin Gover, chief executive officer of GW Pharmaceuticals, proclaimed his excitement about launching the Phase III study in the United States. With strong data from previous global studies, as well as what he called “positive discussions” with the U.S. Food and Drug Administration, Gover said he believes there is a “clear path” to the submission of a New Drug Application as soon as 2021.

“Now is the ideal time to develop nabiximols in the U.S. as research shows a significant percentage of spasticity patients are today self-medicating using unapproved cannabis products to relieve their spasticity,” Gover said in a statement.

Nabiximols is a complex botanical medicine formulated from extracts of the cannabis plant that contains the principal cannabinoids THC and CBD and also contains minor constituents, including other cannabinoid and non-cannabinoid plant components, such as terpenes, sterols and triglycerides, according to company data. The product is administered as an oral spray.

Spasticity is one of the most common symptoms associated with multiple sclerosis. The stiffness in the muscles or involuntary jerking of the muscles can range from mild to severe. There are a few medications approved to treat spasticity, including the generic baclofen and Botox. The FDA is expected to make a decision on Osmotica Pharmaceuticals’ arbaclofen extended release tablets for MS-associated spasticity in December.

If nabiximols is approved, this would mark the second cannabis-based product for GW Pharmaceuticals in the United States. In 2018, the FDA approved Epidiolex as a treatment for seizures associated with two rare forms of epilepsy, Lennox-Gastaut syndrome (LGS) and Dravet syndrome. The approval of Epidiolex marked the first time the FDA approved a drug that contains a purified drug substance derived from marijuana. It also forced the U.S. Drug Enforcement Agency to reclassify the medication as a Schedule V product in order to make it commercially accessible. In August, the FDA approved an oral solution of Epidiolex to treat seizures associated with tuberous sclerosis complex.

The Phase III study for MS-associated spasticity will be a double-blind, parallel, placebo-controlled study that will evaluate the safety and efficacy of nabiximols for spasm frequency over a 12-week period. GW expects to enroll 446 patients. The company noted that its first patient has already been screened and is in baseline evaluation. This won’t be the only nabiximols study GW undertakes for MS-associated spasticity. The company also intends to initiate two additional Phase III studies, including a placebo-controlled muscle tone study and a placebo-controlled spasm frequency study.