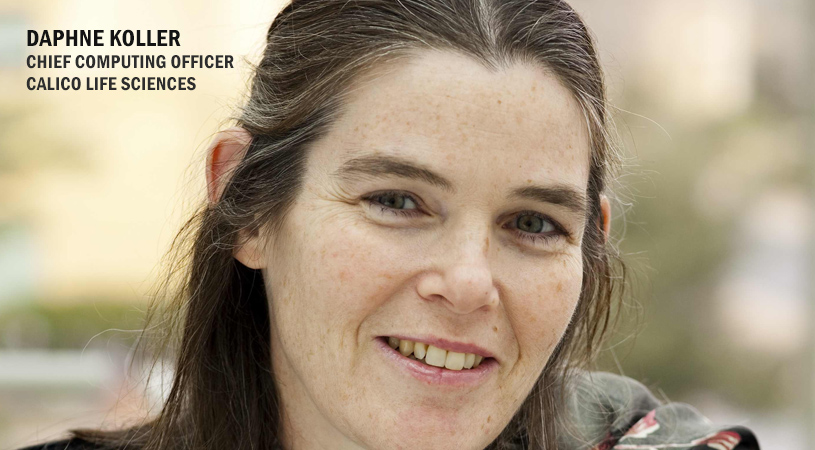 Koller announced the change in a blog post, writing, “I feel compelled to contribute to this important effort, which leverages my background and experience both at Stanford and at Coursera. Therefore, starting next week, I will be joining Calico as their Chief Computing Officer. Calico, an Alphabet company, is focused on understanding the process of aging and on developing interventions that enable people to live longer, healthier lives. At Calico, I will work on the development of new computational methods for analyzing biological data sets, to help move to achieving these important scientific and societal goals.”

It’s not completely clear to analysts, investors and the media exactly what it is that Calico is doing. In September 2015, it announced a collaboration deal with Chicago-based AbbVie . AbbVie focuses on drugs in immunology and virology. As part of the collaboration, Calico is creating a research and development facility to focus on drug discovery and early drug development. Both companies initially ponied up $250 million each, with another additional $500 million possible.

Although there’s been a fair amount of speculation on what the company is specifically doing, not much has been said. The company’s chief executive officer, Art Levinson, formerly Genentech ’s chief executive, told the San Francisco Business Times recently that the company wasn’t secretive, that if they had something significant to announce, it would. Which seems like a classic Google answer when it comes to a number of its so-called “moonshot” companies, something along the lines of telling investors, “Never mind what we’re doing, just trust us, we’re Google.”

One thing Calico does appear to be doing is hiring well-known people. Koller is just another, as is Levinson. The company has also hired former Genentech execs Hal Barron and David Bostein, as well as aging researcher Cynthia Kenyon, a professor at the University of California, San Francisco.

The company has also set up various relationships with companies like AncestryDNA, the Buck Institute for Age Research in Novato, California, the University of California, San Francisco and the University of California’s QB3 institute. In addition, it has ties to the Broad Institute and Jackson Laboratory, and Ancestry Inc. Some of those, at least, provide the company access to an enormous amount of genetic and health-related data on large populations. Which at least gives everyone a hint at what the company might be doing.

In a statement yesterday, Levinson said, “With Daphne, we are bringing to Calico not only one of the world’s foremost experts in machine learning, but someone with a deep passion for understanding how these new technologies could bring forth insights into the biology of aging and disease.”

Koller co-launched Mountain View, California-based Coursera in 2012, for which she acted as co-chief executive officer, and later president. She founded and co-led the company with Andrew Ng. Ng is now chief scientist at Baidu, a Chinese web services company. Both Koller and Ng are co-chairs of Coursera’s board of directors. She was formerly a professor at Stanford University in the computer science department.

“High-throughput experimental protocols are transforming biology into a data science,” Koller said in a statement. “But the potential of the massive data sets that are and that could be produced will only be fully tapped via the development of powerful computational tools.”