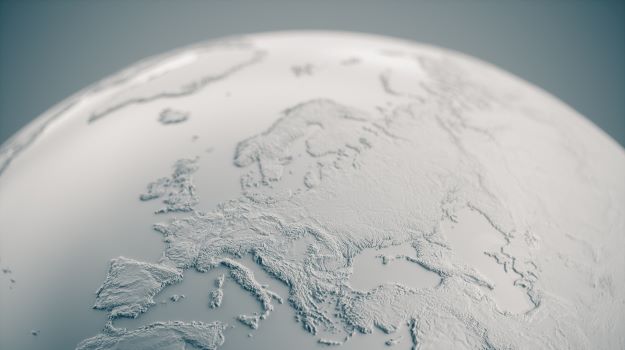 Orbit noted that the partnership with WuXi would increase its capabilities to enable partners to obtain clinically relevant data packs and materials in a rapid timeframe. Orbit will also utilize other capabilities within WuXi AppTec, in particular, their expertise in cell line and assay development and biophysical analysis, the company said.

By incorporating the capabilities within Orbit’s platform, the company said it would enable the development of functional assays against a broader range of targets. Also, it would allow the company to facilitate direct functional screens through the use of novel bead-based technologies and microfluidics.

For Orbit, the partnership with WuXi is a milestone moment. It marks the first strategic technology pairing since its formation in 2016. Orbit said the WuXi deal underlines the commitment of its leadership team to “deliver ground-breaking technology and broader capabilities … for the discovery of peptide therapeutic leads.”

Flow Eightenn38 – Based in Portugal, Flow Eighteen38 secured a €5 million investment, about $5.58 million, into its protein production and biophysical characterization capabilities and services. The financing came from Flow Eighteen38’s parent company, FairJourey Biologics SA. The investment will be used to develop a dedicated, fit-for-purpose laboratory, which will be designed to host a range of “new and bespoke, state-of-the-art equipment to double protein purification capacity.” According to the company, the facilities will have over 15 high-end Fast Protein Liquid Chromatography systems (ÄKTAs) that are individually optimized to scale-up custom production and support unique partner requirements and fast track standard productions.

Fox BIOSYSTEMS – Belgium’s Fox BIOSYSTEMS, announced a novel, label-free assay that can directly characterize the polyclonal antibody response against SARS-CoV-2 in patient blood. The assay will be used to help understand the immune status of patients regarding previous SARS-CoV-2 exposure.

Immunovia – Sweden-based Immunovia received the green light from the College of American Pathologists (CAP) Accreditation Committee based on the positive results of a recent on-site inspection as part of the CAP’s Accreditation Programs. Philipp Mathieu, Immunovia’s acting chief executive officer, said the CAP accreditation signifies their laboratory's highest quality standards and allows the company to continue to roll out the IMMray PanCan-d test in all 50 states.

Freeline Therapeutics – Based in London, Freeline Therapeutics announced the dosing of the first patient in its Phase I/II B-LIEVE dose confirmation study of FLT180a for the treatment of hemophilia B. FLT180a uses a potent and proprietary adeno-associated virus vector capsid (AAVS3) to deliver the functioning gene of a variant of human factor IX and restore normal blood clot formation.

OSE Immunotherapeutics – France-based OSE announced early biomarker analyses from its ongoing Phase I study of the SIRPα inhibitor BI 765063 in patients with advanced solid tumors will be presented at the American Association Cancer for Research (AACR) annual meeting. The goal of the biomarker analyses from the Phase 1 trial with first-in-class SIRPα inhibitor BI 765063 was to characterize the impact of the product on peripheral blood immune cells (PBMCs) and the tumor microenvironment. The company said the early biomarker analyses of paired tumor biopsies from patients treated with BI 765063 show encouraging signs of mode-of-action-related changes. Additionally, the company said these signs were seen in peripheral blood and the tumor.

Pilloxa – Sweden’s Pilloxa enrolled the first patient in the ASTORIA study, an observational trial testing the company’s digital patient-centric adherence solution in cardiovascular disease patients, including newly diagnosed patients with atrial fibrillation. The study's primary objective is to assess the rate of adherence to rivaroxaban, an oral anticoagulant dosed once daily. Atrial fibrillation increases the risk of blood clots in the heart and adherence to oral anticoagulants in patients with atrial fibrillation is of utmost importance to prevent the formation of these blood clots that can be transported with the blood to the brain and other parts of the body.

IN3BIO Research Limited – London-based IN3BIO received Clinical Trial Application approval from the British Medicines & Healthcare Products Regulatory Agency to initiate a Phase I/II clinical trial of its colorectal cancer vaccine. The study will assess the company’s innovative anti-epidermal growth factor vaccine, IN01, with small molecule inhibitors in patients suffering from KRAS, NRAS, or BRAF mutated colorectal cancer. Additionally, the company is in the process of a Series A financing round for the Phase I/II trial and developing a second molecule to advance its global mission.

Medtronic – Based in Ireland, Medtronic plc announced a contract with Vizient to add Touch Surgery Enterprise to bring the service to its healthcare provider partners in the U.S. The company said that a fully integrated hardware and software system connected to the cloud, Touch Surgery Enterprise works efficiently with many laparoscopic and robotic scopes, enabling hospitals to take the first step to digitize their operating room while leveraging existing equipment.