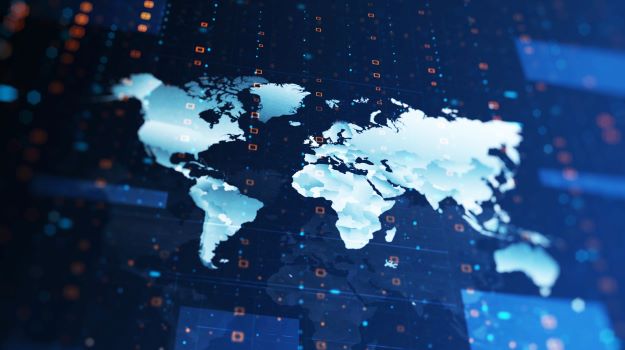 Russia-based R-Pharm Group announced a new rheumatoid arthritis (RA) drug, olokizumab, has been found to offer significant benefits to patients. Findings from the Phase III CREDO study were presented at the British Society of Rheumatology Annual Conference. The results showed significant improvements to the signs and symptoms of RA patients compared to those in the placebo and methotrexate group, not only in biologically naïve patients, but also among the difficult to treat population with active RA inadequately controlled by TNF-α inhibitor therapy, the company announced.

Treatment with olokizumab was well-tolerated and consistent with the established safety profile of anti-IL-6 agents, the company announced.

In May 2020, olokizumab received a market authorization from Russia’s Ministry of Health under the trade name "Artlegia." R-Pharm is currently establishing GMP-certified olokizumab production at facilities in France and Germany to enable prompt approval of the drug in the American and European markets.

IcanoMAB – Germany-based IcanoMAB received positive regulatory advice for the clinical development path of its anti-IL-1R7 antibody in late-stage COVID-19. IcanoMAB has published the pre-clinical proof-of-concept for the anti-IL-1R7 antibody that blocks the signal transduction of the interleukin-18 (IL-18) receptor. Recently, the company secured positive regulatory advice for its clinical development plan in late-stage COVID-19. IcanoMAB is currently entering discussions with interested parties for a development partnership of its anti IL-1R7 antagonist antibody.

Memo Therapeutics – Switzerland’s Memo Therapeutics announced its COVID-19 antibody MTX-COVAB has shown efficacy against both the original virus as well as the UK variant (B.1.1.7).  Memo is now preparing MTX-COVAB for clinical evaluation. Using its microfluidic, single-cell molecular cloning and screening technologies to enable antibody repertoire mining and antibody discovery, Memo can discover novel antibodies at unprecedented speed, efficiency and sensitivity derived from recovered patient samples. This approach has enabled the company to also identify a very promising antibody candidate against the South African variant (B.1.351).

Holborn – Also based in the U.K., AI Solutions company Holborn will launch a dedicated business unit in India dubbed Holborn Wells India. Holborn said the launch is in response to an increasing need for “high-quality and cost-effective molecular In Vitro Diagnostics (IVD) in the country due to ongoing COVID-19 concerns.” Holborn Wells India will develop and deliver IVD products for infectious diseases by leveraging data and innovative diagnostic capabilities, with continued pressure on the nation’s health service as a result of the pandemic accelerating the need for operational capacity. Holborn Wells India already signed a deal with an Indian-based company to produce Holborn Wells’ IVD products in order to assist until a fully operational manufacturing location can be established.

Milestone Pharmaceuticals – Canada’s Milestone Pharmaceuticals Inc. announced an exclusive license and collaboration with Shanghai-based Ji Xing Pharmaceuticals. The companies will develop and commercialize the investigational drug etripamil in patients with paroxysmal supraventricular tachycardia (PSVT) and additional cardiovascular conditions in Greater China. Under terms of the deal, Milestone will receive an upfront cash payment consisting of $15 million and a $5 million equity investment. In addition, Milestone is eligible to receive up to $107.5 million in milestone payments and royalties on future sales of etripamil in Greater China.

BioMed X – Germany’s BioMed X extended its collaboration agreement with Merck. Under terms of the new agreement, Merck will start up to six additional research projects at the BioMed X Institute, building on ongoing research projects in the fields of oncology and autoimmunity. The next joint global crowdsourcing project will explore mechanisms of immune senescence and mitochondrial dysfunction in regulatory T cells and other T cell subsets that are shared in human autoimmunity and aging, BioMed X announced.

Owlstone Medical – Breath biopsy company Owlstone, based in the U.K., announced agreements with Functional Gut Clinic (FGC) and Functional Gut Diagnostics (FGD), leading providers of smart solutions for the diagnosis of gut health problems. The partnership will combine Owlstone’s expertise in breath-based testing with FGC and FGD’s leadership in digestive health, to strengthen the provision of efficient and high-quality at-home breath testing through a UK Lab Services Agreement and accelerate development of future breath tests in digestive health through a Collaboration Agreement.

BD -- BD (Becton, Dickinson and Company) will build a €165 million ($200 million USD) high-tech manufacturing facility in Spain. When operational, the company said the site will employ up to 600 jobs by 2030. Construction is expected to begin later this year. The site will initially have a workforce of 150 people and encompass an area of 86,000 square feet. When fully operational in 2030, the facility will have an area of 323,000 square feet.

Galapagos NV – Belgium-based Galapagos announced that the first patient has been enrolled in the FILOSOPHY Phase 4 European real-world outcomes study. The goal of the FILOSOPHY study is to advance understanding of the effectiveness and safety of filgotinib as it is used with patients with rheumatoid arthritis (RA) in clinical practice.

Basilea Pharmaceutica International – Switzerland-based Basilea was awarded $2.7 million from CARB-X to develop a novel class of antibiotics to treat Gram-negative bacterial infections. Gram-negative bacteria, often called ‘superbugs’ because they have developed resistance at an alarming pace to existing antibiotics, kill an estimated 700,000 people each year around the world.