Global Roundup: Aussie Biopharma Raises $25 Million to Expand in US 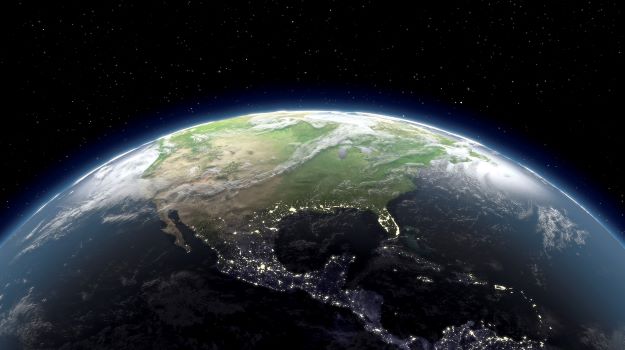 Australia’s Inventia Life Sciences raised $25 million in a Series B financing round. The Down Under company will use proceeds from the raise to support the global marketing efforts of its RASTRUM 3D cell culture platform and more than quadruple its headcount.

In total, Inventia has raised $32 million to support its efforts. In its announcement, Inventia said its global marketing plans include an intention to develop a strong presence in the United States.

Inventia Founder and Chief Executive Officer Julio Ribeiro said the biomedical applications for the RASTRUM platform are highly diverse. As an example, he said the platform is of significant benefit to the biopharma industry because it allows for new drugs to be tested in a 3D cellular environment and eliminated if necessary, long before they reach the stage of clinical trials.

“This can reduce by hundreds of millions of dollars the total cost of bringing a successful drug to market. Similarly, cancer researchers can now work at scale with cell models that mimic the human body almost exactly and produce research results that are more accurate and predictive than before,” Ribeiro said in a statement.

Sigrid Therapeutics – Sweden’s Sigrid Therapeutics AB announced results from the Proof-of-Concept STAR study have been published in Nanomedicine. The study results were from oral administration of product SiPore15 to subjects with prediabetes or newly diagnosed type 2 diabetes. The results showed that treatment resulted in a significant and clinically meaningful reduction in HbA1c, a key marker of glucose control. The treatment also improved several disease-associated parameters while side effects were minimal, the company said.

MaaT Pharma – Based in France, Maat Pharma announced additional data from its Phase II HERACLES study, as well as from its compassionate use (EAP) program in France for MaaT013, its high-richness, high-diversity lead microbiome ecosystem therapy (MET). The data showed that treatment with MaaT013 in patients who developed acute Graft-versus-Host-Disease with gastrointestinal involvement (GI-aGvHD) following hematopoietic cell transplantation demonstrated promising objective gastro-intestinal response rate (GI-ORR) in both groups. The clinical benefit seen with MaaT013 administration positively impacted overall survival (OS) rates of patients that responded to the treatment: OS at 12 months in responders was 44% in HERACLES patients and 59% in EAP patients. MaaT013 was also well tolerated in this heavily immunocompromised patient population.

Memo Therapeutics – Switzerland-based Memo Therapeutics AG received CHF10.5 million (about $11.34 million) from the Swiss Federal Funding Programme for COVID-19 Medicines. The funds were awarded to support clinical development of COVAB 36, a potent, fully-human monoclonal antibody for the treatment of SARS-CoV-2 infections. COVAB 36 can be administered via inhalation, which is believed to be able to potentially enhance patient acceptance. Phase 1 clinical studies with COVAB 36 are expected to begin in the first quarter of 2022.

OncoHost – Based in Israel, OncoHost forged a collaboration with Lung Biobank Heidelberg, a member of BioMaterialBank Heidelberg (BMBH) and the German Center for Lung Research. OncoHost said the collaboration involves the “systematic collection and integration of data” that will be used to refine patient stratification and identify novel biomarkers and therapeutic targets, primarily for immunotherapy-treated non-small cell lung cancer (NSCLC) patients. OncoHost will work with Lung Biobank of Thoraxklinik-Heidelberg to collect blood samples, analyze them and then share the data, with the goal of improving the methods of patient stratification in lung cancer beyond the general biomarkers currently being used.

Monument Therapeutics – Based in the United Kingdom, Monument Therapeutics raised an additional £500,000 to accelerate the development of its anti-neuroinflammation compound MT1980, for Post-Operative Cognitive Decline (POCD). Monument’s MT1980, a lipid-based reformulation of an on-market compound has shown excellent pre-clinical results, which has prompted the company to move the asset into clinical studies faster than anticipated. The first human study for POCD is now planned for mid-2022. POCD is a post-surgical condition where substantial cognitive impairment arises due partly to neuroinflammation triggered by surgery elsewhere in the body.

Romaco Group – The new Romaco production facility in Bologna was officially opened in mid-November with a five-day open house.

Mallinckrodt plc – Ireland-based Mallinckrodt presented results of a retrospective, observational medical chart review study assessing real world treatment outcomes among cutaneous T-cell lymphoma (CTCL) patients who initiated therapy with extracorporeal photopheresis (ECP). The data was presented at the American Society for Hematology meeting. The study examined patient data from CTCL diagnosis to 18 months post-initiation of ECP. In the United States, ECP has been approved for the palliative treatment of the skin manifestations of CTCL that is unresponsive to other forms of treatment.

Cyxone – Switzerland’s Cyxone announced it initiated an early operations agreement with a contract research organization (CRO) to prepare for the upcoming clinical Phase IIb trial of Rabeximod in patients with rheumatoid arthritis. The CRO will support Cyxone in start-up and feasibility activities including finalization of the trial protocol and selection of the countries and trial sites that meet the criteria of the trial design. Rabeximod is a potential first-line oral treatment for patients suffering from the inflammatory disease rheumatoid arthritis. Rabeximod is differentiated from current therapies by suppressing a population of inflammatory cells central to the structural damage of the joints which occurs in RA.

Provectus Algae – Based in Australia, Provectus, a synthetic biology company, secured $11.4 million in a pre-series A funding round co-led by Hitachi Ventures, the corporate venture capital arm of Hitachi and Vectr Ventures of Hong Kong. The new funding will expedite the expansion of the company’s sustainable biomanufacturing platform, support R&D operations to further early stage product development capabilities, increase the commercial production capacity of future and current high-value products under development and drive the commercialization of multiple products already in the company development pipeline. The round was further supported by Possible Ventures, Acequia Capital, existing shareholders and additional private investors.

Transgene – France’s Transgene announced that AstraZeneca exercised its first license option for an Invir.IO oncolytic virus (OV) developed from their ongoing OV collaboration. The exercise of this option for an OV results in Transgene receiving an $8 million payment from AstraZeneca.

Lonza – Switzerland-based Lonza and Agilent Technologies announced a collaboration that could transform the way personalized cell therapies are manufactured and realized.