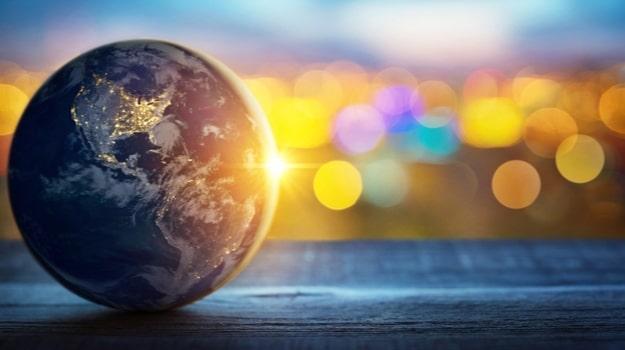 Japan’s Astellas Pharma and FibroGen, Inc. jointly announced the Committee for Medicinal Products for Human Use (CHMP) of the European Medicines Agency adopted a positive opinion related to chronic kidney disease drug roxadustat. The drug is in development for symptomatic anemia associated with CKD. Anemia of CKD is associated with significant impairment in quality of life and progression to adverse cardiovascular (CV) and renal outcomes. If the EMA greenlights roxadustat, it will be the first orally administered inhibitor of hypoxia-inducible factor (HIF) prolyl hydroxylase (PH) available in Europe. The final decision is expected within the next three months.

Roxadustat increases hemoglobin (Hb) levels in patients. It activates the body's natural response to reduced oxygen levels in the blood, the companies said. This process can lead to the correction of anemia with a reduced need for intravenous iron.

The positive CHMP opinion is based on the results from a Phase III program made up from eight randomized studies that support roxadustat as efficacious in achieving and maintaining target Hb levels in patients with symptomatic anemia of CKD regardless of dialysis status and irrespective of prior ESA treatment, the companies said.

CELLINK AB – CELLINK acquired U.S.-based Discover Echo Inc. in a $110 million deal. CELLINK will acquire the fast-growing microscopy business. Under the terms of the agreement, Discover Echo, which manufactures hybrid microscopes, will continue as a standalone company, part of CELLINK’s business area Biosciences. Discover Echo is expected to grow 65% in 2021 and generate approximately $20 million of revenue. CELLINK said its current customer base of cell culture researchers will benefit from Discover Echo’s products.

Italfarmaco Group – Italy-based Italfarmaco Group announced topline data from a Phase II study of Givinostat, the company’s proprietary histone deacetylase (HDAC) inhibitor in 51 adult males with Becker Muscular Dystrophy (BMD). Givinostat did not show significant difference in the primary endpoint compared to placebo. However, significant difference from placebo in MRI of muscles in the whole thigh as well as quadriceps confirmed the ability of Givinostat to counteract muscle deterioration in the treated BMD patients. Based on the results, the company plans to meet with regulators to discuss the next development steps for Givinostat in adults with BMD.

Sanofi – Data from the Phase II/III MEDLEY study of nirsevimab as a potential treatment for RSV in infants showed the drug being developed in concert with AstraZeneca showed a similar safety and tolerability profile compared to Synagis (palivizumab) when administered to preterm infants or those with chronic lung disease (CLD) or congenital heart disease (CHD) entering their first respiratory syncytial virus (RSV) season. Previously, Sanofi reported nirsevimab met its primary endpoint of achieving a statistically significant reduction of LRTI caused by RSV in healthy preterm and term infants in the Phase III MELODY trial.

MaaT Pharma – France-based Maat Pharma announced the Data Safety and Monitoring Board (DSMB) recommended moving ahead with the fourth cohort of the dose-finding Phase 1b CIMON clinical trial, without modifications. The CIMON trial is an open-label Phase Ib study investigating the maximum tolerated dose of MaaT033, over 7 or 14 days of therapy, that supports optimal gut microbiome colonization in patients with acute myeloid leukemia (AML) or high-risk myelodysplastic syndrome who have undergone intensive chemotherapy. The trial is expected to be completed by the end of the year.

Hansa Biopharma – Sweden’s Hansa announced its first-in-class treatment Idefirix (imlifidase) received recommendation from the Swedish New Therapies Council for use in the desensitization of highly sensitized adult patients prior to kidney transplant. Idefirix is the first desensitization treatment to demonstrate positive outcomes in clinical settings. It reduces the risk of hyperacute rejection following transplantation by inactivating the immunoglobulin G in highly sensitized patients.

eTheRNA Immunotherapies – Belgium-based eTheRNA immunotherapies NV and Quantoom Biosciences S.A. will collaborate on the development of a revolutionary RNA production system (RPS) for both research and GMP-grade material. Quantoom and eTheRNA will work together to build an advanced, small footprint technology platform for the production of affordable RNA-based therapies, that can be used either within existing facilities or rapidly deployed to areas of urgent need. Unlike large and costly existing RNA production plants, the RPS will manufacture RNA small modular units, which can be shipped easily across multiple geographic regions. Under the terms of the agreement, eTheRNA will transfer manufacturing technology to Quantoom with all materials and data necessary for the development of the novel RPS.

CN Bio – Based in the U.K., CN Bio announced the King’s College London adopted the PhysioMimix Multi-Organ MPS. King’s College London selected the system to create a unique human-relevant liver-intestinal model for characterizing and manipulating host-microbial interactions, to support improved outcomes in cirrhosis. Launched in March 2021, CN Bio’s next-generation Multi-Organ MPS combines their industry-proven in vitro 3D liver model with a range of other organs, to provide a flexible in vitro human-relevant alternative to animals that facilitates the investigation of inter-organ cross talk effects.

AlzeCure Pharma AB – AlzeCure’s lead drug candidate ACD856 for Alzheimer's disease has been accepted for presentation at Alzheimer’s Association International Conference 2021, set for July 26-30. The abstract, titled ACD856 – a novel positive allosteric modulator of Trk-signaling in clinical development for the treatment of Alzheimer’s disease, includes study results demonstrating how ACD856 binds to neurotrophin receptors, so-called Trk receptors, which are considered to underlie the positive effects that the substance has on nerve cell communication and cognitive function in several preclinical models. Furthermore, data from various preclinical cognition and safety studies will be presented, as well as data from the first clinical study performed with ACD856.

SAGA Diagnostics – Sweden’s SAGA raised €10.5 million in a Series A2 financing round from both existing and new investors. The round was led by Segulah Medical Acceleration and the Society investment syndicate with strong support from existing shareholders such as Hadean Ventures. SAGA is commercializing proprietary technologies to quantify cancer-associated genetic aberrations in tissue and liquid biopsy samples.

Zealand Pharma A/S – Denmark-based Zealand announced it will present three posters at the upcoming 17th Congress of the Intestinal Rehabilitation and Transplantation Association (CIRTA) in New Zealand. The data presented will feature multiple posters related to glepaglutide for the treatment of short bowel syndrome (SBS). Glepaglutide is a long-acting GLP-2 analog being developed as a ready-to-use liquid product in an autoinjector designed for convenient and easy subcutaneous administration. Zealand initiated a Phase III clinical program for Glepaglutide in October 2018. The U.S. Food and Drug Administration granted orphan drug designation for glepaglutide for the treatment of SBS.

BRIM Biotechnology – Taiwan’s BRIM said the Type C meeting with the FDA for its lead dry eye syndrome candidate BRM421. The company plans to initiate Phase III trials in 2022. BRIM421 is a first-in-class peptide. Data demonstrate the drug has the potential to repair damage caused to the cornea as well as treat disease symptoms. Data from a Phase II/III study, completed in 2020, show significant improvements in disease control.

IONTAS Limited – Also based in the U.K., IONTAS said F-star Therapeutics, Inc. dosed the first patients in a Phase I clinical trial, with FS222, a CD137/PD-L1 bispecific antibody. IONTAS applied its proprietary technology to generate a component utilized within FS222, which was subsequently licensed to F-star. The initiation of this trial adds to the growing portfolio of antibodies generated by IONTAS that are entering clinical trials.

HAVN Life Sciences – Vancouver-based HAVN entered into a supply agreement with Allied Health in support of that company’s efforts to develop Psilonex RX Capsules, a proprietary formulation of psilocybin, cordyceps, lion's mane, vitamin B, and other ingredients.

CrestOptics – Italy’s CrestOptics S.p.A. announced it has been selected by Akoya Biosciences Inc. as a premier microscope provider to jointly develop new spatial biology and spatial phenotyping applications. CrestOptics has been invited to the partnership among other leading companies in the field of imaging and diagnostics to support Akoya’s Imaging Innovators Network.

Relief Therapeutics – Switzerland-based RELIEF is acquiring all outstanding shares of APR Applied Pharma Research S.A., a privately held Swiss pharmaceutical company. Relief is carefully evaluating all of the APR programs and will focus on advancing the development of those that offer the optimal strategic fit combined with differentiation that can offer strong growth potential. Relief plans to optimize APR’s product portfolio and out-licensing programs. Furthermore, the Relief/APR management teams will work closely to leverage opportunities to drive revenue growth, accelerate clinical development programs and capture synergies.

Cytovation AS – Norway-based Cytovation forged a collaboration with Merck to evaluate the safety and efficacy of CyPep-1 in combination with Keytruda, Merck’s vaunted anti-PD-1 therapy. Cytovation will expand its ongoing monotherapy Phase I/II CICILIA clinical trial, to evaluate safety of CyPep-1 in combination with Keytruda. Following that, the collaboration will proceed into a Phase II to evaluate the efficacy and safety of the combination in up to 90 patients with advanced head and neck squamous cell carcinoma (HNSCC), melanoma, or triple-negative breast cancer (TNBC). Initial results from the safety study are expected early next year with the Phase II trial scheduled to start shortly thereafter.

Cyxone – Sweden’s Cyxone announced a delay in a Phase II study of rabeximod, a rheumatoid arthritis drug, as a potential treatment for COVID-19. The study was initiated in January. The company pointed to a decline in the number of COVID patients as a reason for the delay.