Three Life Sciences Players Up Their Footprint with Manufacturing Expansions 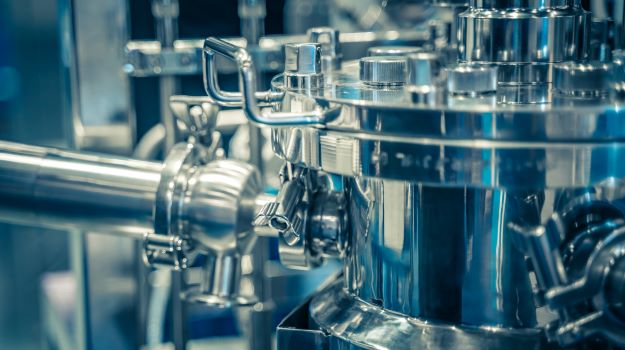 FUJIFILM Diosynth Biotechnologies is continuing to expand its manufacturing footprint. On Wednesday, the company announced it is acquiring Atara Biotherapeutics' cell therapy manufacturing facility in California for $100 million.

Fujifilm is gaining a 90,000 square foot facility capable of supporting clinical and commercial production of cutting-edge T cell therapeutics. Fujifilm will retain current Atara staff at the Thousand Oaks, Calif. cell therapy site to support the company's manufacturing needs. In addition to the acquisition of the site and its staff, Fujifilm and Atara entered a long-term supply agreement for clinical and commercial manufacturing that will run for at least 10 years. Fujifilm Diosynth Biotechnologies will support the manufacturing of Atara's allogeneic cell therapies.

In addition to its long-term manufacturing partnership with Atara, FujiFilm intends to expand the space it is acquiring in order to manufacture a broader portfolio of cell therapies.

Martin Meeson, chief executive officer, FUJIFILM Diosynth Biotechnologies, expressed excitement about the acquisition and its impact on Fujifilm's contract manufacturing efforts. Meeson said the company looks forward to folding the Atara site into its business and bolstering the expansion of its advanced therapies manufacturing business.

For Fujifilm, the acquisition of the Atara space came a little more than a month after the company announced a $300 million expansion of its single-use manufacturing campus in College Station, Texas. In December, the company said the Texas expansion will double its advanced therapy and vaccine manufacturing capacity in the U.S. The Texas facility is expected to be operational by 2024 and will add approximately 138,000 square feet to the existing campus.

In December, Fujifilm also made investments to establish new manufacturing facilities in the United Kingdom and China.

Also, last year, Fujifilm broke ground on its $2 billion cell culture plant in North Carolina. The plant, located in Holly Springs, is expected to be the largest cell culture CDMO facility in North America, with more than 2 million square feet of space.

Fujifilm Diosynth Biotechnologies wasn't the only company to announce additions to its footprint.

On Wednesday, BioCentriq announced that its state-of-the-art clinical manufacturing facility in South Brunswick, N.J., has been completed. The new facility, which is adjacent to the company's existing site, will bolster the manufacturing of allogeneic and autologous cell therapies and gene therapies.

The new site adds an additional 9,000 square feet of manufacturing space. Initial projects are expected to begin work in the facility in the third quarter of 2022, following validation and commissioning of the facility.

"This expansion of our clinical production capacity allows us to meet the demands of our clients." Haro Hartounian, General Manager of BioCentriq said in a statement. "We understand the myriad of challenges our clients face when they are optimizing and scaling up their processes to prepare for clinical manufacturing. Our team's cumulative expertise in process development and GMP manufacturing enables us to meet the growing demand in this space."

South Korea's Samsung Biologics is also expanding its manufacturing footprint. In its fourth-quarter and year-end financial report earlier this week, the company said it is planning the construction of a new manufacturing site this year. The new facility, dubbed Plant 5, will provide "multi-modal product services including cell and gene therapies and next-gen vaccines utilizing mRNA, pDNA and viral vectors."

The capabilities of Plant 5 are in addition to the mRNA vaccine drug substance manufacturing suite at the company's Songdo, Korea location, which is expected to be ready for cGMP operations later this year.

Not content with Plant 5, Samsung Biologics said it is also securing additional land in the Songdo area for the construction of future sites.