Fel d 1 Protein Sparking Curiosity that Could Change the Cat 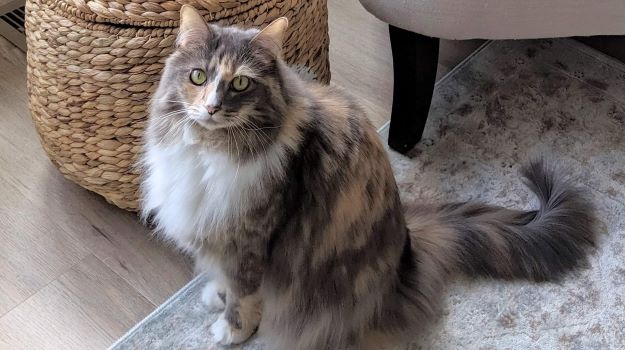 More than 50 million felines roam the homes of more than 20 million Americans. For many people, cats are cuddly, curious companions, but for at least 10% of adults, they mean itchy skin, watering eyes, and sneezing – basically constant misery. This is primarily due to a protein called Fel d 1, and scientists are using a variety of approaches to try to change it.

Since ancient times, felines have been worshipped and revered, even treated as royalty – and any cat lover knows that this hasn’t changed much. In fact, allergic pet parents will go to extreme lengths to find a way to live with their cats. These range from over-the-counter medications like Claritin and Zyrtec to allergy shots (immunotherapy), and obsessive cleaning rituals that rival those of their cats. It is also possible for some to build immunity or at least tone down the over-active immune response over time to reduce the Fel d 1 protein.

Sadly, many cats are still given away or surrendered to shelters due to allergies every year. According to the American Society for the Prevention of Cruelty to Animals, approximately 3.2 million cats are placed in the shelter system every year – the predominant reason being allergies.

Now, companies and scientists are trying to flip the script by changing the cat as opposed to the human. The trend may have begun with pet food giant, Purina, who recently came out with Pro Plan LiveClear, which the company claims can reduce the Fel d 1 protein by 47% after three weeks. That would be 47% less misery for allergy sufferers.

The approach takes advantage of the antibody-allergen interaction to neutralize the protein in the cat’s saliva upon contact with the food, before it has a chance to spread through the air. The new cuisine, released in the spring of 2020, was formulated after research showed that 97% of cats fed a diet with an egg product containing anti-Fel d1 IgY antibodies had an active reduction of the protein on their fur and dander.

Companies such as Indoor Biotechnologies in Virginia are leveraging cutting-edge scientific techniques to not only reduce the amount of the protein expressed but completely knock it out.

The biotech, whose primary business revolves around detecting, testing for, and purifying allergens, is using CRISPR gene editing to try to delete Fel d 1 protein from feline cells.

The team began by sequencing the two genes, chains 1 and 2, that code for the allergen in 50 tissue samples provided by the SPCA from spay and neuter procedures.

Early data, published in the Journal of Allergy and Clinical Immunology in February 2020, show promise for the CRISPR approach.

“The best efficiency we have so far is 55% knockout of the gene, which we were really happy with. The cat cells are not the easiest to work with, so 55% knockout was pretty good,” said Nicole Brackett, the project lead and a postdoctoral scientist at Indoor Biotechnologies.

Brackett and her team have accomplished these results at the DNA level using kidney epithelial cells, which do not express the Fel d 1 protein. The next step will be to confirm that they can do it at the protein level in the cells where Fel d 1 is actually expressed.

The end goal is not to create designer kittens, although Brackett said that this is possible. Instead, the company is aiming to develop a CRISPR-based drug to edit the DNA of existing cats. Allergic pet parents would visit their veterinarian for an injection of the potential drug and bring home a hypoallergenic cat.

With this approach, as with so many scientific advances, the question becomes: Is it ethical? The answer would seem to lay in the role the protein plays in the cat’s overall health and wellbeing – something that is currently unknown.

“Based on where [Fel d 1] is expressed, there's a thought that maybe it plays some sort of role in protecting the skin, or that maybe it acts like a pheromone for chemical communication between cats,” Brackett said.

The team has expanded their sequence analysis to include 24 exotic cats and has seen initial results indicating that Fel d 1 protein may not be necessary to the cat’s survival.

“The gene sequences don't appear to be that well conserved over the course of evolution, which suggest things about whether or not the gene is essential,” Brackett said. “An essential gene, one that would be required for survival or viability, generally doesn't change much over evolution, and we're seeing change between the exotic and domestic cat that suggests that maybe those sequences are not conserved, and maybe the protein is not essential.”

According to Dr. Bruce Kornreich, director of the Cornell Feline Health Center, there is evidence showing that uncastrated male cats produce more Fel d 1 protein than females and their neutered counterparts. This would add credence to the theory that the protein is primarily a mating call.

HypoPet in Zürich, Switzerland is using another unique approach to keeping humans and cats together – a vaccine for the cat itself.

The company, a spin-off from research performed at the University of Zürich, is developing Fel-CuMV, or HypoCat, in which particles from the cucumber mosaic virus are attached to a Fel d 1 protein. This agent then fools the cat’s immune system into recognizing the protein as foreign and creating antibodies to attack it.

While HypoPet has been working on the vaccine since its inception in 2014, it appears to be getting closer.  In 2019, the company published a study in the Journal of Allergy and Clinical Immunology announcing that they had successfully induced an immune response in 70 cats. In 2020, HypoPet published the results of a long-term clinical study on owners of vaccinated cats, showing a significant reduction in allergy symptoms.

HypoPet CEO, Gary Jennings, recently teased that his company has begun working with one of the top global animal health companies, and said that they hope to have the vaccine to reduce the Fel d 1 protein on the market within the next two to three years.