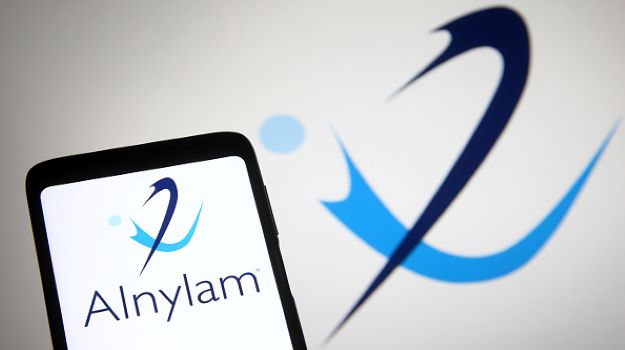 The U.S. FDA approved Alnylam Pharmaceuticals’ Oxlumo for an expanded indication, rare disease primary hyperoxaluria type 1 (PH1), with the label to include patients with the most severe kidney impairment, including hemodialysis.

PH1 is a group of ultra-rare autosomal-recessive metabolic stone diseases. Although it has a variety of presentations, it often presents with kidney stones, which is caused by mutations in the AGXT gene.

In addition to kidney damage, the disease can lead to oxalate deposits in bones, eyes, skin and heart, which can cause severe illness and death.

“Through the findings of the ILLUMINATE clinical development program, I am thrilled to see the potential benefit of Oxlumo, which remains the first and only FDA-approved PH1 treatment option, now be available for a broad range of people living with the ultra-rare disease, including those advanced PH1 patients undergoing hemodialysis,” Jorge Capapey, VP, global rare disease lead at Alnylam, stated.

In July, Alnylam reported positive topline data from the Phase III ILLUMINATE-C trial, which was the basis for today’s approval. The study was in patients of all ages with advanced PH1 associated with progressive decline in renal function. The six-month data showed a significant decrease in plasma oxalate from baseline in patients with advanced disease, including hemodialysis patients.

The trial demonstrated substantial reduction in plasma oxalate in patients on dialysis and patients not on dialysis. It also showed positive results across key secondary endpoints, including urinary oxalate levels and additional measures of plasma oxalate.

There were no deaths or drug-related severe adverse events in the patients. Two patients, however, discontinued the extension period of the study from adverse events, although neither withdrawal was related to the drug.

The sNDA also included data from the open-label extension of the Phase III ILLUMINATE-A and ILLUMINATE-B trials of children and adults with PH1. The label update highlights the maintenance of sustained decreases in urinary oxalate through Month 24 and Month 12, respectively.

Lumasiran is an RNA interference (RNAi) therapeutic that is dosed subcutaneously. The drug targets the HAO1 gene that encodes glycolate oxidase and silences it. This depletes the glycolate oxidase enzyme, inhibiting the production of oxalate.

The drug was previously approved by the FDA for the treatment of PH1 to lower urinary oxalate levels in pediatric and adult patients. It also was approved by the European Medicines Agency to treat PH1 in all age groups under the brand name Oxlumo.

“The significance of the label expansion of Oxlumo cannot be overstated, as this milestone provides crucial reassurance among a patient population with the highest unmet need, as well as their caregivers and loved ones, that Oxlumo is available in the U.S. for patients living with PH1, including those with advanced disease,” Kim Hollander, executive director of the Oxalosis and Hyperoxaluria Foundation stated.

Hollander added that they are grateful to Alnylam for “their continued commitment to the PH1 community and for ensuring that all patients — no matter how severe their disease — have the same opportunity to potentially benefit from Oxlumo treatment.”

The drug is also being evaluated in a global Phase II trial in patients with recurrent kidney stone disease and increased urinary oxalate levels.