"We are thankful to FDA Commissioner Dr. Steven Hahn and his team at the Anti-Viral Division for the unprecedented speed in reviewing our submission, the guidance and the highly collaborative process that ensures this promising drug can advance into the clinical development as fast as possible," said Wendy Holman, Chief Executive Officer of Ridgeback. "We also appreciate the guidance we have received from the Assistant Secretary of Preparedness and Response (ASPR), including discussions that occurred months before COVID-19 first emerged, to help Emory/DRIVE advance the development of EIDD-2801 as quickly as possible to address this global pandemic."

EIDD-2801 prevents the replication of SARS-CoV-2, the virus that causes COVID-19, and has shown potent activity against SARS-CoV and MERS-CoV in animal models of infection. In addition to coronaviruses, EIDD-2801 has broad spectrum activity against a number of diseases of public health concern, including influenza, chikungunya, Ebola, and equine encephalitis (VEE and EEE). The antiviral is orally available and, in addition to COVID-19, is being developed for the treatment of seasonal and pandemic influenza under a contract awarded to Emory Institute for Drug Development by the National Institute of Allergy and Infectious Diseases (NIAID) and for Venezuelan and Eastern equine encephalitis virus (VEEV and EEEV) by the Defense Threat Reduction Agency (DTRA).

"FDA's prompt approval of our IND allows us to initiate human testing for EIDD-2801 as quickly as possible," says George Painter, Ph.D., director of the Emory Institute for Drug Development (EIDD) and CEO of DRIVE. "We are grateful to our collaborators for helping us to assemble this application quickly, and to the FDA for expediting the process. An orally available antiviral medication would be a critical weapon for fighting COVID-19."

Ridgeback and DRIVE have established a partnership to advance EIDD-2801 through clinical development and to optimize availability during the current COVID-19 pandemic. EIDD-2801 was exclusively licensed to Ridgeback in March 2020.

"We look forward to our continued work with the highly experienced drug development team at DRIVE and the dedicated medical, public health and governmental personnel who are on the frontlines of this pandemic – in the United States and abroad," says Wendy Holman, CEO of Ridgeback Biotherapeutics. "The ability to deliver promising treatments to patients in need is what makes us excited to come to work every day. Ridgeback brings its unique perspective, honed by our success developing an Ebola therapeutic during the 2018-2020 outbreak in the DR Congo, to help advance EIDD-2801 for the treatment of diseases that are critical to pandemics and global health."

EIDD-2801 is an orally bioavailable form of a highly potent ribonucleoside analog that inhibits the replication of multiple RNA viruses including SARS-CoV-2, the causative agent of COVID-19. In animal studies of two distinct coronaviruses (SARS-CoV1 and MERS), EIDD-2801 has been shown to improve pulmonary function, decrease body weight loss and reduce the amount of virus in the lung. In addition to activity against coronaviruses, EIDD-2801, in laboratory studies, has demonstrated activity against seasonal and bird influenza, respiratory syncytial virus, chikungunya virus, Ebola virus, Venezuelan equine encephalitis virus, and Eastern equine encephalitis virus. The development of EIDD-2801 has been funded in part with Federal funds from the National Institute of Allergy and Infectious Diseases (NIAID), under contract numbers HHSN272201500008C and 75N93019C00058, and from the Defense Threat Reduction Agency (DTRA), under contract numbers HDTRA1-13-C-0072 and HDTRA1-15-C-0075.

Headquartered in Miami, Florida, Ridgeback Biotherapeutics is a privately held, majority woman-owned biotechnology company focused on orphan and infectious diseases. Initial funding for Ridgeback Biotherapeutics originated from Wayne and Wendy Holman; two individuals committed to investing in and supporting technologies that will make the world a better place. The team at Ridgeback is dedicated to working toward finding life-saving and life-changing solutions for patients and diseases that need champions. Ridgeback is in the process of completing a Biologics Licensing Application with the Food & Drug Administration for mAb114 (ansuvimab) for the treatment of Ebola. Ansuvimab development has been funded in whole or in part with Federal funds from the Department of Health and Human Services; Office of the Assistant Secretary for Preparedness and Response; Biomedical Advanced Research and Development Authority, under Contract No. 75A50119C00059 and 75A50120C0009.

DRIVE is a non-profit LLC wholly owned by Emory University and started as an innovative approach to drug development. Operating like an early stage biotechnology company, DRIVE applies focus and industry development expertise to efficiently translate discoveries to address viruses of global concern. DRIVE's mission is to discover and develop antiviral drugs for emerging infections, pandemic threats, and biodefense (e.g. COVID-19, swine flu, bird flu, dengue, chikungunya, Ebola, Zika, and viral encephalitis). Because these diseases are major threats, antiviral drugs are critically needed to treat them; however, they are generally not profitable enough for industry to pursue, and thus are considered neglected diseases. DRIVE is unique in that it brings industry expertise to the assets of a leading research University to develop potential antiviral drugs to a de-risked value inflection point that substantially increases the probability of the potential drug being licensed by industry and developed for the ultimate benefit of the public. DRIVE's executive team, led by George Painter, has over three decades of drug development experience within both large pharmaceutical and biotechnology companies, including leading the development of multiple FDA approved antivirals to treat HIV and Influenza, among other viral diseases, including AZT and Relenza.

The Defense Threat Reduction Agency (DTRA) was formally established on October 1, 1998. DTRA enables the Department of Defense, the United States Government and International partners to counter and deter weapons of mass destruction and improvised threat networks. As a Combat Support Agency and a Defense Agency, DTRA's mission is to counter the threats posed by the full spectrum of weapons of mass destruction (WMD), including chemical, biological, radiological, nuclear, and high-yield explosives; counter the threats posed by the growing, evolving categories of improvised threats, including improvised explosive devices, car bombs and weaponized consumer drones, as well as the tactics, technologies and networks that put them on the battlefield; and ensure the U.S. military maintains a safe, secure, effective and credible nuclear weapons deterrent. 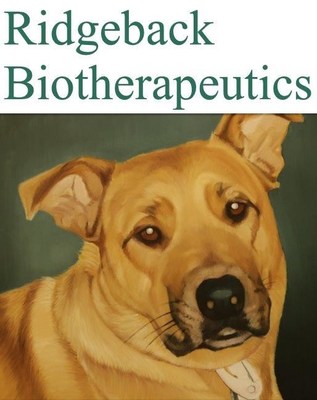