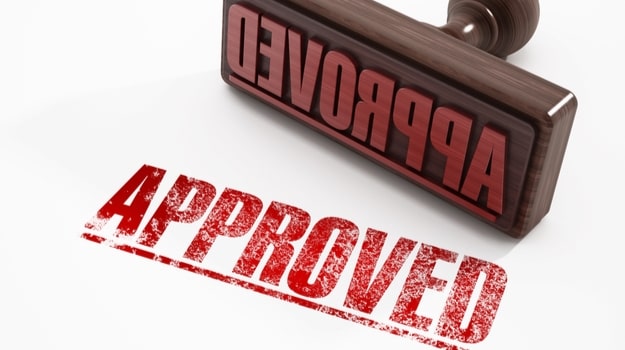 The companies announced late Friday that the U.S. Food and Drug Administration approved Monjuvi (tafasitamab-cxix) in combination with lenalidomide as a treatment for DLBCL. Shares for both companies are climbing in premarket trading, 4.48% and 6.78%, respectively. Monjuvi, a humanized Fc-modified cytolytic CD19 targeting monoclonal antibody, has been approved under accelerated approval by the FDA based on overall response rate.

The FDA approval for Monjuvi was based on data from the Phase II L-MIND study that showed an overall response rate of 55% in patients. That result includes a complete response rate of 37% and a partial response rate of 18%. The median duration of response was 21.7 months, which was a key secondary endpoint for the trial. Continued approval may be contingent upon verification and description of clinical benefit in a confirmatory trial, the companies said.

“The FDA approval of Monjuvi in combination with lenalidomide helps address an urgent unmet medical need for patients with relapsed or refractory DLBCL in the United States,” Hervé Hoppenot, chief executive officer of Incyte, said in a statement. “At Incyte we are committed to advancing patient care and are proud to bring this new and much-needed targeted therapeutic option to appropriate patients and the clinical community.”

DLBCL is the most common type of non-Hodgkin lymphoma in adults worldwide. The disease is characterized by rapidly growing masses of malignant B-cells in the lymph nodes, spleen, liver, bone marrow or other organs. It is an aggressive disease with about one in three patients not responding to initial therapy or relapsing thereafter. The FDA decision represents the first approval of a second-line treatment for adult patients who progressed during or after first-line therapy, the companies said in a joint announcement.

Jean-Paul Kress, CEO of Germany-based MorphoSys AG, said the company is proud that Monjuvi is the first-approved second-line treatment for patients with this indication.

“This approval marks an important step in MorphoSys’ transformation into a fully integrated biopharmaceutical company. We remain committed to developing innovative treatments to improve the lives of patients with serious diseases,” Kress said in a statement.

The FDA previously granted Fast Track and Breakthrough Therapy Designation for the combination of Monjuvi and lenalidomide in relapsed or refractory DLBCL. The Biologics License Application (BLA) for Monjuvi was granted Priority Review and approved under the FDA’s Accelerated Approval program.